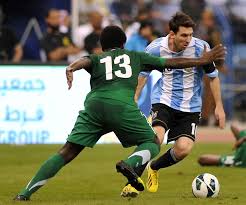 Lionel Messi begins his final World Cup with high hopes for Argentina and a tricky test from Saudi Arabia in Lusail on Tuesday.

Messi’s nation is one of the favorites to go far in Qatar and the one-time finalist would love to add a World Cup to his glittering resume.

Saudi Arabia’s close to home and a tough nut to crack, scrappy and capable of hanging in any game.

Saudi coach Herve Renard is well-experienced on the stage and may have a surprise in store for Group C, where his completely Saudi-based squad has been training together for some time.

How to watch Argentina vs Saudi Arabia live, stream link and start time

Will this be the blast-off for the international careers of Alexis Mac Allister or Julian Alvarez?

And can a Saudi player catch the eye of the international community and even draw the player away from the nation’s domestic league?