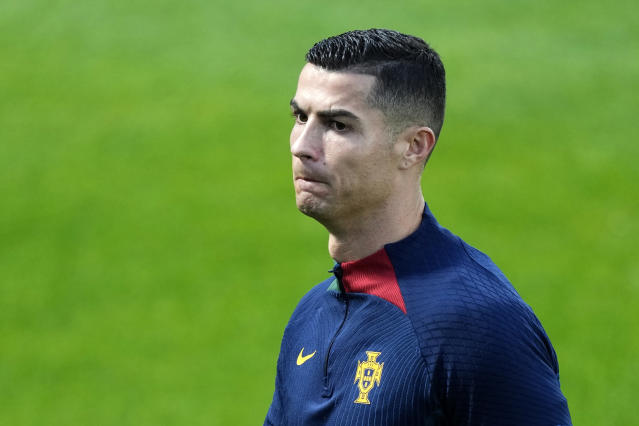 Cristiano Ronaldo’s second spell at Manchester United is over.

According to a report from The Athletic, Ronaldo’s contract has been terminated “with mutual consent.” The termination comes two days before Portugal and Ronaldo play their first game of the 2022 World Cup and after Ronaldo talked poorly of the club in a televised interview in England.

Ronaldo, 37, said that he didn’t have respect for manager Erik ten Hag because ten Hag “doesn’t show respect for me” and that he believed there were certain people at Manchester United that didn’t want him around.

After Ronaldo’s interview was released, Manchester United said that it had “initiated appropriate steps in response to” Ronaldo’s comments. Ronaldo has been widely reported to want a move away from Old Trafford but the team was unable to find a suitor to take on his hefty contract.

Ronaldo came to Manchester United as Juventus was looking to lower its wage bill. Ronaldo scored 18 goals in 30 Premier League appearances but it became apparent that he was not a part of the long terms plans for Manchester United nor did he fit into the pressing style of play the club wanted to implement.

Ronaldo has been relegated to a bench role primarily this season and even stormed off the bench before the end of the game in a loss to Tottenham earlier this season. That move earned him a suspension for the Red Devils’ next game against Chelsea.

The five-time Ballon d’Or winner scored 84 goals in six Premier League seasons for Manchester United before he left for Real Madrid. He played nine seasons for the Spanish giants before moving to Juventus for four seasons.

Now that he’s reportedly no longer a Manchester United player, Ronaldo is a free agent and free to pick his new club. But it’s not easy to see which big clubs would be interested in his services.

He’s still set to be an integral part of Portugal’s World Cup pursuit, however, as the captain of the national team side. Portugal plays Ghana on Thursday as it’s in Group H along with Uruguay and South Korea.