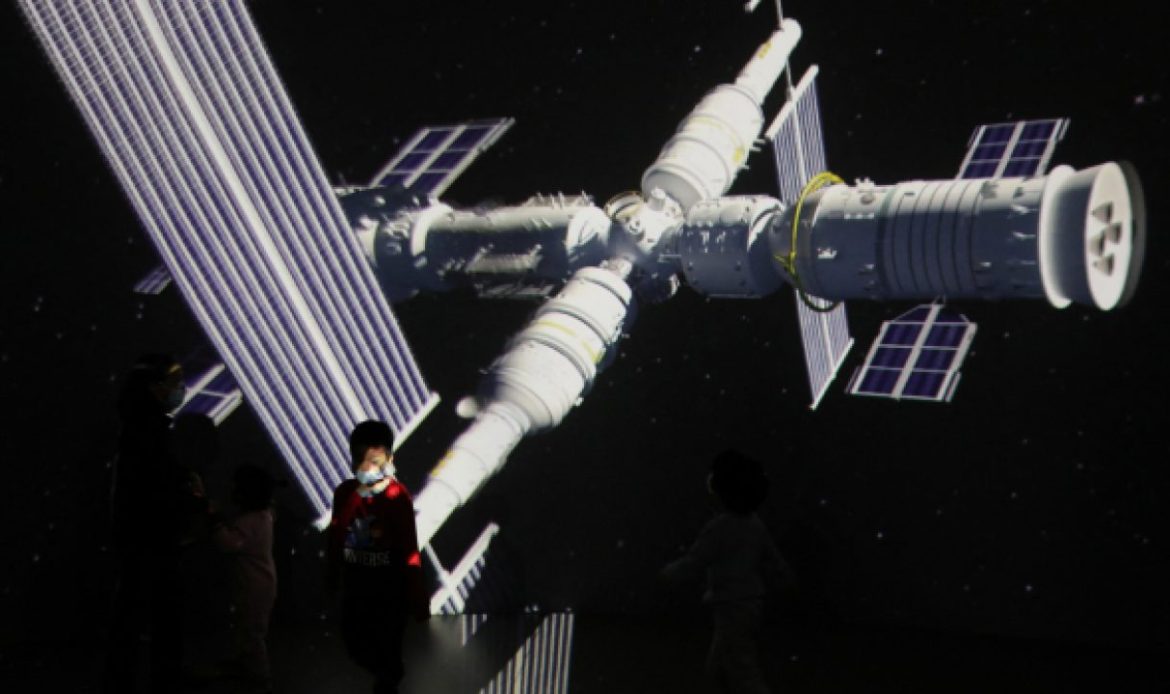 China’s space station will promote in-orbit technical verification for the country’s space solar power plant in the future, Yang Hong, chief designer of China’s space station and the Tianhe core module, said on Tuesday.Key technology verification for the solar power plant will be carried out in two aspects: modules of the plant and an accompanying satellite of it, Yang said.The modules for the test will be assembled in orbit by using the robotic arm outside the space station. After the power plant maneuvers to a higher orbit and expands its antenna and battery arrays, an accompanying satellite with be launched, he explained.China made an announcement in June to build the first-ever solar power plant in space by 2028, aiming to convert sunlight in outer space into an electrical supply to drive the satellites in orbit or transmit power back to Earth.

Speaking at the ongoing China Space Conference held in Haikou, capital city of the southern island province of Hainan, Yang said the power plant is an effective measure for large-scale use of space solar energy, because it can operate free from the impact of weather conditions.

Such a project would be one of the clean energy solutions, but it still faces many technical challenges, he said. Scientists will focus on individual tech breakthroughs in the next step.

With the successful transposition of the Mengtian lab module in early November, China’s space station has formed the basic T-shaped structure.

This marks China’s aerospace technology entering a new stage, Yang said. As the station will reserve technology for follow-up space exploration, it will help China achieve the goals of carbon peaking and neutrality.