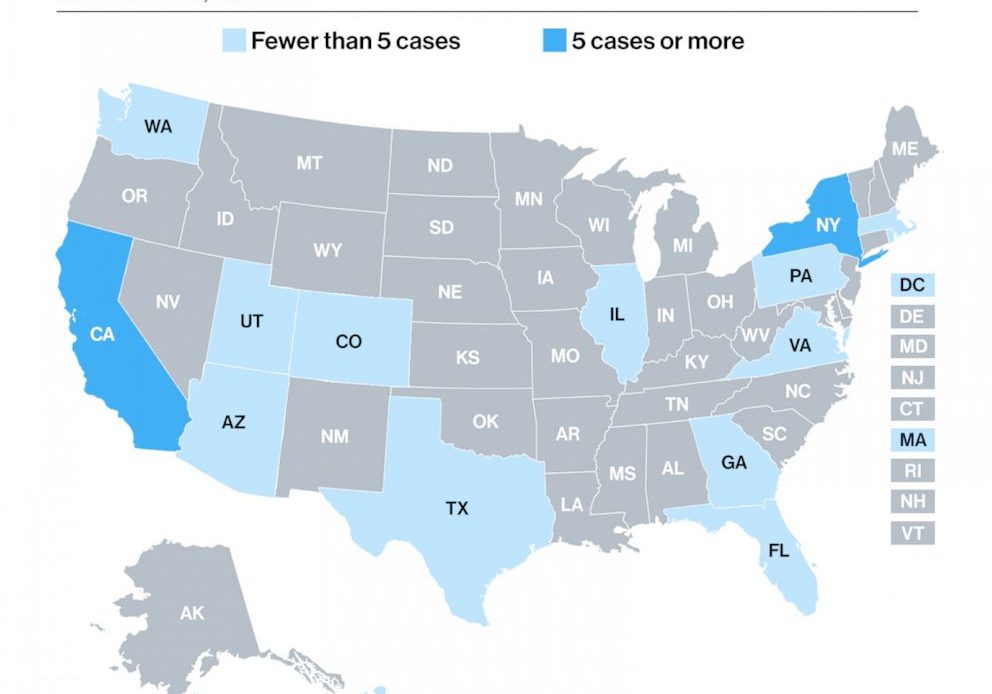 Monkeypox infections continue to tick downward and now number fewer than 15 cases a day, down from an August peak of more than 400.

NBC News is tracking monkeypox cases in the U.S. This data will be updated weekly.

Monkeypox across the country

The disease has been found in every state.

Cases have been recorded in every state, according to the Centers for Disease Control and Prevention. That’s up from 44 states and Washington, D.C., at the end of July and from 14 states and Washington, D.C., at the beginning of June.In total, the U.S. has reported more than 29,000 cases since May. The total worldwide exceeds 80,000.According to an NBC News analysis of CDC data, the seven-day average of reported new cases decreased from an average of 456 on August 6 to an average of 13 on Nov. 16.

The virus is transmitted primarily through close physical contact. Recent cases are mostly among men who have sex with men.

clarations over the continued spread of monkeypox.

California health Infections Maps newspaper US Washington
Previous ArticleIs it Covid, flu or RSV? A few hallmarks can help distinguish among the illnesses
Next Article Right-wing influencers and media double down on anti-LGBTQ rhetoric in the wake of the Colorado shooting