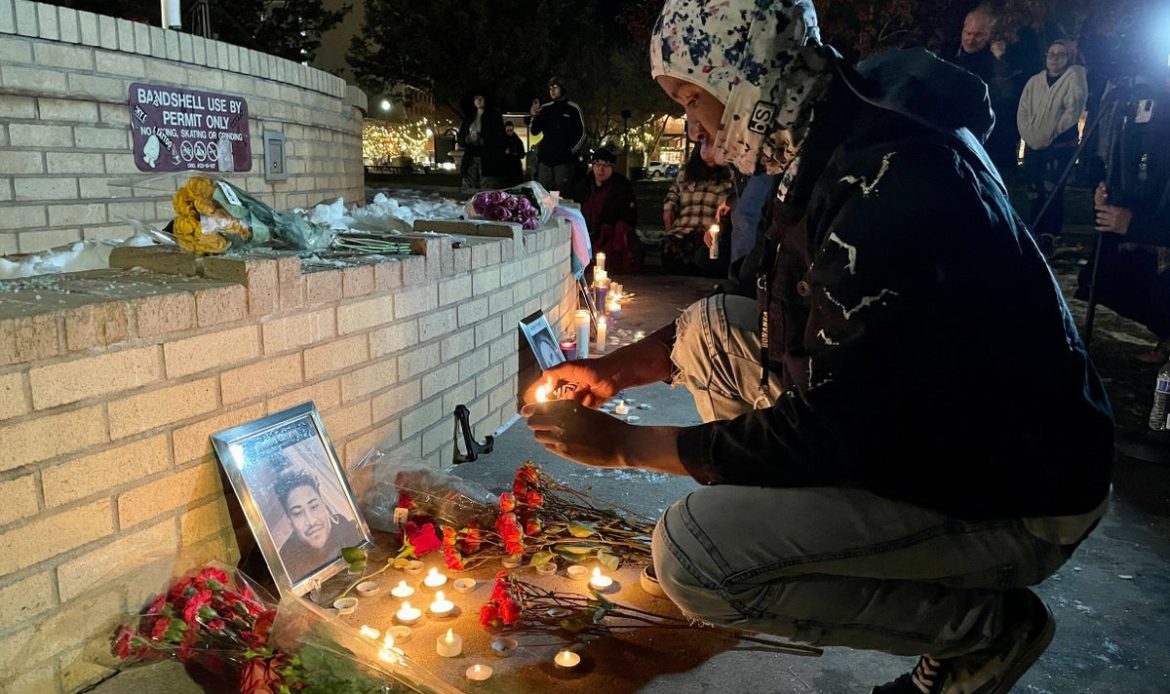 By Ben Goggin and Kat Tenbarge

Some right-wing media figures and influencers have doubled down on the use of inflammatory rhetoric against the LGBTQ community in the wake of Saturday night’s shooting at a Colorado gay club that killed five.

Photos of victims of the shootings at a memorial near Club Q in Colorado Springs, Colo., on Nov. 21.Cecilia Sanchez / AFP via Getty Images

By Ben Goggin and Kat Tenbarge

Some right-wing media figures and influencers have doubled down on the use of inflammatory rhetoric against the LGBTQ community in the wake of Saturday night’s shooting at a Colorado gay club that killed five.

The rhetoric mirrors what LGBTQ advocates have warned about for months, most notably false claims that children are being sexualized or “groomed” by LGBTQ people and events. The Colorado shooter’s motive is unknown, but the primary suspect Anderson Lee Aldrich is facing five counts of first-degree murder and five counts of bias-motivated crime-causing bodily injury, more commonly known as hate crimes. Aldrich’s first court appearance is scheduled for Wednesday.

On Monday evening, Fox News host Tucker Carlson condemned the shooting, focusing on the suspect’s reported history of making a bomb threat in 2021. Three minutes into his nearly 15-minute monologue, however, Carlson’s show displayed a graphic reading “STOP SEXUALIZING KIDS.” On Tuesday evening, Carlson hosted a guest who said shootings would continue to happen “until we end this evil agenda that is attacking children.”

Alejandra Caraballo, a clinical instructor at Harvard Law School’s Cyberlaw Clinic, said that the repetitive messaging from Carlson and others has opened the door for violence against LGBTQ people.“The way they soften up the support for this kind of violence is essentially by making it seem morally justified in the minds of people who believe this,” Caraballo said. “The way they do this is by constantly painting LGBT people as pedophiles and groomers, and so people feel morally justified in carrying out this violence.” Some well-followed accounts on social media that have routinely and misleadingly associated LGBTQ people with sexualizing children continued to do so in recent days.

Tim Pool, a conservative internet personality with 1.4 million followers on Twitter, targeted the venue, Club Q, where the shooting happened.

“We shouldn’t tolerate pedophiles grooming kids,” Pool tweeted. “Club Q had a grooming event. How do prevent the violence and stop the grooming?” Pool appeared to be referring to all-ages drag Sunday brunches that were being hosted at the venue.

Ari Drennen, the LGBTQ program director at Media Matters, a progressive watchdog organization, called Pool’s tweet a false and “insanely dangerous and irresponsible thing to say.” Drennen, who tracks media narratives around LGBTQ people, said not even in her “worst nightmare scenario” did she predict the responses to the Colorado mass shooting.

“So many of these people seem to have crossed over into territory where they’re very comfortable advocating for people to take matters into their own hands,” Drennen said.

Libs of TikTok, a prominent conservative social media brand created by Chaya Raichik that has 1.5 million followers on Twitter and focuses on the LGBTQ community, proceeded with its usual practices on the platform Sunday and Monday, republishing videos and posts from LGBTQ creators with smaller followings and opening them up to harassment and criticism. In one post Sunday, the account focused on Colorado specifically, highlighting a nonprofit that hosts events for kids interested in drag.

Matt Walsh, a prominent conservative YouTuber known for his criticism of LGBTQ people, published a video on Tuesday titled, “Why The Left Is So Desperate To Expose Children To Drag Queens.” Walsh, who has 1.9 million YouTube subscribers, called the shooting “tragic” but doubled down on his attacks on drag queens. “Is it that hard to not crossdress in front of kids? Is the compulsion that overwhelming?” he asked in the video. “If it’s causing this much chaos and violence, why do you insist on continuing to do it?”

Carlson, Raichik, Walsh and Pool did not immediately respond to requests for comment.

Sarah Kate Ellis, president and CEO of the LGBTQ advocacy GLAAD, said the ongoing demonization of LGBTQ people by conservative media figures has taken its toll.

“No one is holding them accountable for all of the misinformation they’re spreading, but then we need to prove we’re not what they say we are,” Ellis said.

“The left wants you to believe that you can make your gender whatever you want,” she said. “They want kids in school to learn that they can change their gender to whatever they want!”

A representative for Greene responded to a request for comment from NBC News by asking, “Are you suggesting that chromosomes can be changed?”