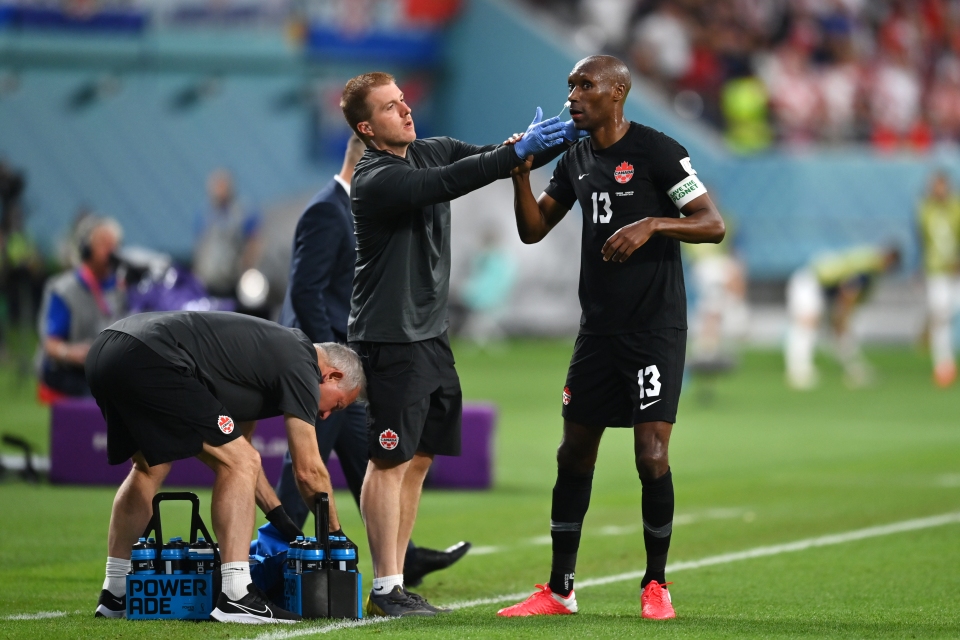 Canada’s brilliant start to both the World Cup and its second game was undone by experienced Croatia on Sunday, as the 2018 runners-up came back from an early deficit to win 4-1 in Al Rayyan.

Alphonso Davies put Canada in front after just two minutes with a picture-perfect header of a Tajon Buchanan cross, but Canada’s defense was undone the rest of the way and the Croatian back line held firm in front of Dominik Livakovic.

Andrej Kramaric had two goals and Ivan Perisic two assists in the win, as Marko Livaja and Lovro Majer also scored goals. Croatia overcame a 1-0 deficit to lead 2-1 by halftime.Croatia out-attempted Canada 12-8 and held an xG advantage of 1.96-0.51 according to Fotmob.Canada will finish its tournament with Morocco, who has four points, while Croatia’s four points will have it in the catbird seat against 3-point Belgium.

The lone goal of Canada’s 1-0 loss to Belgium hinted at a problem with the Canadians back line, one it would’ve been hopeful had been fixed by only allowing one goal to Kevin De Bruyne and Co.

And Alphonso Davies’ goal to open this one not only injected life into the group but it gave coach John Herdman’s enthusiastic attitude — one that led him to admit he told his players they’d ‘F Croatia’ — reinforced strength; Canada could do this, and at least a point should be coming its way.

Unfortunately there were only… 88 minutes left and the Croatians’ perceived weakness of being a bit long in the tooth came with the silver lining of having been in nearly every situation imaginable. That included trailing early in a World Cup game, having overcome a Kieran Trippier free kick to eliminate England in the 2018 semifinals.

So a group stage game against Canada? No problem.

Canada’s back line was breached, which was predictable for a program that needs to develop stars at the position outside of Alphonso Davies, who is a very-attack minded fullback and played the wing for most of Sunday.

And hindsight being 20/20, it should not have been surprising that Kramaric’s 36th-minute tally saw the Canadians on the backfoot for some time and behind 2-0 just eight minutes later; It can be difficult to rebound from a surprising setback when you’ve been playing with the mentality of the underdog who should be the favorite.

Did Herdman’s words inspire Croatia to rally? They wouldn’t have hurt the Croatian attitude but this is a World Cup and there shouldn’t be a team in the tournament that requires motivation to find effort.

Were Jonathan David and Cyle Larin missing their finishing boots? For sure. But that’s not the main reason the Canadians will go home. No, this loss was down to an overperforming and admirable Canadian defense from a program that’s produced so many talented technical forwards at the expense of that sometimes unglorified group at the back.

Key storylines, players to watch closelyOn one hand, Canada were downright brilliant when they made their World Cup return, 36 years in the making on Wednesday. On the other hand, they lost 1-0 to Belgium and are the only team in Group F without a point thus far. The Canucks won plaudits (and new fans) as they showed no fear whatsoever playing against the no. 2 team in the world and were comfortably the better side on the day, so said Belgium boss Roberto Martinez after the game. Alphonso Davies was denied by Thibaut Courtois from the penalty spot, with the game still 0-0 and Canada seeking its first-ever World Cup goal (yeah, that too). Sunday, perhaps.

As for Croatia, their opening draw with Morocco raised a few red flags for a nation that went all the way to the World Cup final just four (and a half) years ago. With five of 11 starters age 30 or older, Croatia have very little range and mobility, and no explosiveness anywhere in the side. Despite holding nearly 65 percent of possession in the game against Morocco, Croatia managed just five shots in 90 minutes (two on target) and a paltry 0.52 xG. If things don’t turn around on Sunday, it’ll be the end of an iconic era that, unfortunately, lasted one cycle too long.

Economists warn Trudeau and his cabinet that the economy is set to ‘slow significantly’.