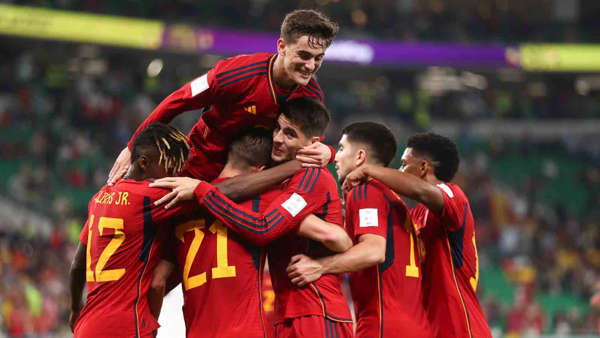 Might not be as easy for Spain this time around.

Coming off a 7-0 rout of Costa Rica for the country’s largest ever World Cup margin of victory and first opening-match win since 2006, Spain is now set to face a Germany squad fighting to avoid elimination.

Germany was stunned by Japan in its opening match, putting FIFA’s 11th ranked team on the brink. The team entered Qatar hoping to bounce back from an early elimination in the 2018 World Cup.

It creates an intriguing matchup between one team coming off its most lopsided World Cup victory and another looking to rebound from one of its most shocking losses.

Here’s everything to know about the Group E match between Spain and Germany.

Spain and Germany will face off on Sunday, Nov. 27.

What time is Spain vs. Germany in the 2022 FIFA World Cup?

How to watch Spain vs. Germany in the 2022 FIFA World Cup

The game will be broadcast on Fox Sports 1 in English and Telemundo in Spanish.

How to stream Spain vs. Germany in the 2022 FIFA World Cup

The game can be streamed online on FOXSports.com, the FOX Sports app or on Peacock (Spanish).

Spain sits atop Group E entering Sunday’s match, while Germany is the only team in the group without a win so far.