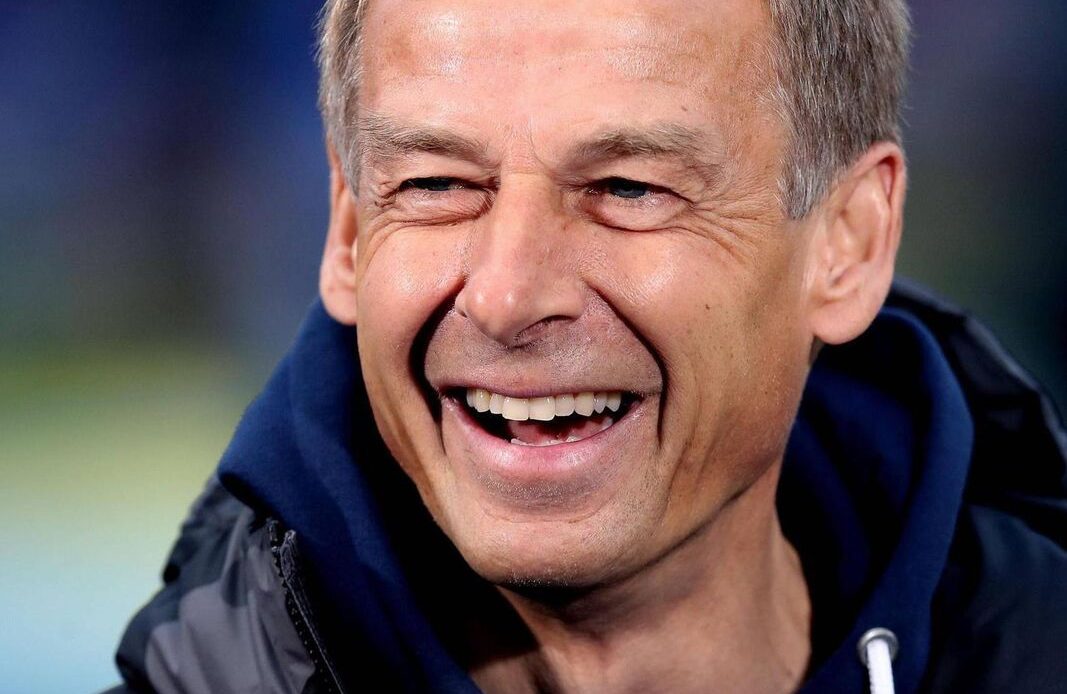 Klinsmann to call Queiroz and ‘calm things down’ after Iran dispute

Jürgen Klinsmann has pledged to call Carlos Queiroz in an effort to smooth things over after his contentious comments on the Iran coach and his team.

After Friday’s 2-0 win over Wales, the BBC presenter Gabby Logan talked about Iran’s “gamesmanship” and said they just stayed on the right side of the law before handing over to Klinsmann. “Yes, that’s their culture,” he said. “Their way of doing it, and that is why Carlos Queiroz fits really well [with] the Iranian national team.”

The former Germany international added: “[Queiroz] struggled in South America, he failed to qualify with Colombia and then he failed with Egypt to qualify and then he went back and guided Iran, who he worked already with for a long, long time. So this is not by coincidence, this is done on purpose.

This is just part of their culture and how they play, then they work the referee, you saw the bench always jumping up, working the fourth official and the linesman, constantly in their ears, constantly in your face. Kieffer Moore will probably tell you more after the game about little incidents that we didn’t see.” Queiroz demanded Klinsmann resign from his role on Fifa’s technical study group after calling his comments “a disgrace to football”.

“There was stuff really taken out of context,” Klinsmann said in an interview with BBC Breakfast on Sunday. “I will try to give him a call and calm things down.

“I have never criticised Carlos or the Iranian bench. Some even thought I was criticising the referee because he didn’t do anything about the way they were behaving on the bench. All I described was their emotional way of doing things, which is actually admirable in a certain way.

“The whole bench lives the game. They’re jumping up and down and Carlos is a very emotional coach, he’s constantly on the sidelines trying to give his players all his energy and direction.”

Queiroz was moved to respond to Klinsmann’s initial comments in a series of tweets on Saturday evening in which it was clear the Iran manager was furious. “No matter how much I can respect what you did inside the pitch, those remarks about Iran Culture, Iran National Team and my Players are a disgrace to football,” he said.

“Nobody can hurt our integrity if it is not at our level, of course. Even saying so, we would like to invite you as our guest, to come to our national team camp, socialise with Iran players and learn from them about the country, the people of Iran, the poets and art, the algebra, all the millennial Persian culture. And also listen from our players how much they love and respect football.

“As [an] American/German, we understand you’re no supporter. No problem. And despite your outrageous remarks on BBC trying to undermine our efforts, sacrifices and skills, we promise you that we will not produce any judgments regarding your culture, roots and background and that you will always be welcome to our family.”Queiroz then called into question Klinsmann’s official role with Fifa. “At the same time, we just want to follow with full attention what will be the decision of Fifa regarding your position as a member of Qatar 2022 Technical Study Group. Because, obviously, we expect you to resign before you visit our camp.”Iran’s players have faced huge pressure because of political unrest at home and face the USA in their final group game on Tuesday knowing a win will ensure qualification to the World Cup knockout stage for the first time in their history.

This article is originally published at Theguardian.com