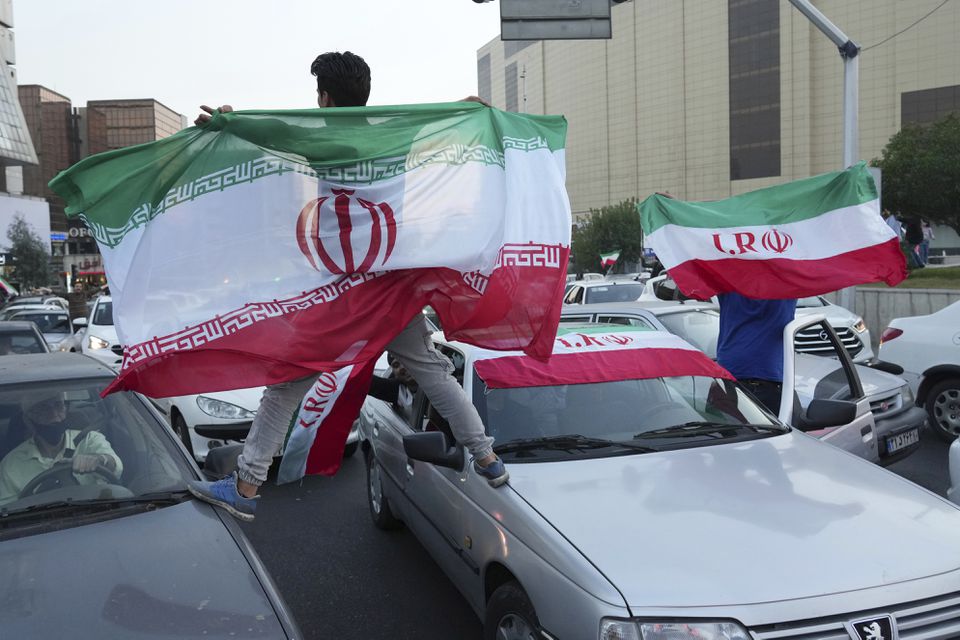 DOHA, Qatar — U.S. Soccer removed the emblem of the Islamic Republic from the Iranian flag on some of its social media posts as a way of showing support for protests in Iran.

A graphic of the World Cup Group B standings posted on Instagram, Twitter and Facebook on Saturday showed a plain green, white and red flag. The banner on the U.S. men’s national team’s Twitter page, which lists the team’s group-stage games at the tournament, was also changed Saturday to feature the Iranian flag without the Islamic Republic emblem. After being up for 24 hours, it was changed back Sunday afternoon to the banner U.S. Soccer had been using during the tournament.

The changes ahead of Tuesday’s game against Iran were intentional, with a U.S. Soccer spokesperson saying it was the federation’s way of showing “support for the women in Iran fighting for basic human rights.”

The official Iranian flag could still be seen elsewhere on U.S. Soccer’s social media accounts, including on its main web page. The removal of the emblem was not meant to be a permanent protest, and U.S. Soccer’s future posts are expected to use Iran’s official flag.

Protests have rocked Iran since the Sept. 16 death of Mahsa Amini, who had been detained by the morality police for allegedly violating the country’s conservative dress code. Though the protests began with girls and young women demanding an end to the dress code – the mandatory hijab specifically – they have since grown to include men and people of all ages calling for an end to the country’s theocratic government.

The protests have seen at least 450 people killed since they started, as well as over 18,000 arrested, according to Human Rights Activists in Iran, an advocacy group following the demonstrations.

Iran has not released casualty or arrest figures for months and alleges without providing evidence that the protests have been fomented by its enemies abroad, including the U.S.

Still, the protests continue and spilled over to the World Cup. Iranian players refused to sing the national anthem before their first game, and fans have worn shirts and displayed banners reading “Women, Life, Freedom,” the rallying cry of protesters.

“They should know that we are with them,” Ehsan Hajsafi, Iran’s captain, said about the protesters before the team’s opening game.