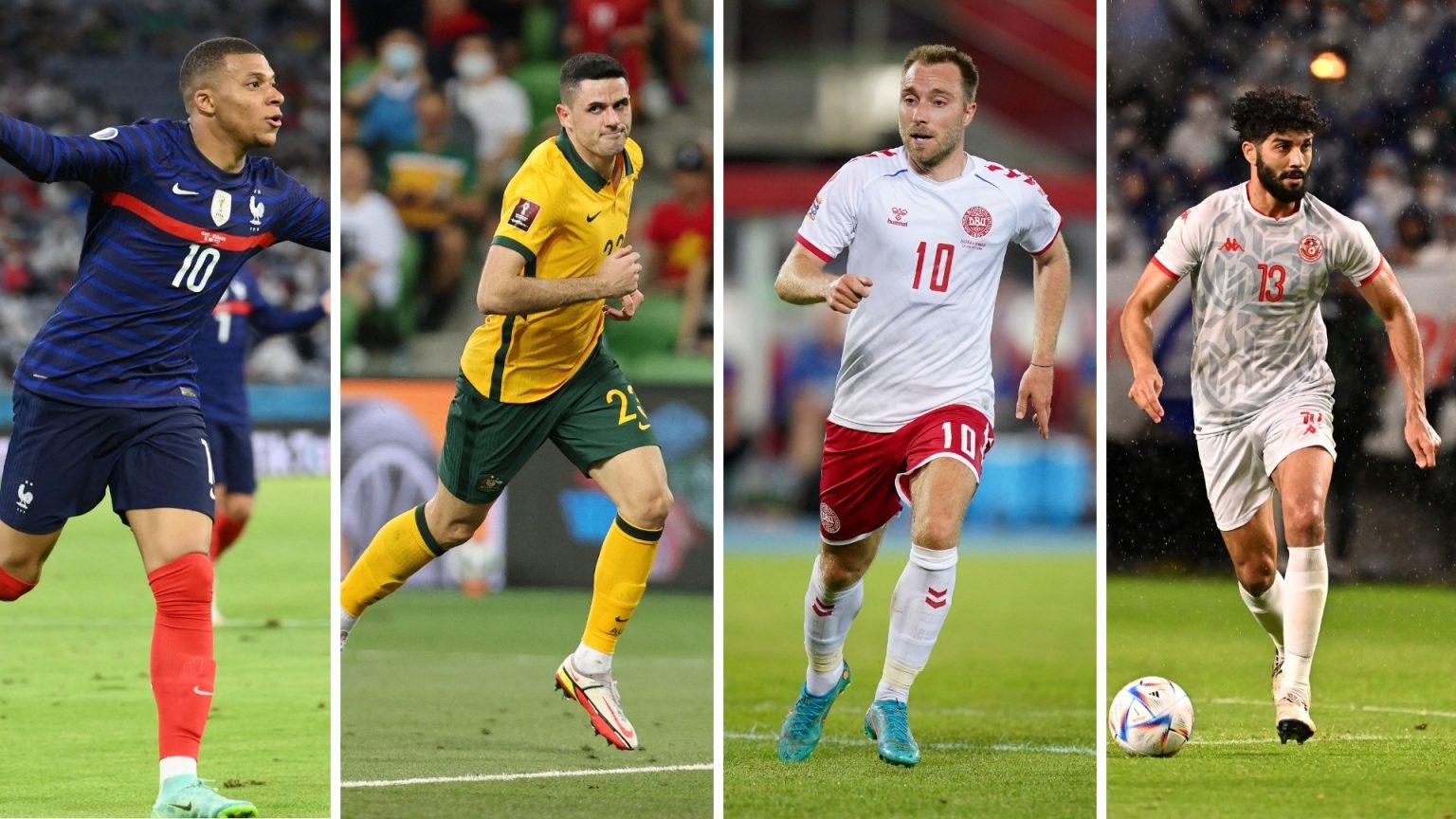 That said, both Australia and Tunisia have the ability to be very tough opponents for the European powers and have proven tricky tests for their European foes.

France and Denmark were expected to glide through to the last 16 (France made light work of Australia in their opening game) as the reigning champions have Kylian Mbappe leading the way as injuries have impacted their attacking unit. As for Denmark, they showed their quality to reach the semifinals of EURO 2020 and they were excellent in qualifying in Europe.

Australia are a nasty team to play against and will sit back, frustrate opponents and look to be dangerous on the counter. Their win against Tunisia was huge for them as they aim to reach the last 16 for just the second time in their history. As for Tunisia, they had a decent AFCON tournament last time (reaching the quarterfinals) but they look like the weaker of the teams in this group.

Below is everything you need to know on World Cup 2022 Group D.