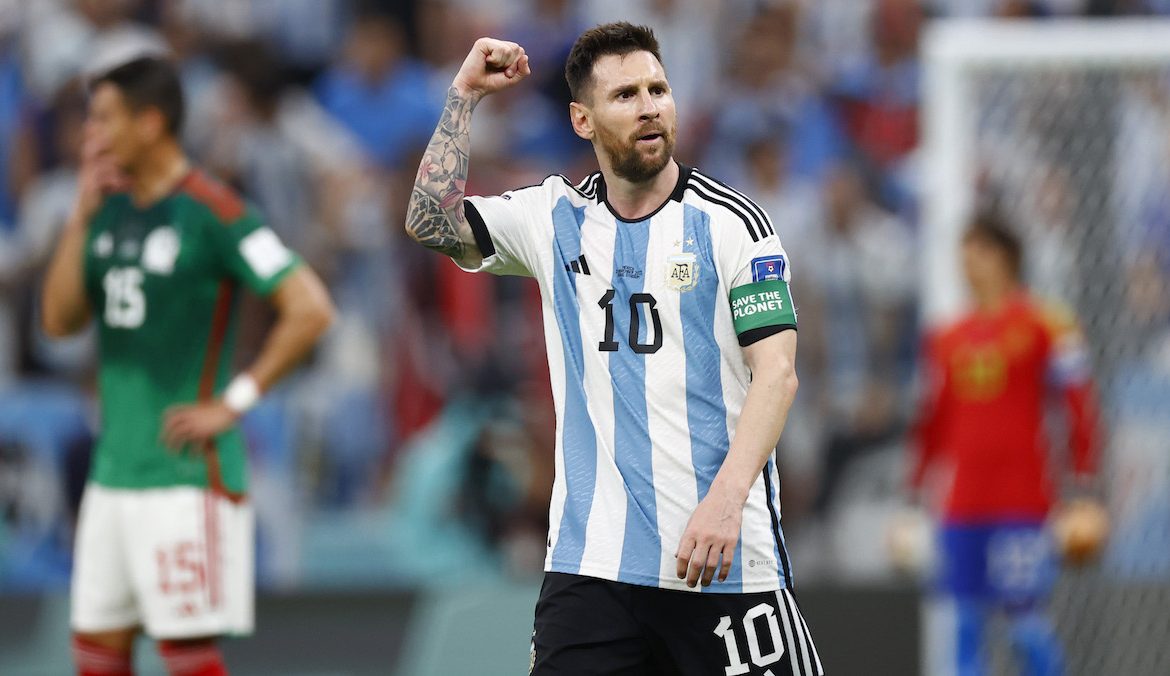 Has Canelo Alvarez lost it?The Mexican super middleweight champion has threatened to hurt soccer superstar Lionel Messi for disrespecting Mexico following Argentina’s 2-0 victory in the World Cup on Saturday in Qatar. .Messi moved a Mexican jersey with his foot during a celebration in his team’s locker room, which Alvarez took as an insult. He said in so many words that one of the greatest soccer players of all time should watch his back.

Imagine a boxer or MMA fighter threatening to beat up NFL star Tom Brady for a perceived lack of respect. That would be the equivilent.

Messi evidently acquired the jersey in an exchange with an opposing player. It was on the floor when it was moved.

“Did you guys see Messi cleaning the floor with our jersey and flag,” Alvarez tweeted. “He better pray to God that I don’t find him. Just like I respect Argentina, he has to respect Mexico. I’m not talking about the country as a whole, just about the bulls— that Messi did.”

“Mr. Canelo,” Aquero tweeted, “don’t go finding excuses for creating trouble, certainly you don’t know soccer or what happens in a locker room. The shirts are always on the floor after a match as they are sweaty.”

Alvarez responded to those who questioned his reaction to Messi’s actions.

“Whoever doesn’t defend his homeland,” he tweeted, “is an asshole … fanaticism is one thing, your identity is another. LONG LIVE MEXICO.”

Alvarez might want to focus on devising a strategy to turn to the tables on Dmitry Bivol, not picking fights with soccer legends.