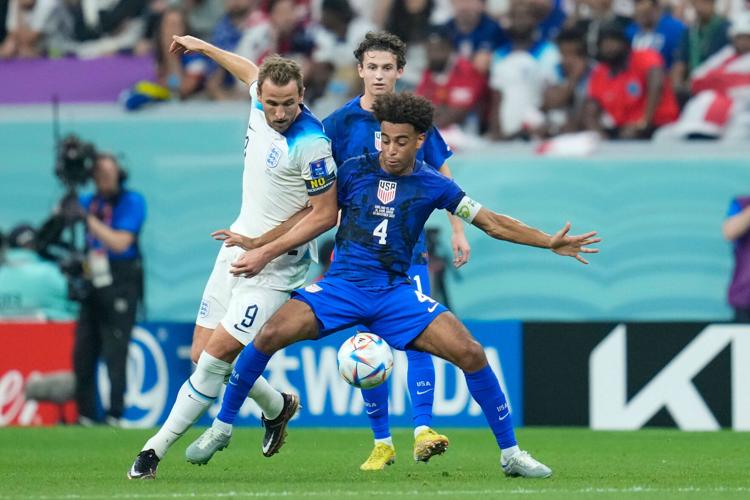 After days of political tension and fiery off-pitch jibes between the countries, the knockout stage has already arrived for the United States Men’s National Team (USMNT) at the World Cup – nothing less than a win on Tuesday will suffice when it takes on Iran in a winner-takes-all match.

Whichever team wins will reach the round-of-16 at Qatar 2022, and for the USMNT, even a draw would see it eliminated from the tournament.

It will be a match charged with political tension as the two countries have had no formal diplomatic relationship since April 1980 as a result of the Iranian takeover of the American Embassy in November 1979 following the country’s Islamic Revolution.

In the build-up to the game, Iran state media called for the US to be kicked out of the 2022 World Cup after US Soccer changed Iran’s flag on its social media accounts to show support for the protestors in Iran.

US Soccer told CNN that it wanted to change the official flag for 24 hours to show “support for the women in Iran fighting for basic human rights” but always planned to go back to the original flag.

USMNT manager Gregg Berhalter has shied away from these political undercurrents, saying that his focus is solely on soccer.

“The thing about soccer is you meet so many different people from around the world and you’re united by the common love of the sport of soccer,” Berhalter told reporters after the England match.

“I see the game being hotly contested for the fact that both teams want a place in the next round, not because of politics.

Iran coach Carlos Queiroz told a press conference on Monday that the USMNT is the best team in their World Cup group, but didn’t shy away from thinly veiled criticism aimed at the US.

“Either if you talk about human rights, racism, kids that die in schools with shootings, we have solidarity with all those causes. But here our mission is to bring smiles to all people for at least for 90 minutes, that’s our mission,” he said.

So far, the USMNT has drawn both its games – 1-1 against Wales after letting a lead slip late on, and 0-0 against an England team full of superstars.

Against England, the USMNT’s young “golden generation” faced its biggest test yet and looked to be the more threatening of the two teams for much of the game before holding firm against late pressure from England.

There were many bright spots for the US in that game.

It showed tactical flexibility by switching to a 4-4-2 formation, its defense held for the first shutout of a European opponent at the World Cup since 1950, Tyler Adams, Yunus Musah and Weston McKennie outplayed their English counterparts in midfield, while Christian Pulisic was every bit the creative playmaker that his team needs him to be.

Although the USMNT is currently ranked four places above Iran in FIFA’s World Rankings, it will be wary of its opponent who kept its own World Cup qualification hopes alive with a dramatic 2-0 win against Wales on Friday.

Iran scored both goals deep into injury time after Wales goalkeeper Wayne Hennessey had been red-carded – the first a brilliant strike from Rouzbeh Cheshmi in the 98th minute, and the second a chip from Ramin Rezaeian over substitute goalkeeper Danny Ward.

The result puts Iran’s World Cup back on track after it was derailed somewhat by an opening 6-2 defeat against England and showed a truer indication of the talent contained within the team as it seeks to reach the knockout stages of a World Cup for the first time in its history.

“Now, we need to be sure that we are good enough to go to the second round,” Iran coach Carlos Queiroz said after the Wales match, according to Reuters.

“The US is a brilliant team as well, as we saw them against Wales.

“Our preparation starts with a good rest, refresh the minds and put all the complementary and garbage things outside of our minds and focus on our goal because what we want to do is to give this gift to Iranian fans.”

Iran is appearing at the tournament under the shadow of domestic turmoil following widespread protests sparked by the death of Mahsa Amini, a 22-year-old woman who died after being detained by Iran’s morality police, allegedly for not abiding by the country’s conservative dress code. Iranian security forces have since unleashed a violent response to the protests.

During the playing of the national anthems before Iran’s opening match against England on Monday, the Iranian players stood silent in what was widely interpreted as a show of solidarity with those protesting back home, while the players sang the national anthem in their second game against Wales, albeit in a subdued way.

A source involved with the security of the games this week made a shocking admission: the families of the Iranian players have been threatened with imprisonment and torture if the players fail to “behave” ahead of the match against the USA on Tuesday.

Following their refusal to sing the nation’s national anthem in their opening match against England, the source said that the players were called to a meeting with members of the Iranian Revolutionary Guard Corps, where they were told that their families would face “violence and and torture” if they did not sing the national anthem or if they joined any political protest against the Tehran regime.

Fans have also weighed in on the domestic situation in Iran. Monday’s match between Portugal and Uruguay was briefly interrupted by a pitch invader waving a rainbow flag on the field at the Lusail Iconic Stadium, and wearing a shirt with the words “RESPECT FOR IRANIAN WOMAN” written on the back and “SAVE UKRAINE” writing on the front.

In the other Group B match, England looks to seal its almost certain place in the knockout stages against Wales.

Finishing second would make its most likely opponent the Netherlands, while finishing first would likely draw Ecuador or Senegal.