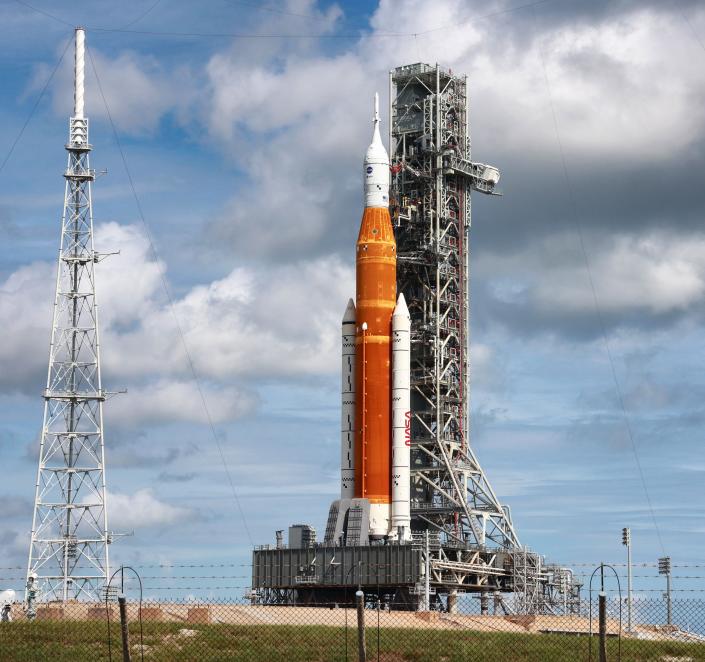 Discover the latest science and technology news from Sputnik including the inventions and scientific breakthroughs that are shaping the world.

The Artemis 1 mission set a new record on Monday for the furthest distance a spacecraft rated to carry human crew members has ever traveled from our planet. The record was set at the apex of a special long orbit of the moon as the Orion capsule tested out its capabilities.

The US space agency NASA said on Monday that Orion had reached a distance of 268,554 miles from Earth, or roughly 40,000 miles beyond the moon’s orbit. As it neared the acme, Orion’s camera snapped a never-before-seen image of the moon eclipsing the Earth – typically, we see the opposite here on Earth, as the moon eclipses the sun in a solar eclipse or the Earth eclipses the moon in a lunar eclipse.

The photo recalls the famous “pale blue dot” photo snapped by Voyager 1 as it passed Neptune’s distant orbit in February 1990, in which the Earth appears as little more than a bright star, indistinguishable from other cosmic specks of light.

Humans haven’t left low Earth orbit since December 1972, when the last Apollo spacecraft carried two astronauts to the moon and back. This time, however, we intend to stay on the lunar surface. The US and China, among other countries, have laid out plans to begin constructing a permanent lunar base in the next few years, intended to serve as a base of operations for exploring the moon as well as the rest of the solar system.

This article is originally published at Sputnik.com