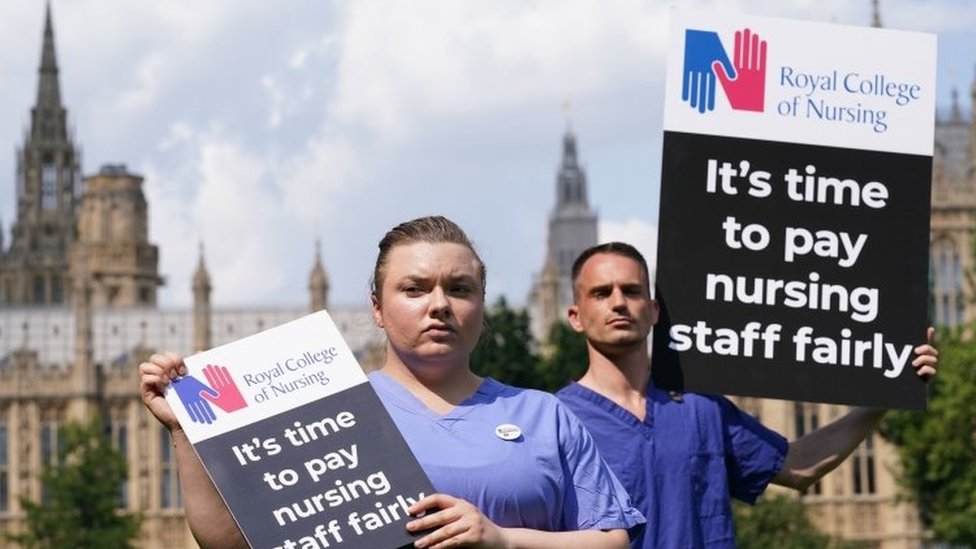 Now is “not the time” to ask for higher wages when Russia is using “energy as a weapon,” Nadhim Zahawi has said.

UK unions should “send a message” to Russian President Vladimir Putin, and stop “chasing inflation” with their demands for pay hikes in the public sector, Nadhim Zahawi, the chairman of the Conservative Party, has said.

The top Tory official, who holds the position of minister without portfolio in Prime Minister Rishi Sunak’s cabinet, made the remarks during an interview with Sky News’ Sophy Ridge on Sunday. The two were discussing potential pre-Christmas strikes, particularly by nurses and ambulance drivers employed by the National Health Service (NHS).

“We have to come together. This is not the time to be divided. I hope [we will] send a very clear message to Mr Putin that he can’t use energy as a weapon in this way,” he added.

The UK has been suffering from rising energy prices since last year. The crisis worsened when Western nations imposed economic sanctions on Russia due to the Ukraine conflict.

Former Russian President Dmitry Medvedev predicted that the Western price cap on Russian oil, which came into force on Monday, will result “in an unimaginable situation” with the price of oil, which will further hurt those who try to enforce the cap.

Ridge noted that for many of the people trying to catch up with the cost of living, it is a matter of survival.

“A nurse on 20 grand a year … would think that maybe there are other ways of sending Putin a message on Ukraine,” she said.

The Royal College of Nursing is planning to strike from December 15 to 20, unless the government rectifies “years of real-terms pay cuts” by offering a pay raise 5% above the retail prices index. The union’s leader, Pat Cullen, called Zahawi’s remarks on Ukraine “a new low for this government.”

“The public does not believe this kind of rhetoric and wants ministers to address our dispute,” she said, as quoted by The Independent.

THis artical was originally published by RT.