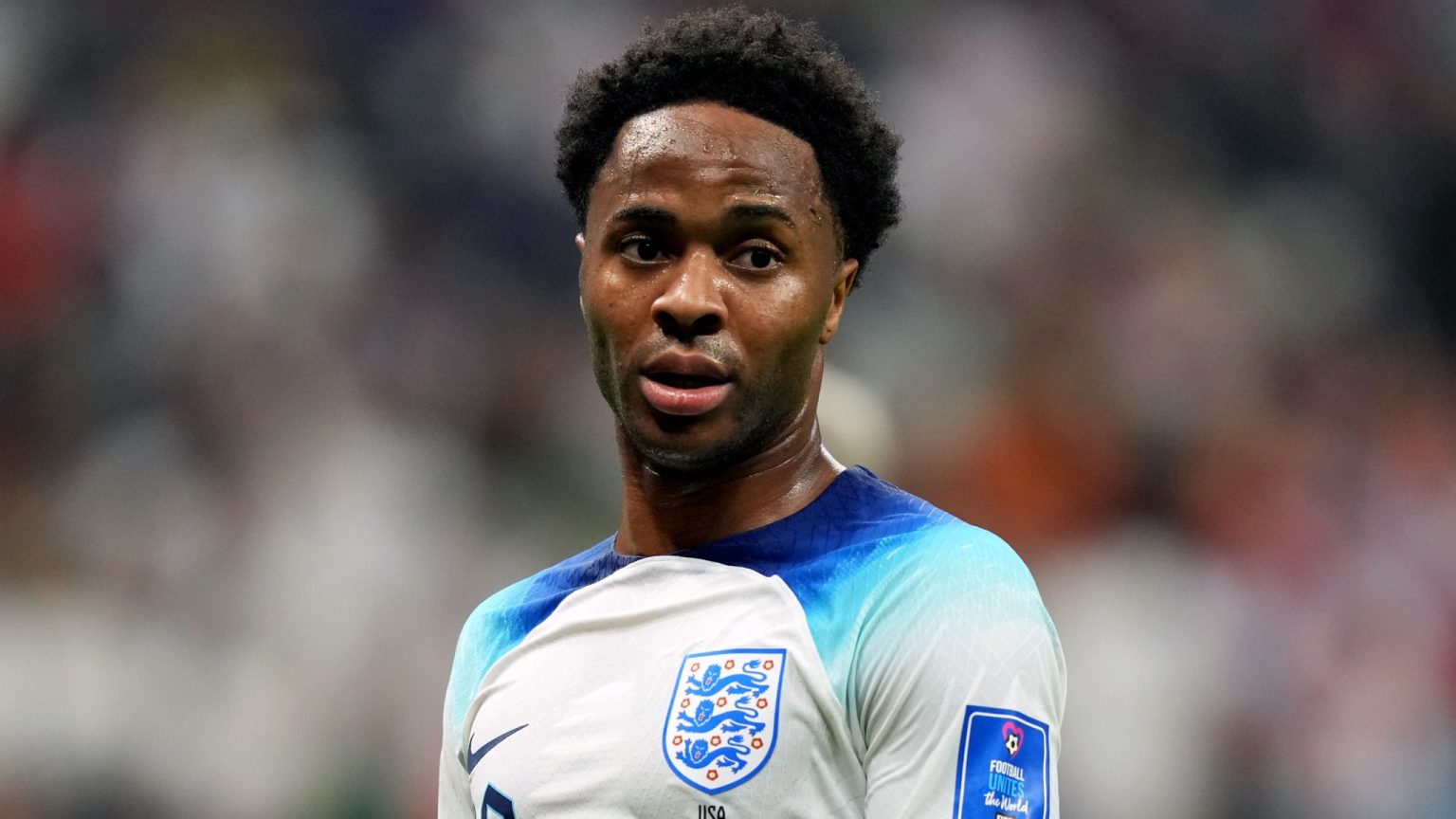 Raheem Sterling has left the England World Cup squad in Qatar and returned to London after his home was burgled.

The Chelsea winger, 27, missed Sunday’s last-16 victory over Senegal, after the incident on Saturday.

Surrey Police said the occupants of the house returned to find jewellery and watches had been taken. No threats of violence were involved.

The player’s spokesperson said Sterling was “prioritising the wellbeing” of his three young children.

Sterling was said to be “shaken” and “as soon as he was alerted he wanted to get home”.

The spokesperson, speaking on Sunday, added the intruders had been armed and the family were home.

But the police said in a statement on Monday: “We would reassure our communities that no witnesses have come forward to this effect.”

The statement read: “On Saturday, December 3 the occupants returned to the address after arriving home from an international trip. They contacted police just before 9pm to report a number of items of jewellery, including watches, had been stolen.

“Officers attended the address later that night and returned to speak to the occupants this morning. At this time it remains unclear on which date the property was stolen and establishing this forms a key part of our investigation.

“Enquiries into the full circumstances remain ongoing and officers will look at all available evidence including any CCTV opportunities. “

They added no arrests had been made.

“We want to give him that space and we will see over the next few days how that develops.”

Sterling’s team-mate Declan Rice said: “I saw him at breakfast this morning, then the manager said he had the difficulties at home so we’ve all sent him a message.”

England’s next match at the World Cup is against France in the quarter-finals on Saturday.

Sterling is the second player to leave the England squad after Arsenal defender Ben White, who returned to the UK on 30 November for personal reasons.

Two years ago, three burglars who targeted a number of homes in the north west of England, including an attempted break-in where Sterling lived in Cheshire in November 2018, were jailed.

The Chelsea forward started and scored in England’s 6-2 win over Iran in their opening group game, before being called on again for the 0-0 draw with the United States.

Southgate opted instead to play Marcus Rashford and Phil Foden either side of Harry Kane for England’s 3-0 win over Wales.

The England boss has often relied on Sterling during major tournaments; he started all seven of England’s Euro 2020 matches.