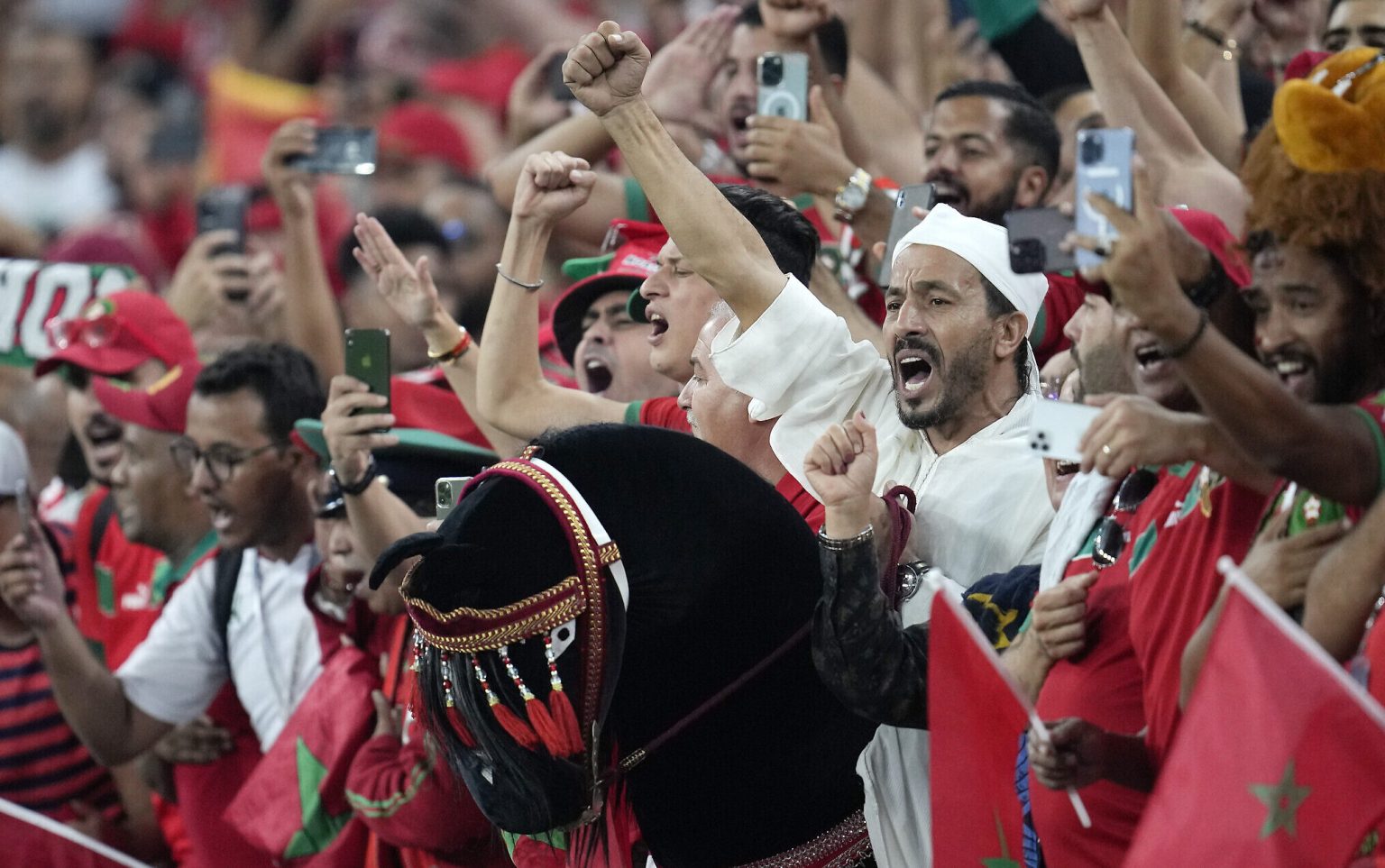 The first World Cup held in an Arab nation has produced the Arab world’s first quarterfinalist, as Morocco’s Atlas Lions stunned the 2010 winners Spain 3-0 in a round of 16 penalty shoot-out, after the 90 minutes and extra time finished scoreless.

It’s one of the biggest upsets in World Cup history, on a par with the U.S. defeating England in 1950, North Korea beating Italy in 1966, and, in 2002, Senegal triumphing over the 1998 winners, France. Even in the current tournament, which has seen its share of surprise results, this one was special.

And it sparked a party that spread well beyond the borders of Morocco and Qatar, with scores of fans dancing and celebrating the night away.

“It’s unbelievable what we are experiencing today,” Moulay Ahmed Ben Mamoune, a Morocco fan, said, summing up the general feeling.

“We would like to thank the national team for this win that they gave to us all. Morocco forever! God bless Manager Walid Regragui,” added Hanae, another fan.

Outside the stadium, the party went on for hours.

Even the Emir of host nation Qatar joined the party, while back in Rabat, King Mohammed VI hit the streets of the capital to celebrate the history-making achievement. Nor was the electric atmosphere and Arab pride confined only to Morocco or Qatar.

There were also celebrations in Oman, Libya, Somalia, even Gaza, to name a few places. Sadly, in some European cities, such as Belgium’s Brussels and France’s Lille, Morocco’s more rowdy supporters ended up clashing with local police.

The Atlas Lions were ranked 22 in the FIFA rankings before the World Cup, but are still there, while other higher-ranked teams, such as Spain, Belgium and Germany, have already been eliminated, or, like Italy, never even qualified for the tournament.

But while Morocco may be the biggest surprise of this year’s tournament, it faces a tough test against Portugal on Saturday night. Even so, regardless of the final score, it’s clear that for its supporters at least, Morocco has already won.

This artical was originally published by i24news.