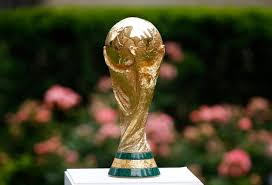 Police promise crackdown on football fans flying banned Papua flag
In West Papua, police in the city of Sorong have banned the use of what they called “Papuan separatist attributes”, such as the Morning Star flag, in convoys celebrating the football World Cup.
Sorong Police chief Iwan Manurung emphasised to all World Cup fans in the area not to carry or fly the Morning Star flag which is banned by Indonesia as a form of euphoria.
Tabloid Jubi reports him saying such actions would be processed in accordance with the law.
“We warn you never to bring the Morning Star flag in World Cup convoys. If that happens, we will not tolerate it,” he said.
According to Manurung, the 2022 World Cup event in Qatar has nothing to do with politics.
He appealed to people not to ride the euphoria as a way to promote a separatist ideology.
The police chief said there had been a moment recently when, during a convoy in Sorong City celebrating the World Cup, two people were found carrying the Morning Star flag.
“To the soccer fans in Sorong, we urge you to conduct convoys in the manner allowed. Avoid things that are contrary to the rules that apply in our country. Let us maintain a safe and peaceful situation in the Sorong society,” said Manurung.
Fiji beach soccer team has big hopes
The Fiji beach soccer team is hoping to compete in the Oceania championships for the first time since 2011 after a new national competition was established.
Fusion Club of Lami was crowned the champions of the Digicel Beach Soccer Championship in Laucala.
Fiji Football Association (FFA) Head of Futsal and Beach Soccer, Jerry Sam, is keen for the game to grow.
He said there’s a huge potential for the game and the players need proper guidance to excel.
“There is huge potential for players in beach soccer, which I have seen in this competition, and they just need proper guidance to excel,” Sam said.
“We are also planning to host a Beach Soccer championship on the Sigatoka sand dunes next year for the western teams.”
The FFA also plans to take the game to maritime islands such as Yasawa, Kadavu, and Lau.
Tahiti won the last Oceania championships in 2019, held in French Polynesia.
Fiji, Samoa face tough groups in sevens
The Cape Town Sevens kicks off on Friday with both men’s and women’s tournaments running across three days.
In the men’s, Fiji is in pool A with hosts South Africa, France and Canada.
Samoa is in pool B, with Ireland, Uruguay and Japan.
On the women’s side, Fiji will play New Zealand, Great Britain and Brazil in pool play.
The tournament – leg three of 10 tournaments – consists of 16 men’s and 12 women’s teams.

this article was originally published by rnz.