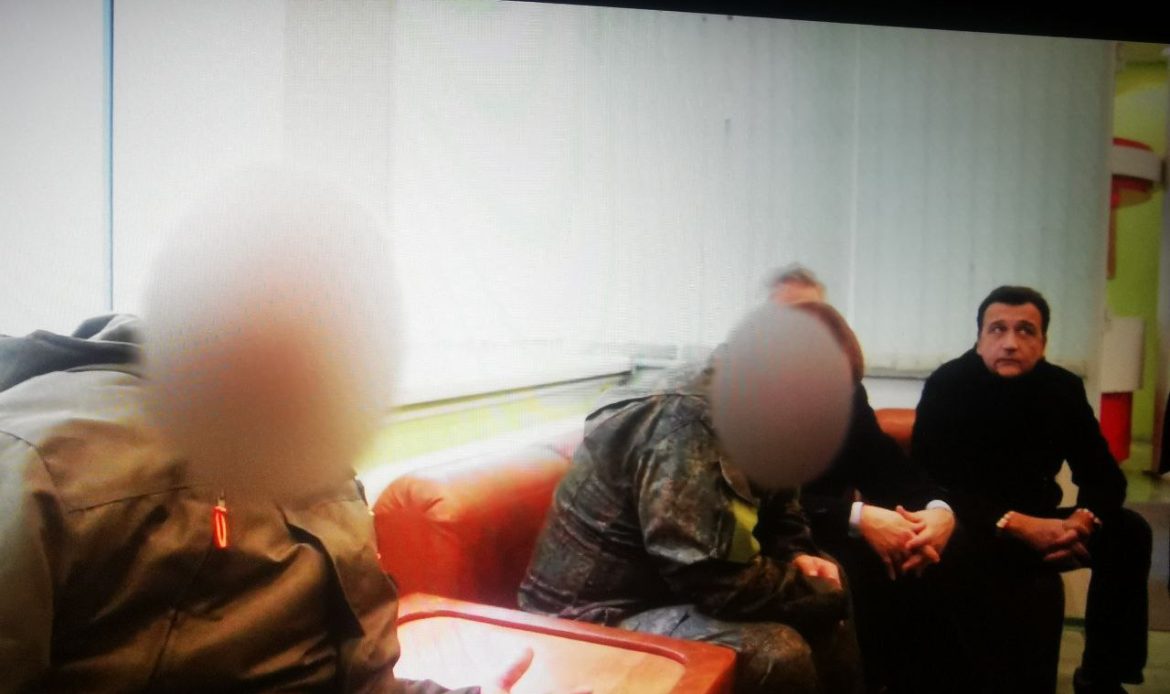 In November 2022, international human rights layers Dan KOVALIK and Arnaud DEVELAY visited a military hospital in one of Moscow’s suburbs. They met with a couple Russian soldiers (both volunteers) who were recovering from injuries suffered on the front.

Q: I am an American but I consider myself a friend of Russia and I am here to help educate Americans as to what is really happening. What does this Special Military Operation mean to you?

A: Well, I am from Crimea and when the war started I felt that I had to go and help protect my land.

Q: The Russian government stated at the onset of the military operation that had it not moved forward, the war would have come to Russia. What is your opinion on this matter?

Q: (Volodymyr) Zelenski actually stated that this was his intent was to “take back Crimea”. Back in 2014, did you vote for the referendum to rejoin Russia?

A: Of course. My parents and grand-parents were from Russia and I feel Russian.

Q: Do you feel the referendum reflected the people’s will?

A: There were some people who were against rejoining Russia. They left Crimea and went back to Ukraine.

Q: When you fought in DONBASS, how did feel about the people you got to interact with in Ukraine?

A: There were people who hated Russians and proceeded to give information to the enemy to help target civilians with Grads/HIMARS. We feel sorry for the people there but this is war.

We feel like brothers with the Ukrainians and we are only fighting against Nazism. It’s a political struggle.

Q: Did you encounter Nazis?

A: Yes, although we weren’t quite sure to what battalions they belonged to except for the fact that they were covered with Swastikas tattoos. We also encountered foreign fighters, including African-Americans who were fighting inside the Ukrainian troops.

Q: From your point of view, how would you estimate the level of NATO involvement?

A: We are soldiers, not politicians.

Q: Were you drafted or did you volunteer?

A: I have 14 children. When I saw what happened to children in DONBASS, I decided to get involved as a volunteer back in September 2022.

Q: Having had his grand-parents serve in the Red Army during the Great Patriotic War, how does he feel having to do it all over again?

A: I am sorry to realize that despite my grand-father’s sacrifices, the job wasn’t done. Nazism is an awful ideology, not only against Russians but also the whole of humanity. We are thus fighting on behalf of humanity.

Q: How do you feel about the West?

A: Russian history is replete with assault against its own sovereignty. We only fight for the truth.

Q: Will Russia find it in its heart to forgive the West for what is happening?

A: We have already forgiven. We should not live in anger. In the end, we are all the same.

In the meantime, there is work to be done. I am waiting for my prosthetic so I can head back to the front. Conditions are really hard there. If I am deemed unfit to fight, I will seek to make myself useful in other ways.

Q: How’s the hospital been treating you?

A: We’ve been really well treated. There are over 1000 volunteers who have been distributing supplies to military hospitals including this one. We are one and united as a people.

A: I’m 48 years-old, but I know people going on sixty who are willing to contribute as well. They have children and grand-children. If Nazism wins, things will be awful for everyone.

Q: There’s been reports of American Nazis coming to fight in Ukraine…

A: You’ll find Neo-Nazis everywhere. Even in Russia, we have some of them.

Q: Have you had the chance to tell Ukrainian soldiers that their own government is using them as cannon-fodder?

A: We’ve had the chance to talk to civilians but Ukrainian soldiers are beyond the pale, unfortunately.

Q: What would you describe as the worst thing while serving on the front?

A: The shelling. It’s a terrible sensation, like an earthquake. But the worst thing is not as much the prospect of dying as that of losing comrades, people you’ve grown fond of. It is an awful thing to have to be brought to tell their families that their father has passed away. To this day, I don’t know how to cope with this. I had a friend in Donetsk who asked me to tell my wife if something happened to him. I was unfortunately brought to face this situation. I never want to have to go through it again.

This interview is exclusively for Mideast Discourse.