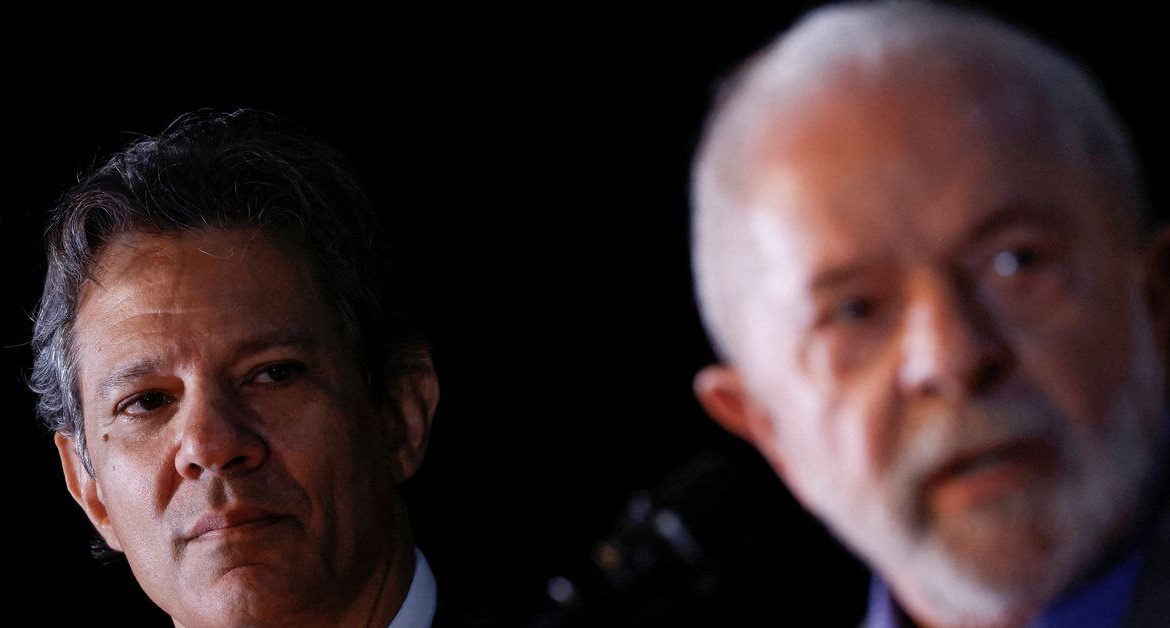 Brazil’s economy minister nominee Fernando Haddad looks on as President-elect Luiz Inacio Lula da Silva talks during a news conference at the transition government building in Brasilia, Brazil December 9, 2022. REUTERS/Adriano Machado.SAO PAULO, Dec 11 (Reuters) – Brazil’s Economy Ministry on Sunday rejected assertions by president-elect Luis Inacio Lula da Silva’s transition team that the outgoing administration was leaving government finances “bankrupted.”The Economy Ministry said in a statement that gross debt will reach 74% of GDP by the end of the year, with a primary surplus (excluding debt costs) of 23.4 billion reais, the first since 2013.”This will be the first government ending its term with debt ratios lower than in its beginning, the debt was 75.3% of GDP in 2018,” the statement said.Last week, the Planning and Budget group in Lula’s camp said President Jair Bolsonaro is leaving the Brazilian state “bankrupted,” according to former minister and transition team member Aloizio Mercadante.Brazil will pay international financial institutions $1.23 billion next year, 20% below the $1.56 billion that was due in 2016, the ministry said.The government said expenses to help the most vulnerable part of the population since the beginning of the COVID-19 pandemic have prevented raises to public servants through 2021.

This article was originally published by Reuters.

Brazil Economy Stocks
Previous ArticleNurses’ union wants health secretary to talk pay.
Next Article UK’s Hunt: Economy is likely to get worse before it gets better.