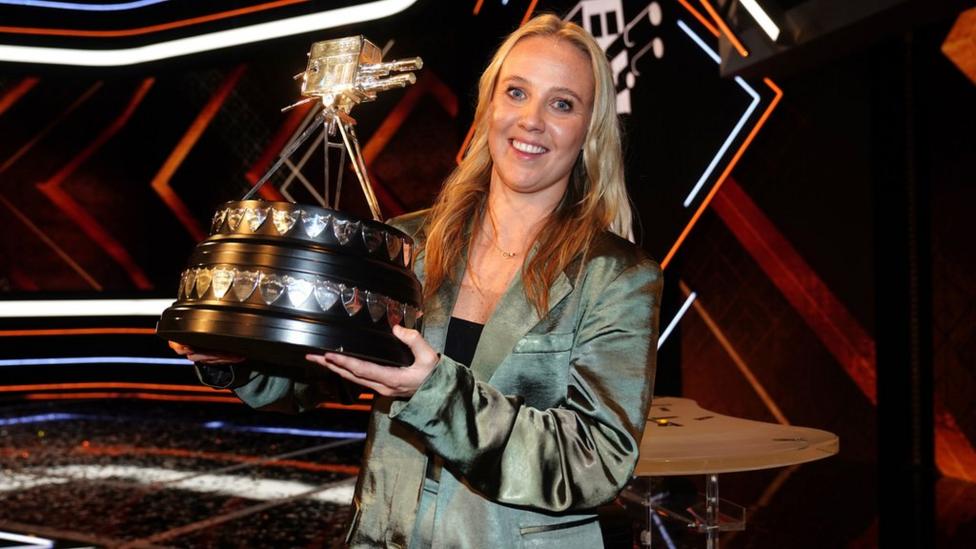 BBC Sports Personality winners: Who won the awards in 2022.

Who were the winners at Sports Personality 2022?

Mead becomes the first women’s footballer to win the BBC Sports Personality of the Year awardWho were the winners at this year’s BBC Sports Personality of the Year awards?Sports Personality of the YearName: Beth MeadSport: FootballKey achievement: Mead starred at this summer’s Euro 2022, where she helped the Lionesses to glory at Wembley, England’s first ever major women’s football trophy.The 27-year-old’s stellar performances at Euro 2022 saw her named the Player of the Tournament as well as winning the Golden Boot with six goals and five assists.Name: England’s Lionesses and Sarina WiegmanSport: FootballKey achievement: Wiegman guided England to Euros victory in the summer, the nation’s first major women’s football trophy.England are unbeaten in 26 games since Wiegman’s appointment in 2021.

Lifetime Achievement AwardName: Usain BoltSport: AthleticsKey achievement: Bolt, 36, is the fastest sprinter in history and retired in August 2017 as a 19-time global champion.He was crowned Olympic 100m and 200m champion at three successive Games – Beijing 2008, London 2012 and Rio 2016.Read more hereHelen Rollason AwardName: Rob BurrowSport: Rugby leagueKey achievement: Burrow was diagnosed with motor neurone disease in 2019 – two years after retiring from a 17-year career.Sport: FootballAchievement: A brittle bone disease diagnosis at the age of four did not stop Alden playing football in his childhood – and he has since encouraged others to play by setting up Park Knowle Football Club.Based in one of Bristol’s most deprived areas, it is open to players of all ages and ability.She also became the first British woman to win a world all-around medal, with bronze in that event.