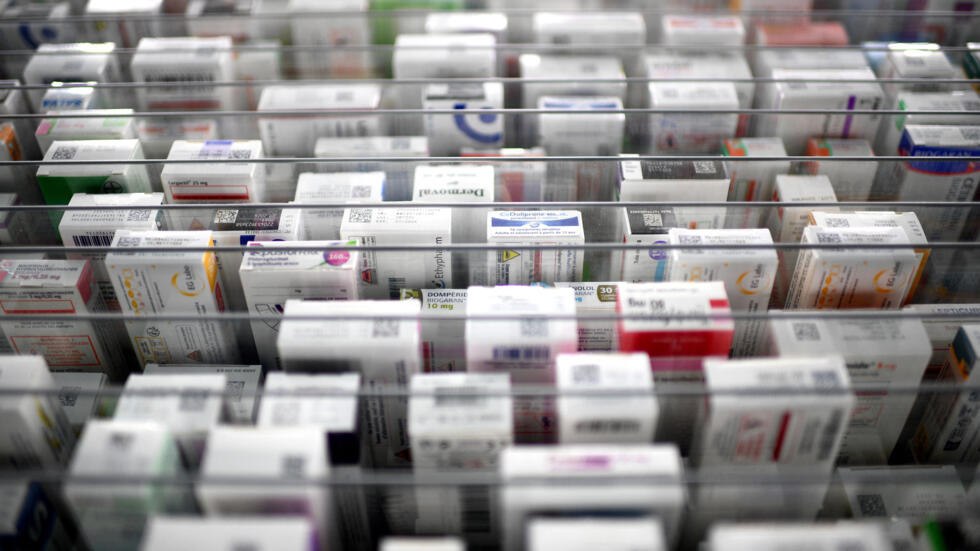 December 22, 2022 by RFI
France is one of several countries facing shortages of the widely used antibiotic amoxicillin and other medications, with surging illnesses among children increasing demand for the drugs.
Winter in the northern hemisphere has brought about a particularly nasty influenza season as well as spikes in other viruses.
The surge comes after two years in which Covid-19 measures such as quarantines, self-isolation and mask-wearing significantly decreased the rate of such illnesses.
Hospitals in France have come under pressure from a rising number of patients as the country faces a “tripledemic” of Covid-19, influenza and the respiratory syncytial virus (RSV), which causes bronchiolitis in young children.
In France, the medicines regulator ANSM said last month that there are “strong supply tensions” for the version of the amoxicillin most used by children, warning the situation could last until March.
Amoxicillin is a member of the penicillin antibiotic family and is used to treat a range of bacterial illnesses, including chest and ear infections, often in children.
The other key concern for French families is the difficulty in finding paracetamol, especially doses for children.
Consumption on the rise
“This shortage is global, it is linked to a shortage of medicines and paracetamol in particular, linked to the Covid crisis, which has significantly changed consumption behavior and distribution between the city and the hospital”, Roland Lescure, French Minister for Industry told the Senate earlier this month.
The lack of paracetamol could also be explained by a higher consumption than usual during the summer, due to the Covid-19 epidemic. “We usually use the summer to replenish stocks”, Pierre-Olivier Variot, of the USPO union, told France Info website.
Antibiotics shortage puts France at risk of ‘major’ public health crisis
French hospitals struggle with worst bronchiolitis epidemic in 10 years
From January to November, French pharmaceutical giant Sanofi saw a 47 percent increase in orders from French pharmacies for deliveries of Doliprane (paracetamol) in particular for children.
The laboratory, which produces more than a million boxes of this analgesic per day, says it operates the site in Lisieux, Normandy, at full capacity 7 days a week and 24 hours a day.
The Upsa laboratory said it has doubled his production of paracetamol in 2022.
How are pharmacies dealing with this?
“For adult forms of paracetamol, there are plenty of alternatives,” recalls Philippe Besset, president of the FSPF, the leading pharmacists’ union told AFP.
But “in the pediatric form, 95 percent of the market is produced by Sanofi, it is not possible to transfer all the volumes to another manufacturer”, he says, explaining that he has not been able to stock Doliprane in suppository form for the past two months.
“It is not a problem of production” but “especially of distribution,” Minister of Health François Braun told BFM TV last week, pointing to the consequences of a “protest movement” in the distribution branch.
He also called for French citizens to avoid any panic, and not stock up unnecessarily on medication.
France heads into ninth Covid wave in lead up to Christmas
Sanofi said that the social movement had not impacted the sites producing this analgesic, while admitting some slowdowns on one of the distribution sites in France, but not enough to create shortages in pharmacies.
French authorities have agreed to temporarily place orders through wholesaler-distributors for the pediatric varieties, in order to better distribute batches evenly across the country.
In the short term, national health authorities have recommended that pharmacists and doctors substitute the drugs in short supply with other medications whenever possible and not to sell more than two boxes per patient.

Global supply chain
Pharmaceutical companies that had cut back production because of the previously falling demand are now scrambling to meet skyrocketing orders, causing delays.
The producers of the drugs’ active ingredients have also struggled with shortages.
Sandoz, the generic drug division of Swiss pharmaceutical giant Novartis, told AFP that the “stock shortages at our competitors also contribute to the unexpectedly high sales of our drugs, and therefore to additional supply difficulties”.
Antibiotics are old drugs whose patents have often fallen into the public domain, meaning that generic versions can be sold cheaply.
Drug makers therefore have little monetary incentive to produce such antibiotics. Indeed, even generics producers can struggle to maintain a significant profit.
Thomas Borel, the scientific director at LEEM which represents French drugs firms, said there had been insufficient investment from the industry “in view of the growing demand for antibiotics”.
Another issue is that only around 10 firms, most of them in Asia, still produce the active ingredients for amoxicillin.
“The pharmaceutical industry must be considered to be a strategic sector in which public authorities must be more vigilant than they have been in recent years,” Borel said.
Homegrown
In 2021, President Emmanuel Macron announced a health sovereignty plan, including relocating the paracetamol manufacturing plants back to France.
But the generic manufacturers are not convinced, considering that the low prices for their products do not allow the maintenance of the activity in the country.
When asked about the supply issues on Tuesday, government spokesman Olivier Véran reiterated Macron’s promise.
He referred to a factory under construction in Rousillou, in Isère, but it will not manufacture paracetamol before 2025, a fact confirmed by the Minister of Industry in the National Assembly last week.
Once up and running, the laboratory will be able to produce 10,000 tons of the drug each year, or about a third of the European market.
Europe, USA facing the supply strain
Elsewhere in Europe, Spain and Germany’s medicines agency warned last month of potential shortages of a range of drugs including amoxicillin and other antibiotics.
Last week, the UK government issued “serious shortage protocols” for three penicillin-based antibiotics.
The move came after at least 19 children died from Group A Streptococcus (Strep A), amid reports that doctors and parents are struggling to find antibiotics to treat the illness.
Outside of Europe, amoxicillin has been on the US Food and Drug Administration drug shortage database since October.

This article was originally published by RFI.