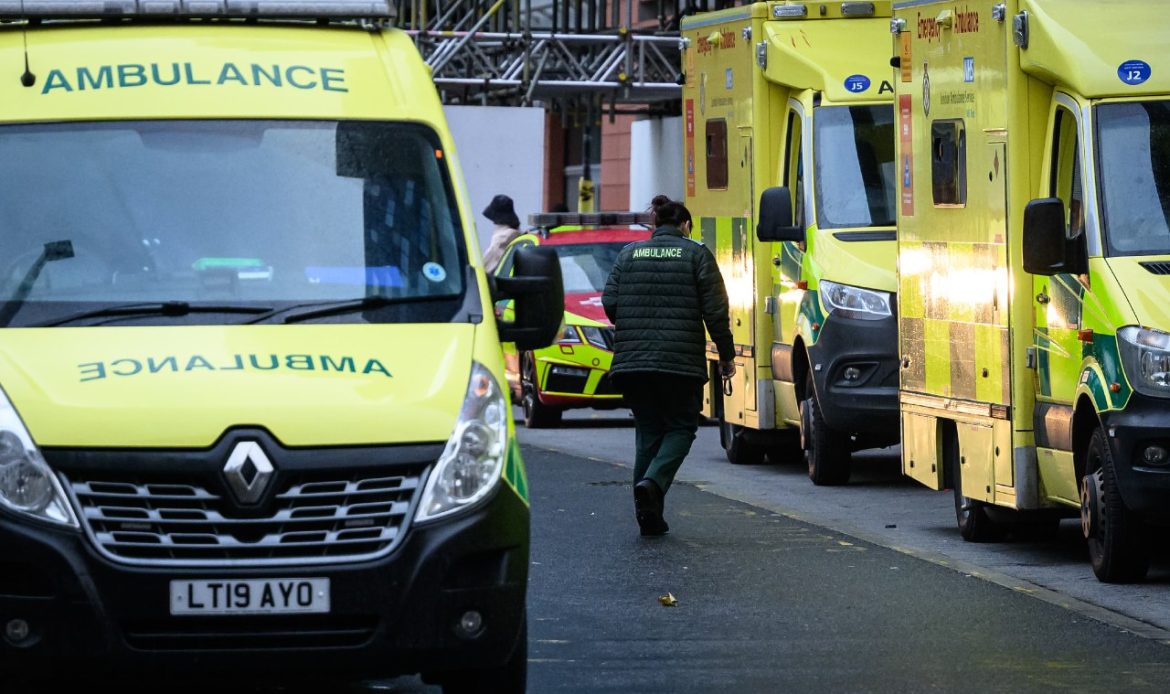 A long-term illness crisis is threatening the UK economy.

The Office for National Statistics reported that between June and August 2022, around 2.5 million people cited long-term sickness as the main reason for economic inactivity, an increase of around half a million since 2019.In its report last month, the ONS said a range of factors could be behind the recent spike, including National Health Service waiting lists that are at record highs, an aging population and the effects of long Covid.The number of “economically inactive” people — those neither working nor looking for a job — between the ages of 16 and 64 has risen by more than 630,000 since 2019. Unlike other major economies, recent U.K. data shows no sign that these lost workers are returning to the labor market, even as inflation and energy costs exert huge pressure on household finances.The U.K. avoided mass job losses during the Covid-19 pandemic as the government’s furlough program subsidized businesses to retain workers. But since lockdown measures were lifted, the country has seen a labor market exodus of unique proportions among advanced economies.Though the effects of the issues mentioned above haven’t been quantified, the report suggested the increase has been driven by “other health problems or disabilities,” “mental illness and nervous disorders,” and “problems connected with [the] back or neck.”Legacy of austerityJonathan Portes, professor of economics and public policy at King’s College London, told CNBC the scale of the labor market depletion is likely a combination of long Covid; other pandemic-related health issues such as mental illness; and the current crisis in the NHS.”It’s worth remembering the U.K. has been here before, arguably at least twice. In the early 1990s, the U.K. saw a sharp recovery, with falling unemployment, after ‘Black Wednesday,’ but it also saw a large, and lasting, rise in the number of people claiming incapacity-related benefits,” Portes said, adding that not working is generally bad for both health and employability.In his recent Autumn Statement, Finance Minister Jeremy Hunt announced that the government will ask more than 600,000 people receiving Universal Credit — a means-tested social security payment to low-income or unemployed households — to meet with a “work coach” in order to establish plans to increase hours and earnings.Hunt also announced a review of the issues preventing reentry into the job market and committed £280 million ($340.3 million) to “crack down on benefit fraud and errors” over the next two years.”The U.K. was particularly vulnerable because of austerity — NHS waiting lists were rising sharply, and performance/satisfaction was falling sharply, well before the pandemic,” Portes said.”And support for those on incapacity and disability benefits was hollowed out in the early 2010s. More broadly, austerity has led to a sharper gradient in health outcomes by income/class.”The ONS noted that both sexes saw “statistically significant increases in the inequality in life expectancy at birth since 2015 to 2017.”In the aftermath of the pandemic, NHS waiting lists grew at the fastest rate since records began in August 2007, a recent House of Commons report highlighted, with more than 7 million patients on the waiting list for consultant-led hospital treatment in England as of September.Former Bank of England policymaker Michael Saunders, now a senior policy advisor at Oxford Economics, also told CNBC that the U.K. has been particularly badly affected by Covid in terms of severity, and that some of this may have been the result of the country’s higher rates of preexisting health conditions — such as obesity — which may have been exacerbated by Covid.”It’s not just a health issue, it’s an economic issue. It’s important in both ways. I think it’s important enough as a health issue, but it merits extra importance because of the effects on potential output which then feed through to these other economic problems.”

This article was originally published by CNBC.