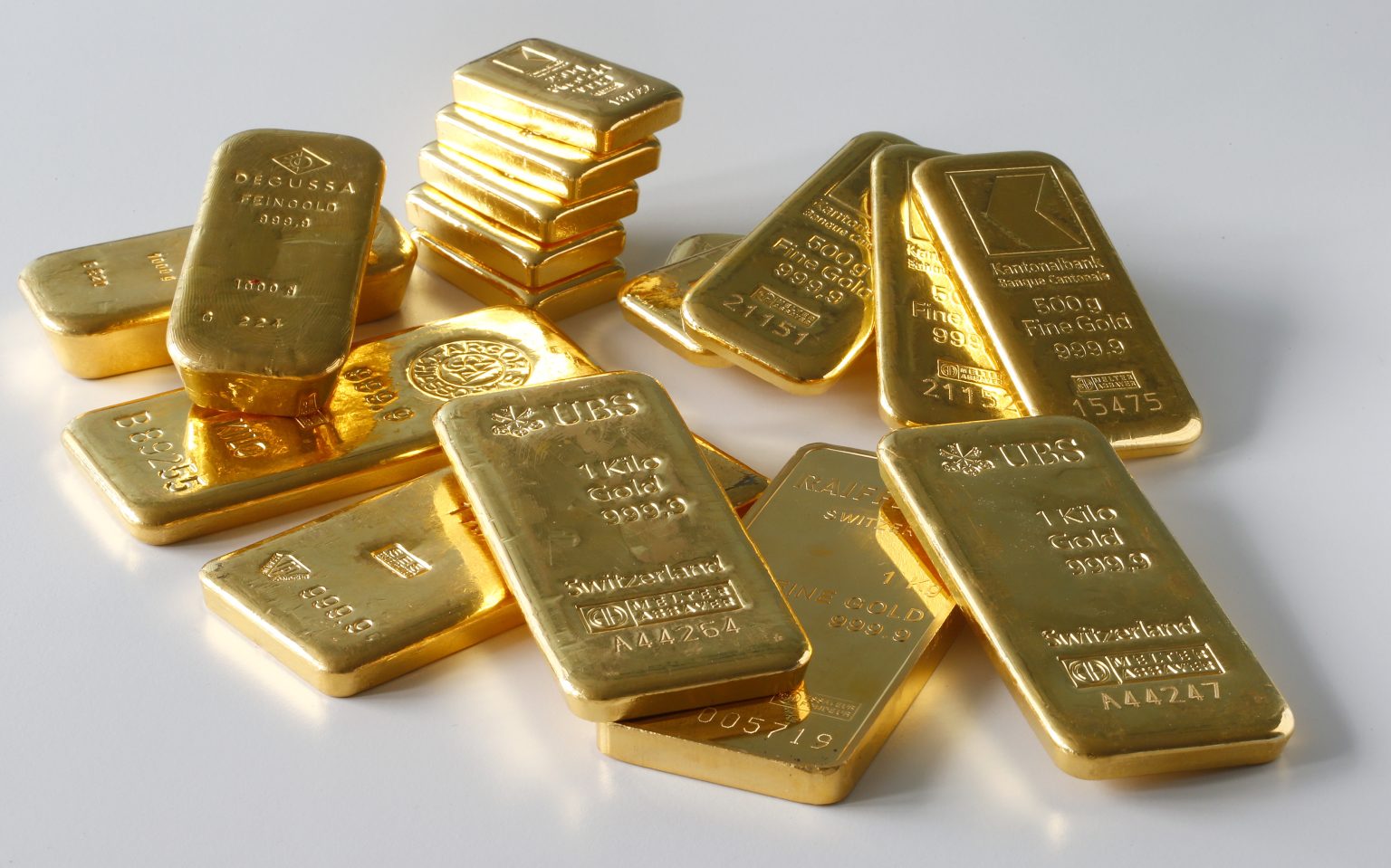 FILE PHOTO: Gold bars from the vault of a bank are seen in this illustration picture taken in Zurich, Switzerland, November 20, 2014. REUTERS/Arnd Wiegmann/File Photo

Data from Swiss customs showed that in November alone gold worth hundreds of millions of dollars came into the country.

The outlet has found that Swiss exports, dominated by pharmaceutical products, have surged by 19%, while imports from Russia jumped by 54% since the beginning of the year.

Such a sizable growth in Russian exports was reportedly due to an increase in shipments of gold, which is subject to specific sanctions in Switzerland. In August, the country joined EU restrictions banning trade of Russian gold and gold products, which apparently had little impact on imports of the metal from the sanctioned country, the outlet has said.

According to Swiss customs service data, 6.4 tons of gold worth CHF344 million ($370 million) arrived from Russia in November. The identity of the buyer, however, was unclear. The outlet suggested that much of the gold has entered Switzerland, itself a major global hub for processing the precious metal, via third countries and allegedly from Dubai.

Meanwhile, the Swiss Association of Precious Metal Manufacturers and Dealers told the newspaper that it had no dealings with Russian gold.

In July, the EU adopted its seventh package of Ukraine-related sanctions against Russia, which included a ban on the “direct or indirect purchase, import or transfer of gold and gold jewelry” originating from Russia, and also prohibited exports from Russia to the bloc. Restrictions also target exports of gold items processed in a third country.