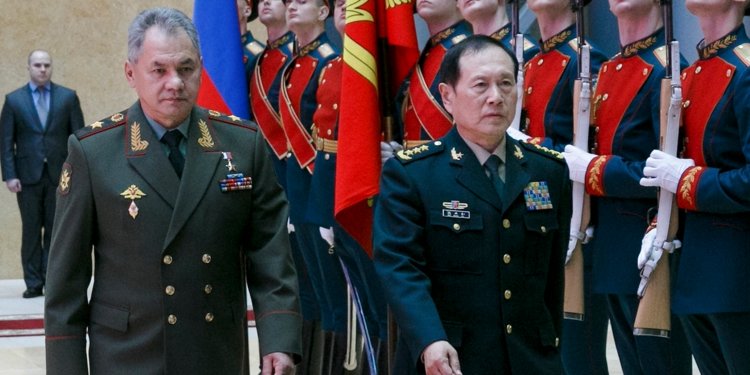 Russian Defense Minister Sergei Shoigu and a senior Chinese military official have signed a set of documents on military-technical cooperation.

The ministry quoted Shoigu as saying China is Russia’s key strategic partner, and the two countries are entering a new stage of development.

Zhang accused the United States of exerting strategic pressure on China and Russia. He said China has always put priority on Russia in its diplomacy, and it is ready to cooperate to achieve a new breakthrough.

The Chinese and Russian militaries held major drills in Russia’s Far East last September. In July, they also conducted a joint air patrol over the Sea of Japan