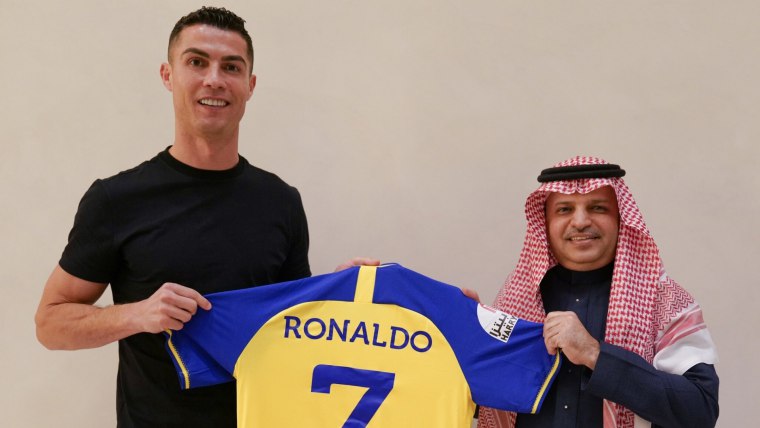 Projected debut date for CR7 in Saudi ArabiaLegendary forward Cristiano Ronaldo has officially found a new club, signing for Saudi Arabia side Al Nassr in the aftermath of the 2022 FIFA World Cup.Now the question becomes when Ronaldo will begin play for Al Nassr, with clubs having returned from the World Cup break and domestic play resumed.Many players who saw significant World Cup action are still filtering back into their clubs. For example, champion Lionel Messi has yet to return to PSG, although that is expected to take place soon.When will Cristiano Ronaldo debut for Al Nassr?Cristiano Ronaldo is rested up after Portugal’s time at the 2022 World Cup, and will be ready to make his debut for his new club Al Nassr in short order.The match on January 5 against Al Ta’ee is expected to be Ronaldo’s debut, but the superstar forward could also wait to take the field against league leaders Al Shabab on January 14. It’s likely that the game against Al Shabab will be one to determine the Saudi Pro League’s top spot, with the two clubs jockeying for first place in the table.Will Ronaldo play in AFC Champions League?Cristiano Ronaldo will almost surely debut for his new club Al Nassr in time for a massive friendly game against rival Lionel Messi and PSG.The Riyadh Season Cup is a friendly between PSG and a combined XI of Al Nassr & Al Hilal players. Those two clubs are the biggest in Saudi Arabia, and Ronaldo would surely be selected to participate.The match originally was scheduled to be played in January 2022, but was postponed due to COVID-19 related disruptions. It is expected to be rescheduled for January 2023 but a specific date has not yet been announced

This article was originally published by Sporting News.

Cristiano Ronaldo football Saudi Arabia
Previous ArticleStewart again as Sunderland deny Blackpool.
Next Article Where to travel in 2023: The best destinations to visit.