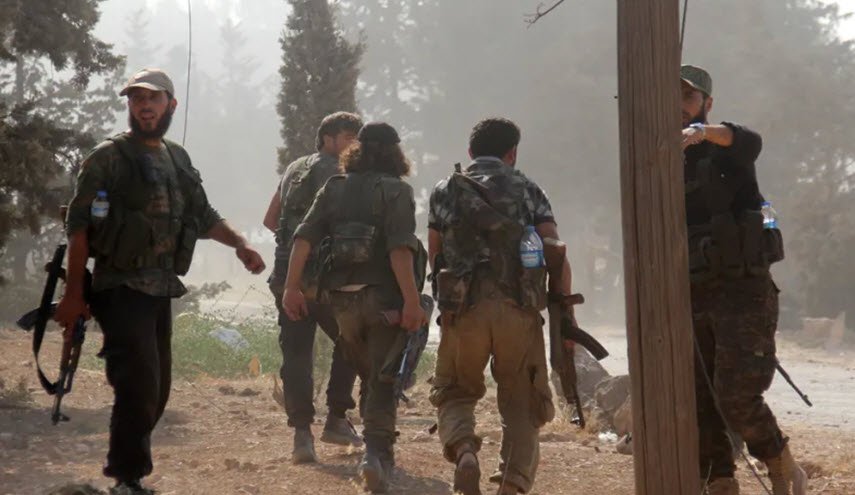 As NATO media are currently mourning the departure of  Neocon, John Bolton, and incited support for US bombing of Iran because Yemeni patriots engaged in a retaliatory bombing of an oil refinery in Saudi occupied Arabia, no attention is given to ongoing war crimes by the Trump and Erdogan regimes, against Syria, nor of the continuing terror attacks, including the bombing of a real hospital.

On 15 September, illicit US forces brought a convoy of dozens of military vehicles from Iraq into Syria, turning them over to the SDF separatist terrorists to strengthen them in al-Jazira, northeast of the country near Qamishli. The SDF terrorists continue to engage in attempted ethnic cleansing of Syrians, murdering, kidnapping boys for war criminal military training camps, blocking roads, stealing or destroying homes.

Two brothers, aged 12 and 13, were injured by landmines left behind by terrorists in Mrat Village, Deir Ezzor countryside, on 15 September. They were rushed to the al-Assad Hospital, where one was reported in serious condition.

Also on Sunday, terrorists attempted to blow up the al Rahi Hospital, in northeastern Aleppo countryside, by remote detonation of a nearby parked truck, filled with explosives. The savages succeeded in destroying part of the facility, and in martyring an undisclosed number of Syrian civilians, in addition to wounding others.

Sunday was a busy day for the NATO-armed terrorists, as they also fired rockets into al-Rassif village in northwest Hama countryside. One young girl was injured, and several homes and businesses damaged.

Deadly infighting among various terrorist gangs in Idlib did not stop al-Nusra Front armed terrorists from blocking the Abu al Duhour corridor in southeastern Idlib countryside, which was prepared to receive civilians wishing to leave takfiri-occupied areas of the governate.

Syrian authorities found another huge depot of weapons and telecommunications devices left behind by the criminally insane gangs in the liberated area of Daraa.

On 17 September, three civilians were injured and a father and son martyred in al-Bowaida village, northern Hama countryside, in yet another mine blast. The deranged human garbage, armed and funded by NATO and their Gulfies underlings, continue to bury landmines and other explosive devices in agricultural fields to maximize the most brutality in liberated areas. Despite the signing of an MoU between the Syrian government and the UN Mine Action Service in mid-2018, the United Nations group has done little to assist in clearing the destructive weapons provided by many of its member states.

The injured were rushed to the Hama National Hospital for treatment.

Bolton Daraa Idlib NATO Syria Syrian_Army terrorist UN USA
Previous ArticleSaudi energy minister: Oil supply is back to what it was before the attack, but we don’t know yet who is responsible
Next Article Latest Astana Peace Process Summit Highlights U.S. and Israel’s Role in Prolonging Syrian Conflict