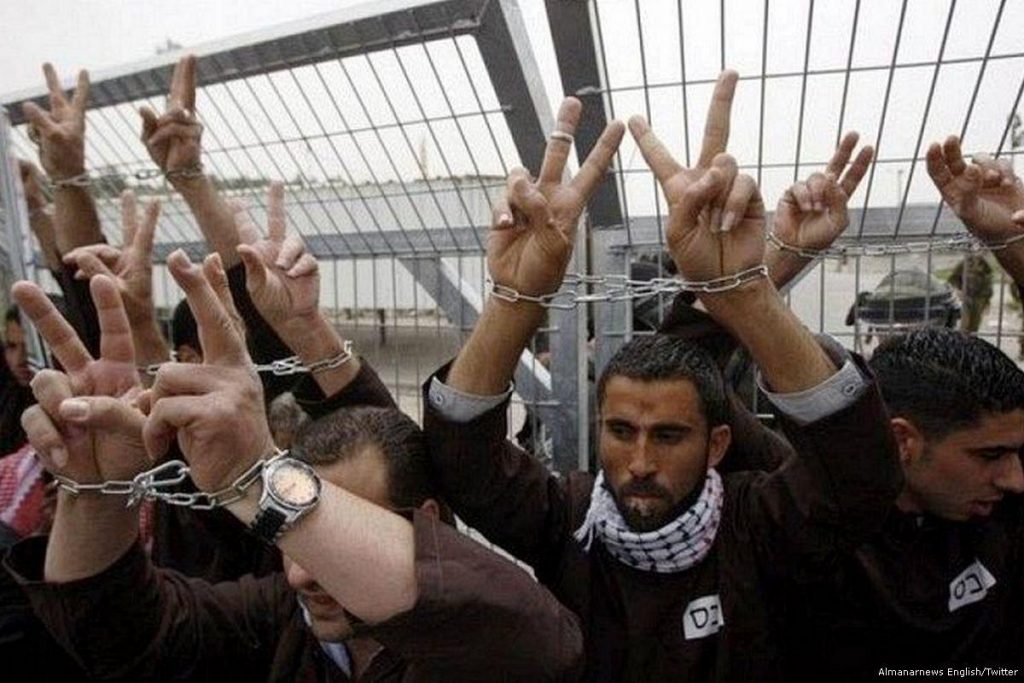 Dozens of Palestinian prisoners behind bars in Israeli jails are continuing their open-ended hunger strike for the 13th consecutive day to protest the presence of cancer-causing mobile phone jammers in prisons.

According to a report by the Palestinian Information Center on Sunday, the hunger strike began after the Israeli prison service recently installed many cell phone jamming devices in its detention centers and later boosted the level of their hazardous radio signals.

It added that Israeli prison authorities still refused to meet the demands already made by the representatives of Palestinian prisoners about removing the jammers, activating public telephones, and putting an end the restrictive measures against the prisoners.

In recent months, the Palestinian prisoners in various jails have complained of severe headaches as a result of the operation of the mobile phone jammers, but the authorities keep ignoring the negative impacts of the devices on the prisoners’ health.

More than 7,000 Palestinians are reportedly held in Israeli jails. Hundreds of them have apparently been incarcerated under the practice of “administrative detention,” a policy under which Palestinian inmates are kept in Israeli detention centers without trial or charge.