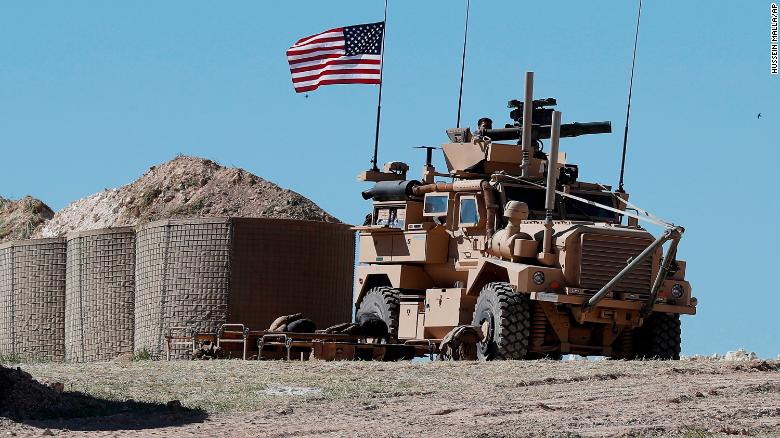 Kremlin spokesman Dmitry Peskov says Syria’s territorial integrity must be preserved and all foreign troops illegally present in the conflict-plagued Arab country must leave, as the United States announced it was withdrawing troops from northeastern Syria.

“Russia’s position, recently announced by President [Vladimir] Putin, is that all foreign troops illegally present in Syria must leave the country,” Peskov told reporters in Moscow on Monday.

The Kremlin spokesman then commented on Turkish President Recep Tayyip Erdogan’s statement that Ankara is prepared for a military campaign against Kurdish-led militants from the so-called Syrian Democratic Forces (SDF) in northeastern Syria, emphasizing Russia’s call for refraining from actions that may hamper settlement of the Syria crisis.

“In this case, it is important to refrain from any actions that may create obstacles on the path of Syrian settlement. We know that certain perspectives are opening up and we understand that it will be a long and thorny path. And now that the Syrian Constitutional Committee has been formed and when the date for its meetings has been appointed, it is vital to refrain from any steps that may harm Syrian settlement,” he said.

Peskov further noted that the Kremlin expects Turkey to preserve the territorial and political integrity of Syria.

Moscow agrees that “Turkey may take action to ensure its security. It means resistance to terrorist elements that may be hiding in Syria. But first and foremost we say that the territorial and political integrity of Syria must be observed,” he said.

Peskov further stated that Putin and Erdogan have had no discussion concerning Ankara’s plan to carry out a military operation in northeastern Syria.

“However, you know that Russian and Turkish militaries and intelligence agencies maintain close contact,” the Kremlin spokesman pointed out.

White House Press Secretary Stephanie Grisham said in a statement on Sunday that Washington had begun withdrawing US troops from Syria’s border with Turkey, adding that the American forces “will not support or be involved in the (Turkish) operation” and “will no longer be in the immediate area.”

President Donald Trump on Monday defended the decision to withdraw US troops from northern Syria, saying it was too costly to keep supporting its allies.

“The Kurds fought with us but were paid massive amounts of money and equipment to do so. They have been fighting Turkey for decades,” Trump said in a series of tweets.

Erdogan said on the same day that the Turkish army was ready to launch operations against SDF militants in Syria at any moment.

“There is a phrase that we always say: we can come any night without warning,” the Turkish president told reporters in televised remarks. “It is absolutely out of the question for us to further tolerate the threats from these terrorist groups.”

SDF later warned that a Turkish military invasion would spark a major resurgence of the Daesh Takfiri terrorist group, and vowed to battle Turkey’s military.