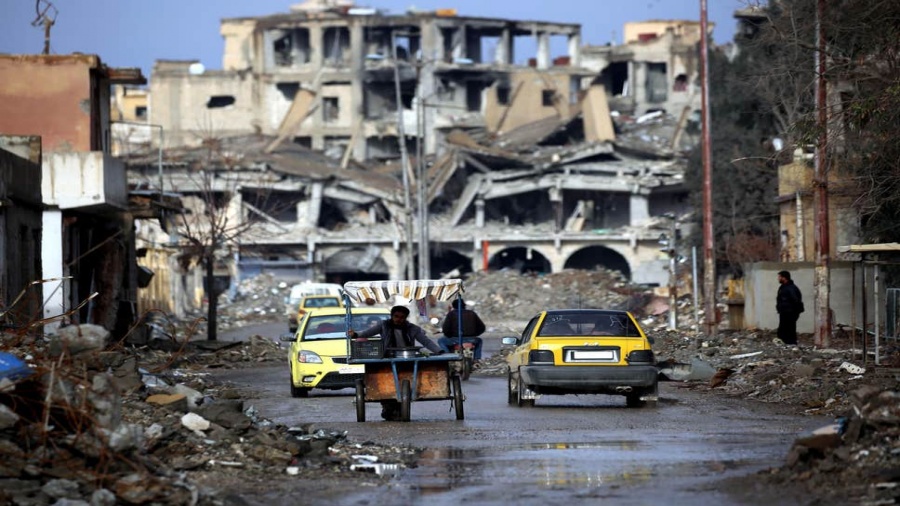 What happened in Geneva this Wednesday, in terms of finally bringing peace to Syria, could not be more significant: the first session of the Syrian Constitutional Committee.

The Syrian Constitutional Committee sprang out of a resolution passed in January 2018 in Sochi, Russia, by a body called the Syrian National Dialogue Congress.

The 150-strong committee breaks down as 50 members of the Syrian opposition, 50 representing the government in Damascus and 50 representatives of civil society. Each group named 15 experts for the meetings in Geneva, held behind closed doors.

This development is a direct consequence of the laborious Astana process – articulated by Russia, Iran and Turkey. Essential initial input came from former UN Envoy for Syria Staffan de Mistura. Now UN Special Envoy for Syria Geir Pedersen is working as a sort of mediator.

The committee started its deliberations in Geneva in early 2019.

Crucially, there are no senior members of the administration in Damascus nor from the opposition – apart from Ahmed Farouk Arnus, who is a low-ranking diplomat with the Syrian Foreign Ministry.

Among the opposition, predictably, there are no former leaders of weaponized factions. And no “moderate rebels.” The delegates include several former and current parliament members, university rectors and journalists.

After this first round, significantly, the committee’s co-chair, Ahmad Kuzbari, said: “We hope that our next meeting could take place in our native land, in our beloved Damascus, the oldest continuously inhabited capital in history.”

Even the opposition, which is part of the committee, hopes that a political deal will be clinched next year. According to co-chair Hadi al-Bahra: “I hope that the 75th anniversary of the United Nations next year will be an opportunity to celebrate another achievement by the universal organization, namely the success of efforts under the auspices of a special envoy for political process, who will bring peace and justice to all Syrians.”

The committee’s work in Geneva proceeds in parallel to ever-changing facts on the ground. These will certainly force more face-to-face negotiations between Presidents Putin and Erdogan, as Erdogan himself confirmed: “A conversation with Putin can take place any time. Everything depends on the course of events.”

“Events” seem not to be that incandescent, so far, even as Erdogan, predictably, releases the whiff of a threat in the air: “We reserve the right to resume military operation in Syria if terrorists approach at the distance of 30km to Turkey’s borders or continue attacks from any other Syrian area.”

Erdogan also said the de facto safe zone along the Turkish-Syrian border could be “expanded,” something that he would have to clear in minute detail with Moscow.

Those threats have already manifested on the ground. On Wednesday, Turkey and allied Islamist factions launched an attack against Tal Tamr, a historic Assyrian Christian enclave 50km deep inside Syrian territory – far beyond the scope of the 10km patrol zone or the 30km “safe” zone.

Poorly-armed Syrian troops pulled out under fierce attack, and with no apparent Russian cover. The Syrian military on the same day issued a public statement calling on the Syrian Democratic Forces to reintegrate under its command. The SDF has said a compromise must be reached first over semi-autonomy for the northeastern region. Thousands of residents in the meantime fled farther south to the more protected city of Hasakeh.

Two facts are absolutely crucial. The Syrian Kurds have completed their pull out ahead of schedule, as confirmed by Russian Defense Minister Sergey Shoigu. And, this Friday, Russia and Turkey start their joint military patrols to the depth of 7km away from the border, part of the de facto safe zone in northeast Syria.

The devil in the immense details is how Ankara is going to manage the territories that it now actually controls, and to which it plans to relocate as many as 2 million Syrian refugees.

Then there’s the nagging issue that simply won’t go away: the American drive to “secure the oil” (Trump) and “protect” Syrian oilfields (the Pentagon), for all practical purposes from Syria.

In Geneva, Russian Foreign Minister Sergey Lavrov – alongside Iran’s Javad Zarif and Turkey’s Mevlut Cavusoglu – could not have been more scathing. Lavrov said Washington’s plan is “arrogant,” and violates international law. The very American presence on Syrian soil is “illegal,” he said.

All across the Global South, especially among countries in the Non-Aligned Movement, this is being interpreted, stripped to the bone, for what it is: the United States government illegally taking possession of natural resources of a third country via a military occupation.

And the Pentagon is warning that anyone attempting to contest it will be shot on sight. It remains to be seen whether the US Deep State would be willing to engage in a hot war with Russia over a few Syrian oilfields.

Under international law, the whole “securing the oil” scam is a euphemism for pillaging, pure and simple. Every single takfiri or jihadi outfit operating across the “Greater Middle East” will converge, perversely, to the same conclusion: US “efforts” across the lands of Islam are all about the oil.

Now compare that with Russia-Iran-Turkey’s active involvement in a political solution and normalization of Syria – not to mention, behind the scenes, China, which quietly donates rice and aims for widespread investment in a pacified Syria positioned as a key Eastern Mediterranean node of the New Silk Roads.