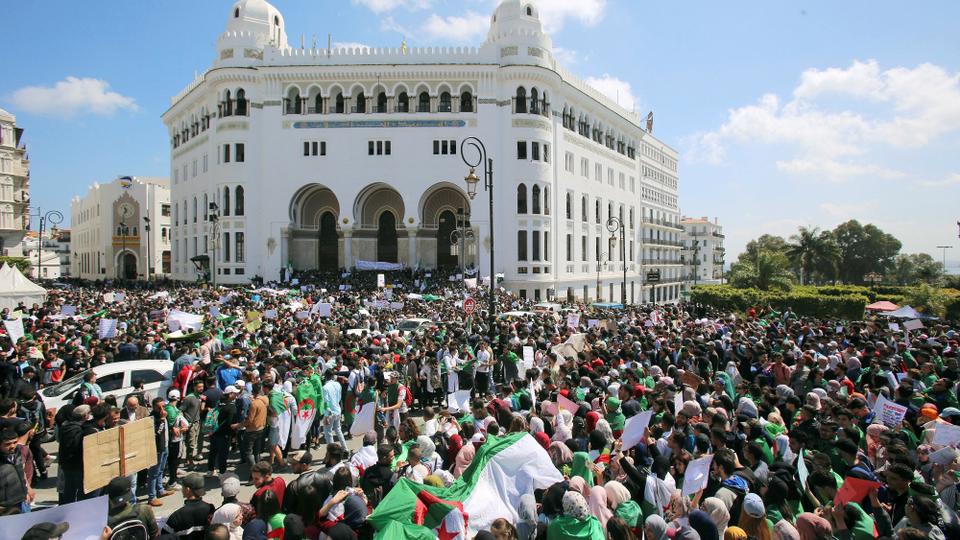 Twenty-three candidates, out of a total of 147 applicants who have withdrawn the subscription forms for individual signatures, had applied to the election authority, submitting their candidacy files but failed to meet requirements which include collecting signatures from 25 of the country’s 48 provinces.  Following the announcement of the National Independent Authority for Elections (ANIE), called upon to decide on the validity of the candidatures to the Presidency of the Republic by duly reasoned decision, of the list of 05 candidates, those who were rejected were allowed to file appeals within 48 hours before the announcement of the final decision of the Constitutional Council within a period not exceeding 7 days.

Algeria’s Head of State Abdelkader Bensalah announced, in September, that the presidential election, already postponed twice, are scheduled for Dec. 12 in a bid to put an end to the political crisis witnessed in Algeria and calm down the ire of months-long protests demanding the departure of the old guard.

Polls planned for July 4 were postponed due to a lack of viable candidates, plunging the country into a crisis. The elections are to replace former longtime President Abdelaziz Bouteflika, who was forced to step down in April following massive protests and a stern warning from army chief Ahmed Gaid Salah, opposing his bid for a fifth term. The Government, since then, managed to dismantle the corruption-ridden system that kept him in office. A slew of ex-government officials, the “entourage” of the Bouteflika regime,   who served under him have been detained, including; two former prime ministers Abdemalek Sellal and Ahmed Ouyahia, the former justice minister Tayeb Louh, ex-labour minister Mohamed El Ghazi and former public works and transport minister Abdelghani Zaalane, alongside other tycoons and oligarch associated with his era. They are remanded in custody over different charges, ranging from the abuse of power, unjustly obtaining or granting undue privileges, embezzlement, squandering and concealment of files and concluding contracts and deals in contrary to the laws and regulations in force etc…

These trials coincide with the launch of investigations with respect to other heavy cases, to wit, inter alia, the Khalifa and Sonatrach corruption cases, Al-Butcher, the main defendant following the seizure of more than 701 kg of cocaine in Algeria’s western port of Oran, a scandalous file which revealed the involvement of state officials, judges and governors in what is being described as the biggest cocaine seizure in Algeria.

Said Bouteflika, seen by many as the power behind the Algerian presidency after his brother suffered a stroke in 2013, was, too, sentenced along with two ex-intelligence services’ chiefs and the Secretary-General of the political part the Workers’ Party to 15 years in prison for plotting against the state and undermining the army. He was arrested in May, along with the ex-intelligence bosses – Mohamed Mediene and Athmane or Bachir Tartag – and leftist leader Louisa Hanoune over a meeting during which they raised the issue of imposing a state of emergency and firing army chief Ahmed Gaid Salah as a last-ditch effort to preserve the rule of the former president.

According to observers, the date set for this third attempt to organize a presidential election, already postponed twice – first on April 18 and second on July 4 – respects the deadlines recommended by the Chief of Staff of the army, General Ahmed Gaïd Salah, and that it will take place on time, allowing the candidate deems fit to take the reins of the country, especially that the Independent National Electoral Authority (ANIE) reaffirmed through the voice of its president Mohamed Charfi, its commitment to ensure that the presidential election, scheduled for December 12, will be regular and democratic. For this purpose, a charter of ethics of electoral practices will be elaborated in order to be signed by the ANIE, the candidates and the press before the beginning of the electoral campaign.

They consider it as the only way out of the current political deadlock the nation has been going through since Feb. 22, adamant that the crisis must be ended and the transparent election will be the guarantee to avoid all kinds of escalation and foreign interference, given the sensitivity of the current political situation and the dangerousness of the challenges, wondering why protesters, who are doubting its transparency and rejecting the approved candidates, have not chosen a personality to represent them in the poll.

They believe that the previous practices that were the cause of their abstention from voting will be removed, saying that «colossal efforts will be made to conduct a regular election.

The authorities, they added, are working afoot to meet the protesters’ demands as they detained several former officials including two ex-prime ministers, ministers, governors and several prominent businessmen over corruption charges, expressing hope in the Army, and its chief of staff Lt Gen Ahmed Gaid Salah, that vowed transparency and fairness for the December vote.