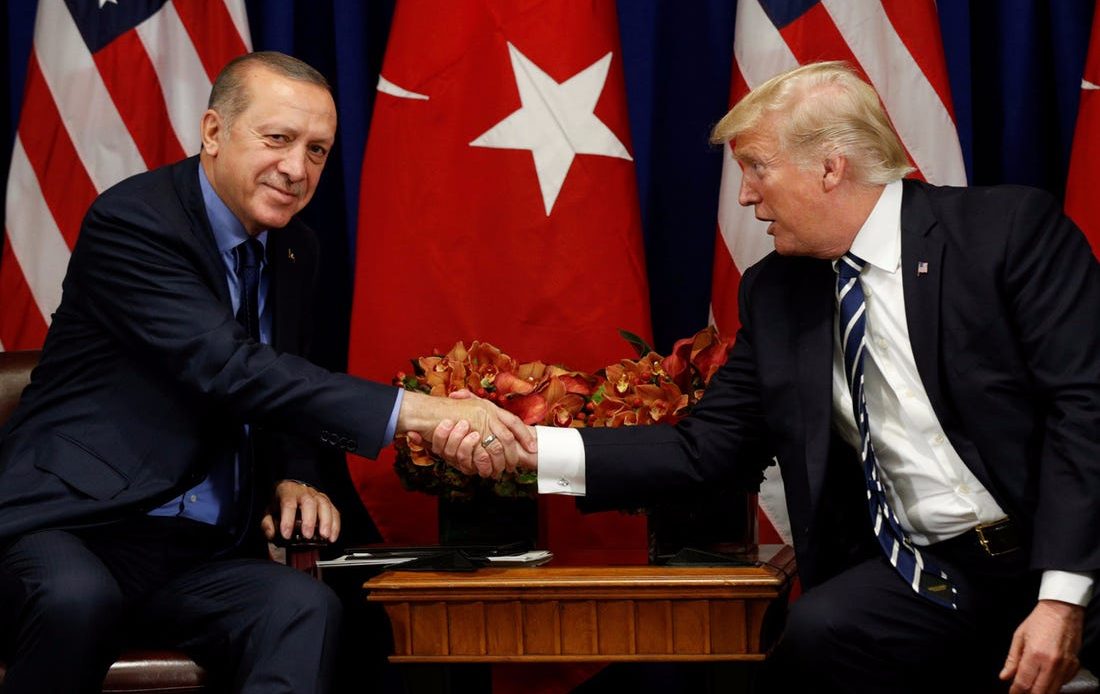 US President Donald Trump lauds his relationship with Turkish President Tayyip Erdogan amid S-400 tensions between Washington and Ankara.

Pro-Kurdish protesters gathered outside the White House Wednesday to censure Erdogan’s visit and slam Trump’s abandoning of Kurds ahead of Turkey’s assault on Syria.

“America Stand With Your Kurdish Allies,” read one sign, according to Reuters.

“We’ve been friends for a long time, almost from Day 1. We understand each others’ country. We understand where we are coming from,” Trump told Erdogan in the Oval Office. “We’re also talking about the trade deal…Frankly, we’re going to be expanding our trade relationship very significantly.”

The meeting was held amid Turkey’s decision to purchase the Russian S-400 system, which the US says could aid Russian intelligence and threaten a vital American aircraft, the F-35 fighter jet.

Republican Senators Ted Cruz and Lindsey Graham were also there to press the Turkish president on the S-400 issue as well as Ankara’s treatment of Syria’s Kurds.

“The Kurds have risked a lot to stand with America and fight our shared enemy and there is very real concern that we do not want to see Turkey engaged in offensive actions against the Kurds,” Cruz said.

The Washington-Ankara ties have also been overshadowed by the US House recognition of the killing of Armenians by the Ottoman Empire a century ago as genocide.

Turkish Foreign Minister Mevlut Cavusoglu fired back at the US lawmakers’ backing of the resolution at the time and accused them of “exploiting history in politics.”

The Turkish government has historically denied and argued accusations do not take into account the death of Turks.