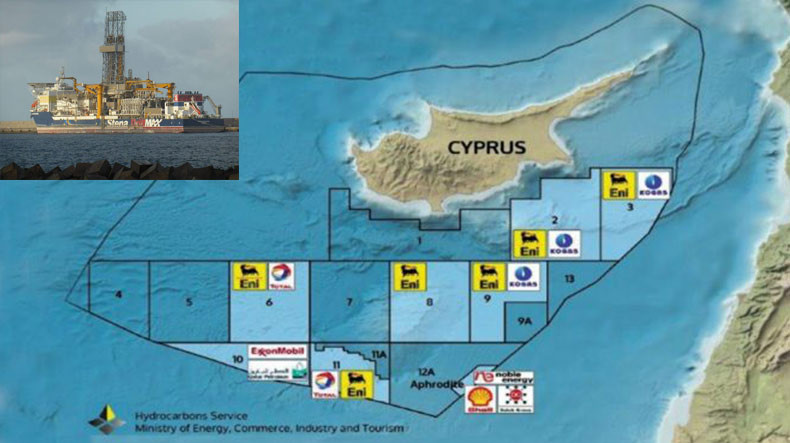 Can The EU’s New Sanctions Against Turkey Force The Cyprus Issue To Finally Be Resolved?

Every year, on the anniversary of the fall of the Berlin Wall, references are made with the Cypriot capital of Nicosia, the last divided capital city of Europe. In Berlin, the wall fell under the weight of a political cosmogony and pressure from citizens, who dismantled the wall with their hands, hammers and other tools until Berlin was once again united.

However, the partition of Germany and the division of Cyprus did not have the same starting point. Germany was divided between a communist east and a capitalist west after the Nazis were defeated by Soviet forces after the Battle of Berlin, while Cyprus was occupied in 1974 after Turkey invaded the northern portion of the island, established a de facto state only recognized by Ankara, and displaced the entirety of the native Greek population while replacing them with colonizers from Turkey.

Regarding the handling of the occupation, the status quo in Cyprus is controlled. Unfortunately, adapting to Turkish aspirations also goes through the deterioration of Ankara’s actions. The choice is between accepting the perpetrators or preventing them from overturn.

Ankara has relentlessly advanced into waters controlled by the Republic of Cyprus, the internationally recognized country.

Why? Oil and gas of course. Billions and billions of dollars’ worth.

The Eastern Mediterranean remains a strategic point for trade due to its proximity to the Suez Canal, transportation and more recently, natural resources. It is this very drive for exploiting the natural resources that in January, the Eastern Mediterranean Gas Forum was convened as a means for Cyprus, Egypt, Greece, Jordan, Israel, Italy and the Palestinian Authority to develop a regional natural gas market. Notably, Turkey was missing from this Forum, which would have agitated Ankara as only a month later ExxonMobil announced a new gas discovery in offshore Cyprus that has more than doubled Cyprus’s estimated offshore resources. This is why Turkey has been in a desperate rush to exploit oil belonging to another internationally recognized sovereign country.

It is for this reason that on Monday, on Nicosia’s request last month, the EU Council of Foreign Affairs adopted sanctions, including travel bans and freezing assets of individuals and entities involved in Turkey’s illegal drilling Cypriot natural resources. The sanctions also prohibit persons and entities from the European Union from making funds available to those on the list of sanctions.

The sanctions come as last week, Turkish Energy Minister Fatih Dönmez boldly announced that his country had started illegal oil-drilling with Yavuz ship off Cyprus, noting that the Fatih vessel was also preparing for a new drilling.

In response to the sanctions, the Turkish Foreign Minister Mevlüt Çavuşoğlu claimed that “We will not give up our rights under international law, despite European steps,” adding that the EU “cannot grasp the reality and make the right decisions based on international law and justice.”

This is a strange position for Turkey to adopt when considering there is absolutely no international law that validates its illegal drilling of oil and gas that belongs to Cyprus. In actual international law, the UN Convention on the Law of the Sea stipulates that a state’s territorial waters can only extend 12 nautical miles out to sea. However, Cyprus has its own internationally recognized Exclusive Economic Zone (EEZ), meaning Nicosia can claim fishing, mining, and drilling rights a further 200 miles unless the distance between two countries is less than 424 miles, they must determine an agreed dividing line between their EEZ’s.

Although Turkey claims it is upholding international law, without citing which international law exactly, it is unsurprising that Turkey is one of only 15 UN members, out of 193, that has not signed up to the UN Convention on the Law of the Sea, demonstrating it has no interest in international law.

Simon Henderson, an energy specialist at the Washington Institute, explains that “Turkey has not signed up to the convention because the document grants significant rights to island territories” and that “Ankara instead claims rights based on its continental shelf, a perspective that severely limits Cypriot rights.”

Although Ankara continues to send colonizers to Northern Cyprus, the rest of the world recognises Cyprus as one country, with the government in Nicosia having sovereignty. The refusal of international states, including traditional allies like Albania and Azerbaijan, to recognize the illegal “Turkish Republic of Northern Cyprus” infuriates Ankara. Only last month, EU Member States had reiterated their full support for Cyprus, demanding that the European Commission submit proposals for restrictive measures against Turkey.

The sanctions will be a major blow to Turkey as it does not have the technology or knowhow to exploit the significant gas and oil deposits in the EEZ, and it is highly unlikely that multinationals will be willing to extract Cyprus’ natural resources on behalf of Turkey and risk sanctions and punishment.

Therefore, Turkey certainly does not appear ready to participate in a five-day meeting on the Cyprus Issue in December. The initial goal was to pursue an informal five-day meeting with the UN Secretary-General following an informal three-day meeting, in search of unifying the island again.
At the same time UN Special Envoy Jane Hol Lut is expected to arrive in Cyprus for preparations for the informal trialogue meeting in Berlin on November 25 and Cypriot President Anastasiadis will also meet with Lut on November 16. However, President Anastasiadis goes to Paris on Monday to participate in the international Forum on Peace organized by the French Presidency. Before Berlin, President Anastasiadis will also travel to Zagreb to attend a conference of the European People’s Party hosted in the Croatian capital on November 20 and 21.

It certainly appears that Cyprus is making every diplomatic effort to force the issue of the divided island to be resolved. Although Turkey continues to act in a defiant manner, it is yet to realize that its efforts to become the regional hegemon has only weakened its position. It’s reversal of its responsible “Policy of Zero Problems with our Neighbors,” that was completed destroyed with Turkey’s support of jihadists against Syria in 2011 despite Turkish President Recep Tayyip Erdoğan once describing his Syrian counterpart Bashar al-Assad as “his brother”, has only seen the country experience more problems with increased terrorist attacks, the re-emergence of the PKK in Syria and a destroyed economy.

And now in Cyprus, with its continued efforts to ‘legitimize’ the invasion of the rest of the country or illegally extract its natural resources, Turkey will now be put in an even weaker position as it risks its economy further. With the U.S. already applying pressures and sanctions on Turkey for acquiring the Russian S-400 and invading northern Syria, the EU will now likely go on the offensive against Ankara as it continues to occupy a part of an EU member.

Although the EU has taken a more-or-less balanced and patient approach to resolving Cyprus, it appears it is now becoming increasingly impatient with Turkey’s aggression towards neighboring EU members. With the EU and Nicosia attempting to push ahead negotiations in resolving the Cyprus issue but Turkey illegally extracting natural resources, occupying a part of an EU member and indirectly threatening to invade the rest of the island along with Greece’s eastern Aegean islands, the EU is beginning to realize that time is being wasted in negotiations and patience and that a more aggressive approaches like sanctions needs to be taken.

Severe sanctions against Turkey would be devastating to its already fragile economy. Will this be enough to force Turkey to the negotiating table remains to be seen, but it is highly unlikely as Erdoğan has already demonstrated he is willing to sacrifice the wellbeing of his people and the economy by prioritizing military operations in Syria and Iraq, and pressuring the Greek and Cypriot militaries on a daily basis with the constant war games, costing the Turkish economy billions upon billions of dollars.