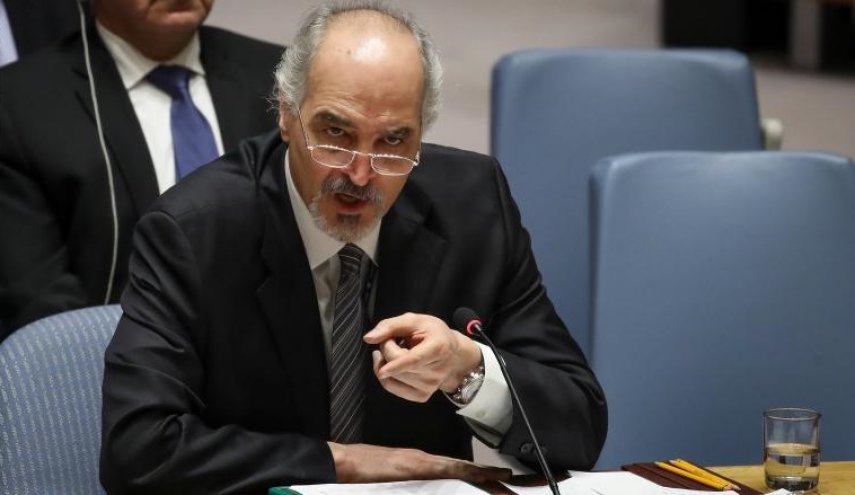 Terrorists continue to take civilians as human shields in Idlib

Syria’s Ambassador to the United Nations Bashar al-Jaafari says Takfiri terrorist groups operating in the northwestern province of Idlib continue to take civilians as human shields, stressing that it is the Damascus government’s duty to purge the area of their presence.

Speaking at a UN Security Council session on the situation in the Middle East, Jaafari argued that whilst some members of the world body were hindering the efforts being made by the Syrian government and its allies to fight Daesh and Jabhat Fateh al-Sham, formerly known as al-Nusra Front, terrorist groups, others bragged about an alleged operation that led to the death of Daesh leader Abu Bakr al-Baghdadi and a number of his close aides.

The Syrian diplomat highlighted that it lies within the Damascus government’s duties to free its citizens from the clutches of terror groups wreaking havoc in Idlib.

Jaafari also criticized the double standards being exercised by certain Security Council member states, stating that they portray themselves as heroes for allegedly killing Baghdadi, fill up the United Nations hallways with their shouts and bring about mechanisms against the Syrian government when the latter was about to eliminate Baghdadi and his terrorist group besides Abu Mohammad al-Julani, the founder of Jabhat Fatah al-Sham.

“The same countries attacked Syrian army units when they were in full combat and were trying to get rid of Daesh in Jazira region. Such an incident has happened on al-Tharda Mount near the city of Dayr al-Zawr and elsewhere in Syria,” the Syrian UN ambassador said.

He called on Security Council member states to respect Syria’s sovereignty, unity and territorial integrity based on the principles of the international law, UN Charter and UN Security Council resolutions on the situation in Syria.

Jaafari also urged the Security Council to “assume its responsibilities in terms of ending the illegal presence of foreign forces on the Syrian soil, and forcing countries that continue to sponsor terrorism and plunder Syria’s natural resources, including crude oil, to stop their acts.”

On Thursday, Syrian government forces managed to liberate the villages of Luaibdeh Gharbyia and Tal Khazna in Idlib.

Syria’s official news agency SANA reported that Syrian army soldiers struck the gatherings and fortifications of militants from the Jabhat Fateh al-Sham with barrages of artillery rounds and rockets.

Several militants fled away towards their strongholds in the countryside of Maarat al-Numan town, located 33 kilometers (20.52 miles) south of Idlib.