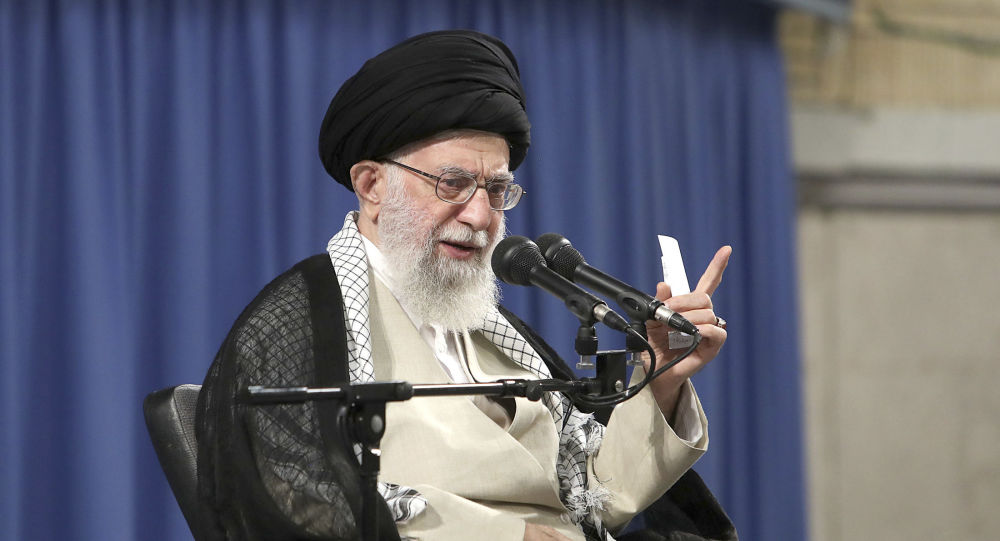 Iranian Supreme Leader Ali Khamenei has backed the government’s move to increase petrol prices that led to protests across the country.

The Iranian state TV quoted Ayatollah as saying that the decision to introduce a spike in prices should be implemented.

Addressing the issue of the protests, Khamenei stated that they were spurred by foreign influence.

“Some people would definitely get upset over this decision… but damaging and setting fire (to property) is not something (normal) people would do. It is hooligans,” he was quoted as saying. “Sabotage and arson are done by thugs, not our people. The counter-revolution and Iran’s enemies have always supported sabotage and breaches of security and continue to do so”.

Echoing his words, President Hassan Rouhani warned that Iran cannot allow ‘insecurity’ to fester in the face of protests.

“Protesting is the people’s right, but protesting is different from rioting. We should not allow insecurity in the society,” Rouhani said during a cabinet meeting.

Meanwhile, the Iranian state media reported that one police officer was killed in Kermanshah during protests on Sunday.

The protests have already resulted in one death in Sirjan on Saturday. Several others were injured and dozens detained over the two days of protests that saw motorists block highways and others attack public property in cities across the Islamic republic.