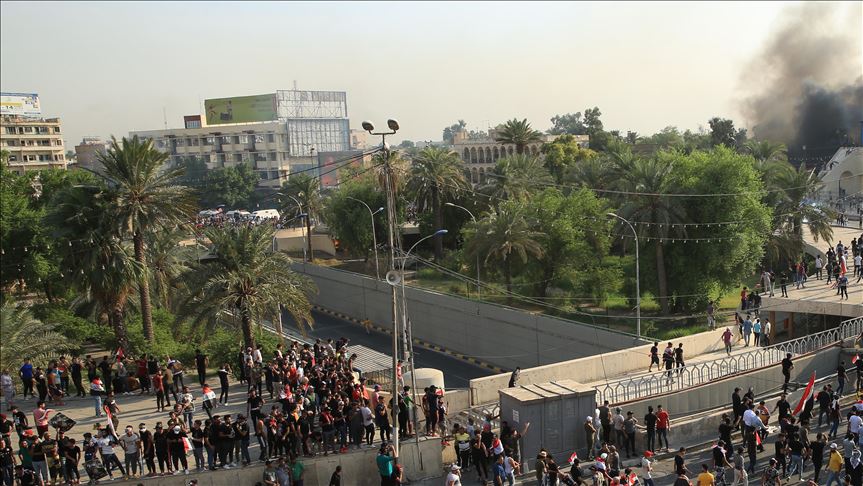 A rocket has reportedly struck the heavily fortified Green Zone in the Iraqi capital city of Baghdad.

The rocket attack on the zone, which houses government buildings and many foreign embassies, caused no casualties or major damage, Reuters further quoted two unnamed police sources as saying on Sunday.

Citing an unnamed security source, Iraq’s Arabic-language al-Sumeria television said a rocket, whose type was unknown, hit a spot “near” the Green Zone.

Iraq has been beset by public unrest since October with street protests in several Iraqi cities over unemployment and a lack of basic services. Protests have often turned violent, with clashes between security forces and protesters.

Iraqi protesters have directed their rage at a class of elite leaders whom they accuse of mismanaging the economy.

So far, more than 300 people, including civilians and security forces, have been killed in the protests, according to the Iraqi Parliamentary Human Rights Committee.