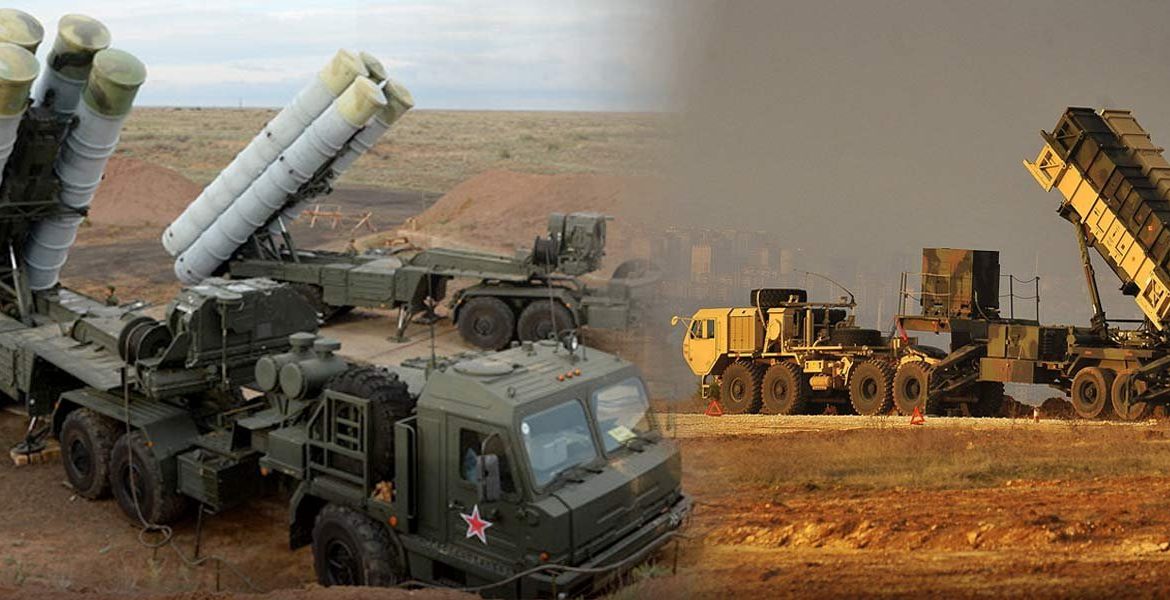 Turkish President Erdogan reaffirmed to his American counterpart that his country won’t completely abandon its purchase of Russia’s S-400s like Washington wants but that Ankara would buy its Patriot competitor as well if an offer was made “under suitable conditions”, suggesting that one or the other air-defense system would become a ‘white elephant’ under that scenario, with the odds being likely that it would be the Patriots which would fulfill this expensive but useless role and not the S-400s.

Turkish President Erdogan’s visit to the US last week didn’t visibly seem to have accomplished much in repairing the unprecedentedly damaged relationship between these two nominal NATO “allies”, although the very fact that it occurred despite Washington’s CAATSA sanctions threats, their earlier sharp disagreements over Ankara’s latest military operation in Northeastern Syria, and Congress’ provocative passing of a motion recognizing what some countries including Russia regard as the “Armenian Genocide” showed that there’s the political will on both sides to improve their ties even if only at the leadership level at this moment in time. As it stands, the main stumbling block is Turkey’s purchase of Russia’s S-400s, seeing as how the two countries have more or less reached a pragmatic understanding on Northern Syria and Ankara realizes that Trump’s “deep state” foes are politicizing historical events from a century ago in order in order to undermine his foreign policy in an attempt to weaken him ahead of next year’s elections.

President Erdogan reaffirmed to his American counterpart that his country won’t completely abandon its military deal with Russia like Washington wants but that Ankara would buy the US’ Patriots as well if an offer was made “under suitable conditions”, suggesting that one or the other air-defense system would become a ‘white elephant’ under that scenario. The odds, however, are likely that it would be the Patriots which would fulfill this expensive but useless role and not the S-400s. This is because the very intent in diversifying from NATO defense systems in the first place was to ensure that they couldn’t be sabotaged in the event of an intra-NATO conflict such as one between Turkey and Greece or between Turkey and the US. These concerns have been at the forefront of Turkish strategic military thought following the US’ indirect role in orchestrating the failed coup attempt against President Erdogan in 2016, during which time rogue pilots even attempted to assassinate the country’s leader. The S-400s give Turkey the reassurance that it could confidently thwart such scenarios in the future, while the Patriots would always leave it wary that they might prove “unreliable” at the worst moment.

The question then becomes one of why Turkey would even want to fork over what might potentially amount to billions of dollars for an air-defense system that it doesn’t even really plan to use, but the answer rests in the global geostrategic trend of “balancing” that’s increasingly come to define the emerging Multipolar World Order. Turkey acknowledges the threat that the Obama-era “deep state” that Trump inherited poses to it, but it also wisely understands that strategies can always change, hence why it’s important not to do anything that could make a more permanent enemy out of the US. The S-400 purchase is a strong step in the direction of increasing Turkey’s sovereignty at the expense of the US’ proxy control over this rising Great Power, but it’s precisely because of this outcome that even the pro-Trump factions of the US “deep state” are opposed to it. So as to not unnecessarily “provoke” America even more than it already has in recent years through its independent policies, the decision evidently has been made to seek some sort of a “compromise” with it through the potential purchase of Patriots “under suitable conditions”.

The aforesaid likely refer to these systems being offered at a competitive price and not made conditional on Turkey abandoning the S-400s. For as much as the US’ “deep state” factions are uniting in their perception of Turkey as a so-called “threat” to American interests in the Mideast and elsewhere, they also don’t want to completely cut it off and risk the country enacting a full-fledged pivot towards Russia and China in response, hence why they might be interested in reaching a deal that could avoid the imposition of CAATSA sanctions. That same pragmatic logic holds true for India as well, which plans to begin receiving S-400s next year after also signing a deal with Russia to this effect. A formula is therefore being formed for how countries that purchase the S-400s could potentially avoid CAATSA sanctions without abandoning those systems wherein they’d simply purchase some Patriots to complement their air defenses instead, though only so long as the US agrees to allow this to happen by “compromising” on its previously maximalist position that they don’t buy the S-400s at all.

The US might have an interest in making some extra money for its military-industrial complex in parallel with keeping those countries’ multipolar-friendly policies in check by not completely cutting them off from the Western orbit by imposing sanctions against them. From the Indian perspective, its armed forces could still find a use for the Patriots since it’s extremely unlikely that the US would ever sabotage them in the event that the South Asian state enters into a conventional conflict with either China or Pakistan, though the Turks would probably have to be content with accepting that they’re basically paying “protection money” to America by purchasing those “white elephants”.

That said, Turkey might possibly find some minor use for these systems such as along the Syrian border for instance, though it’s unlikely that they’ll ever occupy any premier position of strategic importance in defending the country since they can’t ever be relied upon in that respect like the S-400s could.

All told, if there’s any positive outcome of President Erdogan’s latest trip to Washington, it’s that Turkey and the US might be coming closer to a deal for avoiding CAATSA sanctions, though lots of work still remains to be done before that happens.