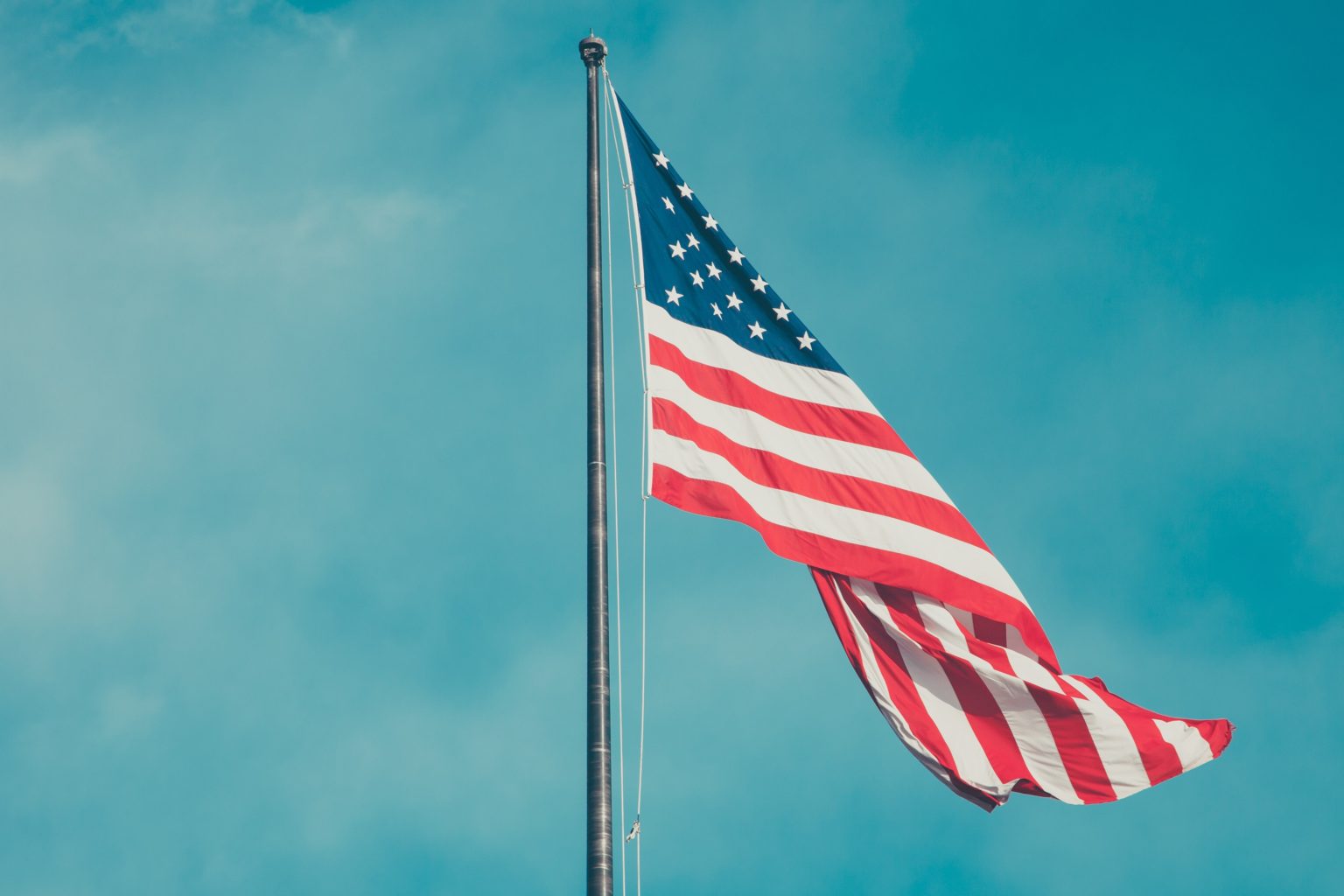 US ‘Regime Changes’: The Historical Record

As the US strives to overthrow the democratic and independent Venezuelan government, the historical record regarding the short, middle and long-term consequences are mixed.

We will proceed to examine the consequences and impact of US intervention in Venezuela over the past half century.

We will then turn to examine the success and failure of US ‘regime changes’ throughout Latin America and the Caribbean.

During the post WWII decade, the US, working through the CIA and the Pentagon, brought to power authoritarian client regimes in Venezuela, Cuba, Peru, Chile, Guatemala, Brazil and several other countries.

In the case of Venezuela, the US backed a near decade long military dictatorship (Perez Jimenez ) roughly between 1951-58. The dictatorship was overthrown in 1958 and replaced by a left-center coalition during a brief interim period. Subsequently, the US reshuffled its policy, and embraced and promoted center-right regimes led by social and christian democrats which alternated rule for nearly forty years.

In the 1990’s US client regimes riddled with corruption and facing a deepening socio-economic crises were voted out of power and replaced by the independent, anti-imperialist government led by President Chavez.

The free and democratic election of President Chavez withstood and defeated several US led ‘regime changes’ over the following two decades.

Following the election of President Maduro, under US direction,Washington mounted the political machinery for a new regime change. Washington launched, in full throttle, a coup by the winter of 2019.

The record of US intervention in Venezuela is mixed: a middle term military coup lasted less than a decade; US directed electoral regimes were in power for forty years; its replacement by an elected anti-imperialist populist government has been in power for nearly 20 years. A virulent US directed coup is underfoot today.

The Venezuela experience with ‘regime change’ speaks to US capacity to consummate long-term control if it can reshuffle its power base from a military dictatorship into an electoral regime, financed through the pillage of oil, backed by a reliable military and ‘legitimated’ by alternating client political parties which accept submission to Washington.

US client regimes are ruled by oligarchic elites, with little entrepreneurial capacity, living off of state rents (oil revenues).

Tied closely to the US, the ruling elites are unable to secure popular loyalty. Client regimes depend on the military strength of the Pentagon — but that is also their weakness.

Puppet-building is an essential strategic goal of the US imperial state.

The results vary over time depending on the capacity of independent governments to succeed in nation-building.

US long-term puppet-building has been most successful in small nations with vulnerable economies.

The US directed coup in Guatemala has lasted over sixty-years – from 1954 -2019. Major popular indigenous insurgencies have been repressed via US military advisers and aid.

Similar successful US puppet-building has occurred in Panama, Grenada, Dominican Republic and Haiti. Being small and poor and having weak military forces, the US is willing to directly invade and occupy the countries quickly and at small cost in military lives and economic costs.

In the above countries Washington succeeded in imposing and maintaining puppet regimes for prolonged periods of time.

The US has directed military coups over the past half century with contradictory results.

In the case of Honduras, the Pentagon was able to overturn a progressive liberal democratic government of very short duration. The Honduran army was under US direction, and elected President Manual Zelaya depended on an unarmed electoral popular majority.Following the successful coup the Honduran puppet-regime remained under US rule for the next decade and likely beyond.

Chile has been under US tutelage for the better part of the 20th century with a brief respite during a Popular Front government between 1937-41 and a democratc socialist government between 1970-73. The US military directed coup in 1973 imposed the Pinochet dictatorship which lasted for seventeen years. It was followed by an electoral regime which continued the Pinochet-US neo-liberal agenda, including the reversal of all the popular national and social reforms. In a word, Chile remained within the US political orbit for the better part of a half-century.

It is not surprising that in recent times Chile followed US commands calling for the overthrow of Venezuela’s President Maduro.

Several US coups were reversed, for the longer or shorter duration.

The classical case of a successful defeat of a client regime is Cuba which overthrew a ten-year old US client, the Batista dictatorship, and proceeded to successfully resist a CIA directed invasion and economic blockade for the better part of a half century (up to the present day).

Cuba’s defeat of puppet restorationist policy was a result of the Castro leadership’s decision to arm the people, expropriate and take control of hostile US and multinational corporations and establish strategic overseas allies – USSR , China and more recently Venezuela.

In contrast, a US military backed military coup in Brazil (1964) endured for over two decades, before electoral politics were partially restored under elite leadership.

Twenty years of failed neo-liberal economic policies led to the election of the social reformist Workers Party (WP) which proceeded to implement extensive anti-poverty programs within the context of neo-liberal policies.

After a decade and a half of social reforms and a relatively independent foreign policy, the WP succumbed to a downturn of the commodity dependent economy and a hostile state (namely judiciary and military) and was replaced by a pair of far-right US client regimes which functioned under Wall Street and Pentagon direction.

The US frequently intervened in Bolivia, backing military coups and client regimes against short-term national populist regimes (1954, 1970 and 2001).

In 2005 a popular uprising led to free elections and the election of Evo Morales, the leader of the coca farmers movements. Between 2005 – 2019 (the present period) President Morales led a moderate left-of-center anti imperialist government.

Unsuccessful efforts by the US to overthrow the Morales government were a result of several factors: Morales organized and mobilized a coalition of peasants and workers (especially miners and coca farmers). He secured the loyalty of the military, expelled US Trojan Horse “aid agencies’ and extended control over oil and gas and promoted ties with agro business.

The combination of an independent foreign policy, a mixed economy , high growth and moderate reforms neutralized US puppet-building.

Not so the case in Argentina. Following a bloody coup (1976) in which the US backed military murdered 30,000 citizens, the military was defeated by the British army in the Malvinas war and withdrew after seven years in power.

The post military puppet regime ruled and plundered for a decade before collapsing in 2001. They were overthrown by a popular insurrection. However, the radical left lacking cohesion was replaced by center-left (Kirchner-Fernandez) regimes which ruled for the better part of a decade (2003 – 15).

The progressive social welfare – neo-liberal regimes entered in crises and were ousted by a US backed puppet regime (Macri) in 2015 which proceeded to reverse reforms, privatize the economy and subordinate the state to US bankers and speculators.

After two years in power, the puppet regime faltered, the economy spiraled downward and another cycle of repression and mass protest emerged. The US puppet regime’s rule is tenuous, the populace fills the streets, while the Pentagon sharpens its knives and prepares puppets to replace their current client regime.

The US has not succeeded in consolidating regime changes among the large countries with mass organizations and military supporters.

Washington has succeeded in overthrowing popular – national regimes in Brazil, and Argentina. However, over time puppet regimes have been reversed.

While the US resorts to largely a single ‘track’ (military coups and invasions) in overwhelming smaller and more vulnerable popular governments, it relies on ‘multiple tracks’ strategy with regard to large and more formidable countries.

In the former cases, usually a call to the military or the dispatch of the marines is enough to snuff an electoral democracy.

In the latter case, the US relies on a multi-proxy strategy which includes a mass media blitz, labeling democrats as dictatorships, extremists, corrupt, security threats, etc.

As the tension mounts, regional client and European states are organized to back the local puppets.

Phony “Presidents” are crowned by the US President whose index finger counters the vote of millions of voters. Street demonstrations and violence paid and organized by the CIA destabilize the economy; business elites boycott and paralyze production and distribution… Millions are spent in bribing judges and military officials.

If the regime change can be accomplished by local military satraps, the US refrains from direct military intervention.

Regime changes among larger and wealthier countries have between one or two decades duration. However, the switch to an electoral puppet regime may consolidate imperial power over a longer period – as was the case of Chile.

Where there is powerful popular support for a democratic regime, the US will provide the ideological and military support for a large-scale massacre, as was the case in Argentina.

The coming showdown in Venezuela will be a case of a bloody regime change as the US will have to murder hundreds of thousands to destroy the millions who have life-long and deep commitments to their social gains , their loyalty to the nation and their dignity.

In contrast the bourgeoisie, and their followers among political traitors, will seek revenge and resort to the vilest forms of violence in order to strip the poor of their social advances and their memories of freedom and dignity.

It is no wonder that the Venezuela masses are girding for a prolonged and decisive struggle: everything can be won or lost in this final confrontation with the Empire and its puppets.