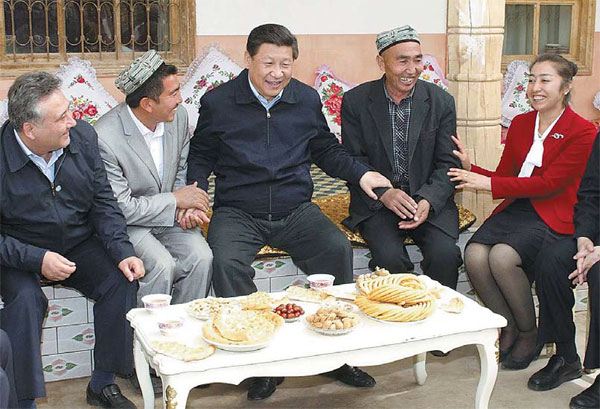 The Uyghur people are an ethnic group of Muslims in western China and they speak the ancient Turkic language, which is the root of the modern Turkish language. Their province is Xinjiang, and their capital city is Urumqi. China is a huge country, and to keep peace and harmony all ethnicities work together, and while respecting each other’s rights, they live as one people, like America. Recently, both US President Trump and the US House have made dramatic accusations against the Chinese government on sensitive domestic policies involving counter-terrorism measures and domestic safety issues.

The US House Uyghur Bill

The US House of Representatives passed Bill S.178, the Uyghur Human Rights Policy Act of 2019. The bill, which terms the detention centers “political re-education camps,” recommends targeted sanctions on members of the Chinese government and the Communist Party, as well as bans on the sale of US-made goods to “any state agency in Xinjiang.”

China’s response to the US Bill

Hua Chunying, a spokesperson for China’s Foreign Ministry, said, “We state our position clearly to the US that as Xinjiang is part of China.” She further stated, “This bill deliberately smears the human rights condition in Xinjiang, slanders China’s efforts in de-radicalization and counter-terrorism and viciously attacks the Chinese government’s Xinjiang policy. The issue that Xinjiang faces is not about ethnicity, religion or human rights. Rather, it is about fighting violence, terrorism, and separatism.” Hua Chunying listed out numerous international organizations in 2019 who have commended China’s efforts in providing care to Muslim citizens, including the Council of Foreign Ministers of the Organization of Islamic Cooperation.

Are all Uyghurs terrorists?

There is a small number of separatists seeking an independent Xinjiang, and are supported by outside influences, while the majority of the Uyghurs are peaceful Chinese citizens.  Uyghurs run the risk of having their identity high-jacked by Radical Islam, which is a political ideology, and not a religion or a sect.  The population is under-educated and lacking employment opportunities.  The Chinese government is pursuing a policy of de-radicalization, vocational training, and language skills which could allow Uyghurs to advance in industry and society.

However, there have been complaints about the methods used by the Chinese government.  American journalist, Rob Schmitz, visited the vocational training camps, and he reported, “They said they were more like political indoctrination camps where inmates were forced to repeat communist slogans and had to attend classes that taught them their religious traditions were backward and harmful.”

Who benefits from turmoil in Western China?

Hua Chunying, said, “Under the pretext of Xinjiang-related issues, the US attempts to sow discord among various ethnic groups in China, undermine prosperity and stability in Xinjiang, and contain China’s growth.”

In 1995, Erdogan, then-Mayor of Istanbul, gave a speech in which he stated, “Eastern Turkestan is not only the home of the Turkic peoples, but it is also the cradle of Turkic history, civilization, and culture. The martyrs of Eastern Turkestan are our martyrs.” He referred to the Uyghurs.

Pres. Erdogan formed his mercenary army of Chinese citizens: the Uyghurs.   He gave them Turkish passports, which they used to pass legally through Central Asia to arrive in Turkey.  The immigration officials at the airport in Istanbul recognized these special passports, and didn’t confiscate them, but allowed the Chinese to pass through legally and enter Turkey.  Pres. Erdogan had arranged for them to be transported from the airport into Idlib.

The Turkistan Islamic Party (TIP) is an armed Uyghur Salafist jihadist group in Idlib, while the organization’s core leadership is based in Afghanistan and Pakistan, with a presence in its home territory of China. Their goal is to establish an Islamic State in Xinjiang, and eventually all of Central Asia.  Osama Bin Laden pledged his support for the group during a 1999 meeting in Afghanistan.  Its members have trained with Al-Qaeda and the Taliban in both Afghanistan and Pakistan. The US Department of State labeled ETIM as a foreign terrorist organization. On July 28, 2016, TIP became an official faction of Jabhat al Nusra, which is an al-Qaeda group in Syria.

Erdogan’s plan depended on altering Syrian demographics; by repopulating Idlib province with jihadist Chinese Uyghurs, who attacked Syrian homeowners and farmers, causing them to flee and thus abandoning their properties to the foreigners.  The Turkish President has a vision of a new Turcic colony annexed to Turkey.

Zanbaqi is a village located near Jisr al-Shughur. The residents numbered just 752 in 2004; however, today there are about 3,500 Uyghur TIP militants and their families living there, with their military camps training hundreds of children from these families. TIP trains Uyghur children to be “little jihadists.”  The children are to go back to China and transform China into an Islamic State.

On June 10, 2015, the Qalb Loze massacre was carried out as the Uyghurs slaughtered civilians. Churches and the Christian communities of Idlib were targeted by the Uyghurs, as they destroyed churches and kidnapped and beheaded Priests.

Terrorist acts in China by the Uyghurs

The history of terrorist acts in China by the Uyghurs goes back decades, but in recent years there were: 2008, bus explosion in Beijing; 2009, 200 died in riots in Ürümqi; 2013, 5 died when a car crashed into a group of pedestrians in Beijing; 2014, 29 people stabbed to death and 130 injured, when 10 terrorists attacked people in the train station at Kunming; 2014, Juma Tahir, an Uyghur cleric who had been the voice for peace, was stabbed to death by 3 terrorists.

Who is behind the Uyghurs in the US and the international stage?

The World Uyghur Congress is funded in part by the National Endowment for Democracy of the United States. The Congress was formed in mid-April 2004 at a meeting in Munich, Germany, and works in tandem with the Uyghur American Association based in Washington, D.C. These groups want the western portion of China, which they call East Turkestan, to have independence from China, and their separatist goals and maneuvers are supported by the US and its allies, with additional funding coming from people in the Middle East.  Former President of the Congress, Rebiya Kadeer, was arrested in 1999 for sending confidential Chinese government reports to her husband, who worked in the United States as a pro-Xinjiang independence broadcaster, where she now lives.

US President Trump signed into law the Hong Kong Human Rights and Democracy Act on November 27.  Beijing has strongly condemned the US law and accused Washington of supporting and perpetuating violence in the Asian financial hub. The law supports Hong Kong’s five-month-old pro-democracy movement and allows the U.S. to impose sanctions on those responsible for human rights violations in Hong Kong. China, in response, suspended US military visits to Hong Kong and has imposed sanctions on NGOs that supported, or aided, the violent protests, including the National Endowment for Democracy; the National Democratic Institute for International Affairs; the International Republican Institute, Human Rights Watch and Freedom House. China has asked the US to stop meddling in China’s domestic affairs.

Billions of dollars of tariffs on American and Chinese goods have been imposed by both countries in their yearlong trade war, which was expected to negotiate ‘phase-one’ in December, but in London, Tuesday, US President Donald Trump said it may be delayed until after the 2020 US Presidential election in November.  Hua Chunying replied when asked about what effect recent US proclamations on the Uyghurs, and Hong Kong protests would have on the US-China trade war, “Do you think if America takes actions to hurt China’s interests we won’t take any action?” 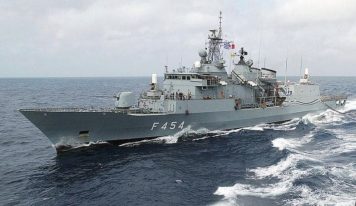 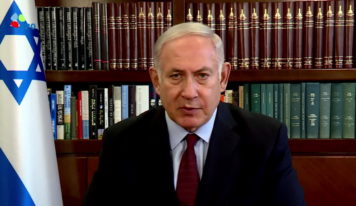