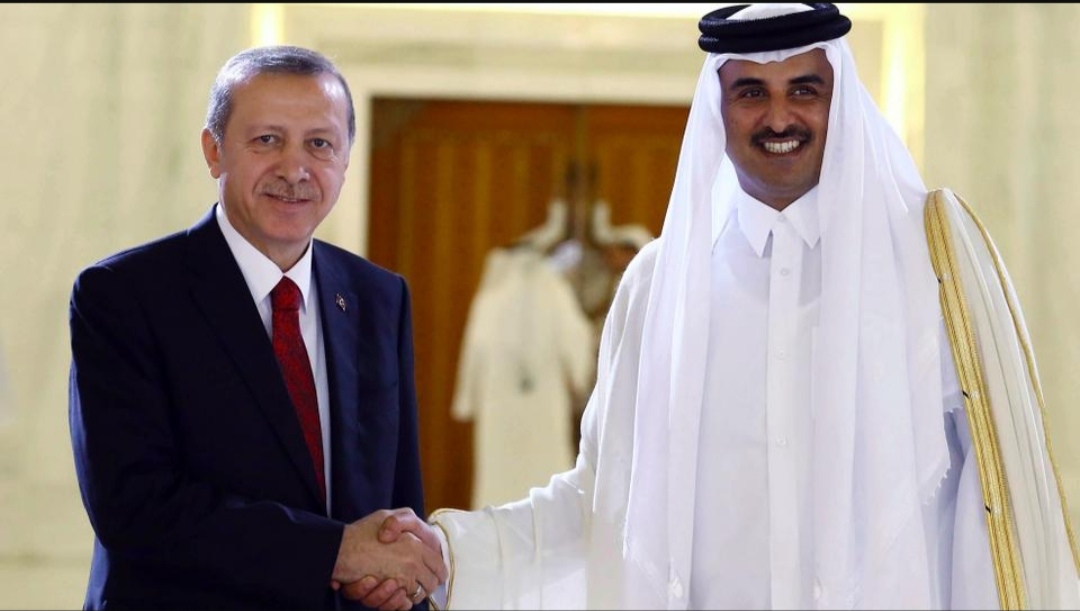 The US government has long faced a dilemma in dealing with Turkey and Qatar, who pose as partners on the global stage. The US has maintained relations with both while being increasingly concerned with their malign behavior.

Both support the Muslim Brotherhood, finance terrorists, promote extremist ideologies such as Radical Islam, and openly host and partner with Hamas and al-Qaeda. Turkey and Qatar are ‘brothers in arms’ and share an affinity for Radical Islam that shapes their regional engagement.

The Incirlik airbase in southern Turkey is the home of the US Air Force 39th Air Base Wing and houses US nuclear weapons. Turkey has been a member of NATO for over 60 years but has not always seen eye-to-eye on US military operations, such as the US partnership with the YPG, a Syrian Kurdish militia in northeastern Syria.  The Al-Udeid Air Base in Qatar is home to the US Central Command, which serves as headquarters for US military operations across the Middle East.

Two vitally important US military bases, but both hosted by countries which are at odds with the US ‘war on terror’.

The Middle East stands divided into 2 camps: the Turkish-Qatari partnership pitted against the Saudi-Emirati clan. While all are Sunni Muslim majorities, and US allies, the division between the 2 camps lies in the adherence to the doctrine of the Muslim Brotherhood.  The Saudi-Emirati clan has denounced the Muslim Brotherhood as terrorists, along with Egypt, Syria, and Russia; however, the Turkish-Qatari partners have embraced the doctrine and are promoting it. The US Congress and President Trump have periodically discussed whether the US should join those outlawing the group, but have not taken that step yet, and the Muslim Brotherhood operates offices and mosques across the US freely. The Diyanet Center of America, which is said to be the largest Islamic campus in the Western Hemisphere, was built by Turkey, dedicated by Erdogan, and is located in Maryland.

Erdogan’s AKP party has a long connection with the Muslim Brotherhood, and after his 2007 election, he began to publically identify with the Islamist group. Conversely, the Muslim Brotherhood does not operate offices in Qatar, as they are forced to promote the ideology and interests outside of Qatar’s shores.  Even though the US designated Hamas a terrorist group in 1997, still Erdogan has close ties to the group and their leadership. When the Muslim Brotherhood candidate, Mohammed Morsi, won the Presidency of Egypt in 2012 Erdogan cheered and rushed to establish trade agreements between the 2 nations.

Turkey and Qatar operate as a tag-team in the world of financing terror.  When a financer of terror is publically exposed in one country, he simply takes up residence in the other and thus remains free to operate regardless of the charges or evidence, and with the cozy relationship with the US, both countries are operating as safe-havens.

The Radicals that have been sheltered in Qatar and Turkey have openly anti-American views, support armed resistance and extremist ideology; however, they seemingly can get away with this behavior right under the nose of their American allies. The US administrations have so far refused to face the problem and pursue an approach to counter those activities or to take appropriate action in the event Turkey and Qatar do not want to change their ways.  Their present behavior is jeopardizing the long-term military alliance with the US.

In blatant disregard for US interests, Erdogan bought the Russian S-400 air defense system, and Qatar is in negotiations to follow suit.  US Treasury Secretary Steven Mnuchin has threatened Turkey with sanctions. The US can invoke the ‘Countering America’s Adversaries Through Sanctions Act’, which would allow Trump to levy sanctions on Turkey for the buying of Russian defense equipment.

Saudi Arabia, Bahrain, Egypt, and the UAE broke all ties with Qatar in June 2017, and began a land, sea and air blockade of Qatar, after charging the Emir with the support of terrorism, collaborating with Iran, and creating chaos in the Middle East.  The US has not taken steps to demand Qatar to stop financing terror.

The US Department of Defense is rumored to have studied options in the region, which would see the closing of Incirlik and Al-Udeid bases, and the relocation of the 2 facilities to countries which are not harboring, supporting, and defending terrorists and the doctrine of Radical Islam, which is a political ideology, and not a religion or sect. Safer locations such as Bulgaria and Bahrain have been studied.

The Turkish media are either outright state-owned and operated, or at the very least are state-controlled.  Al Jazeera Arabic and English are both state-owned. The content of these media promote sectarian hate-speech at times and are pro-regime with a distinct bias against Saudi Arabia. Public awareness campaigns in the US have begun to inform the public that what those media are broadcasting could be disinformation at times.

Turkey and Qatar have been sending weapons, cash and now mercenaries to Libya to prop up the Muslim Brotherhood regime of Sarraj. While the US and others are trying to promote negotiations for peace, the terrorists flooding in from Turkish ships and the weapons landing in Qatari planes are detrimental to the process.  The US is now considering designating Turkish and Qatari officials who are sending funds or arms to Libya, and this may include the Muslim Brotherhood. The US Treasury Department can sanction individuals and entities that are involved in terror and financing terror, and pressure can be brought to bear on Erdogan and the Emir to stop the practice.

Ankara and Dohar can change their image as sponsors of terror, and global investors would be more comfortable with their rehabilitated image. The US has the tools to pressure the pair into changing their ways, but whether the political will exists to do so is in question.