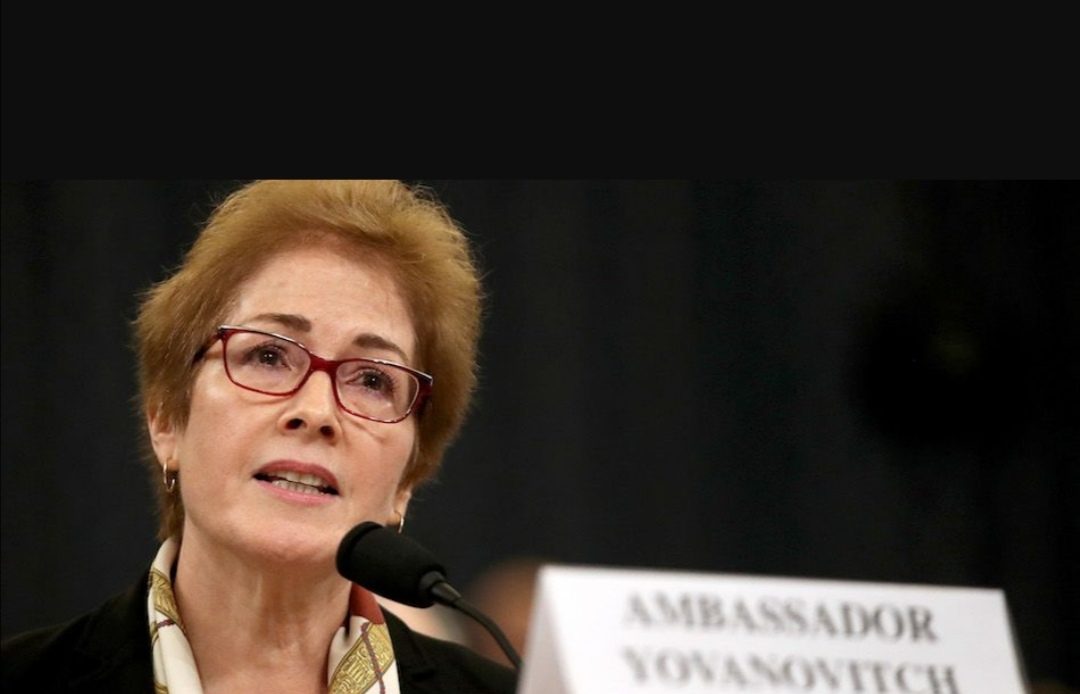 Pompeo claims to know nothing, but can we believe him?

Secretary of State Mike Pompeo stated in a Friday radio interview that he had not been previously aware that former US Ambassador Marie Yovanovitch had been under surveillance in Ukraine. “Until this story broke, the best of my recollection, I’d never heard of this at all,” said Pompeo. During the interview, Pompeo failed to defend Yovanovitch or to express concern about the alleged stalking of a US diplomat.

Lev Parnas, a US citizen of Ukrainian birth, worked closely with Giuliani in searching for political dirt on Joe Biden in Ukraine. Messages Parnas provided to the House Intelligence Committee make for sensational reading between the lines. Some texts are between Parnas and Robert F. Hyde, a Connecticut landscape contractor running for Congress, which details the stalking of Yovanovitch.  Other texts were between Parnas and Giuliani, and several include Jay Sekulow, President Trump’s personal White House lawyer.

Hyde claims the texts were innocent banter, and without substance, while Parnas claims he didn’t take it seriously. The FBI visited the Connecticut home and office of Hyde on Thursday after the messages were made public. Hyde is also involved in stalking case against him, in which he violated the restraining order against him filed last summer by a woman who works in DC, and fears for her safety.  Hyde had posted disparaging remarks about Yovanovitch on his Twitter account, and the text messages to Parnas were suspicious. The FBI may find the truth, and Hyde and Parnas might be cleared of any allegations of stalking; however, regardless of whether those 2 were involved, the US State Department and senior Ukrainian officials were aware that Yovanovitch’s personal safety was endangered, and they informed her in the past.

According to State Department records, Pompeo and Rudy Giuliani, President Trump’s personal lawyer, spoke at least twice in late March, at which time Giuliani reported to Pompeo the details of his Ukraine research into digging up dirt on former VP Joe Biden, now running for President in 2020. This was precisely the time that Pompeo was being urged to get rid of Yovanovitch, at the behest of Trump and Giuliani.  The next month Yovanovitch was recalled from Ukraine.

Carol Z. Perez is a career diplomat and was appointed by Trump to be Director-General of the Foreign Service and Director of Human Resources (HR) at the Department of State on January 30, 2019. Her job description used to be referred to in business circles as the ‘personnel department manager’.  Employees would have likely thought of that position as the ‘hire-fire’ person, who would be tasked with filling work schedules, vacations, work-related complaints, and more.  Getting a phone call from the head of HR usually means your shift is changing or you’re getting laid off, or perhaps even fired. Perez manages a workforce of 25,000 domestic and overseas American employees and nearly 14,000 Foreign Service employees.

Yovanovich was asleep in her home in Kyiv on April 25 when the phone rang about 1 am.  It was Perez, and her instructions were simple: get to the airport, get to Washington, DC. as soon as possible. Yovanovitch asked the reason why, and Perez said, “I don’t know, but this is about your security. You need to come home immediately. You need to come home on the next plane.”

On the flight home, Yovanovitch was probably thinking back to all the advice she had received from various Ukrainian officials that had warned her that Giuliani and other allies of Trump were planning to “do things, including to me” and were “looking to hurt” her.  In her sworn testimony to Congress, she recalled that a senior Ukrainian official told her that “I really needed to watch my back.”  Yovanovitch she said was told by Ukrainian officials in November or December 2019 that Giuliani was in touch with Ukraine’s former top prosecutor, Yuri Lutsenko, “and that they had plans, and that they were going to, you know, do things, including to me.” She said she was told Lutsenko “was looking to hurt me in the U.S.”

Yovanovitch realized that Giuliani, Parnas and Igor Fruman were the trio who were trying to get her removed from the Embassy. The trio, working on behalf of Trump, was promoting personal business in Ukraine and saw her as an obstacle to their plans. They needed an ambassador who would ‘play ball’, but she was not willing to play along.

Once back in DC., she met with Deputy Secretary of State John Sullivan, who told Yovanovitch that she had done nothing wrong as ambassador, but that Trump had lost confidence in her, and she was removed from her position in May.

After reading the transcript of the July phone called between Trump and Ukrainian President Zelensky, Yovanovitch was shocked to see that Trump had disparaged her in the call, with remarks such as “bad news” and that she was “going to go through some things”, which caused her to feel threatened by the President.

Michael McKinley, a 37-year veteran career diplomat, testified that he decided to resign from his post as a senior adviser to Pompeo after his repeated efforts to get the State Department to issue a statement of support for Yovanovitch after the transcript of the Trump-Zelenskiy phone call was released. “To see the impugning of somebody I know to be a serious, committed colleague in the manner that it was done raised alarm bells for me,” he said.

The US government does not run by itself. There is a chain of command, much like the military, or any organization.  Carol Perez works for Mike Pompeo, and he works for President Donald Trump. Perez would never have called Yovanovitch without an order to do so.  Perez, a professional of the highest order, would have received instructions from her boss, Mike Pompeo. The threat to Yovanovitch was real, and it was personal, as evidenced by the late-night call.

Yovanovitch and the FBI should call Perez and ask her to name the person who instructed her to call.  Undoubtedly, that person is a senior official at the State Department, and that may prove Pompeo lied when he said he knew nothing.  Recalling a US Ambassador from abroad, in the middle of the night, is not done lightly, and could never be executed by anything other than an order by the Secretary of State.