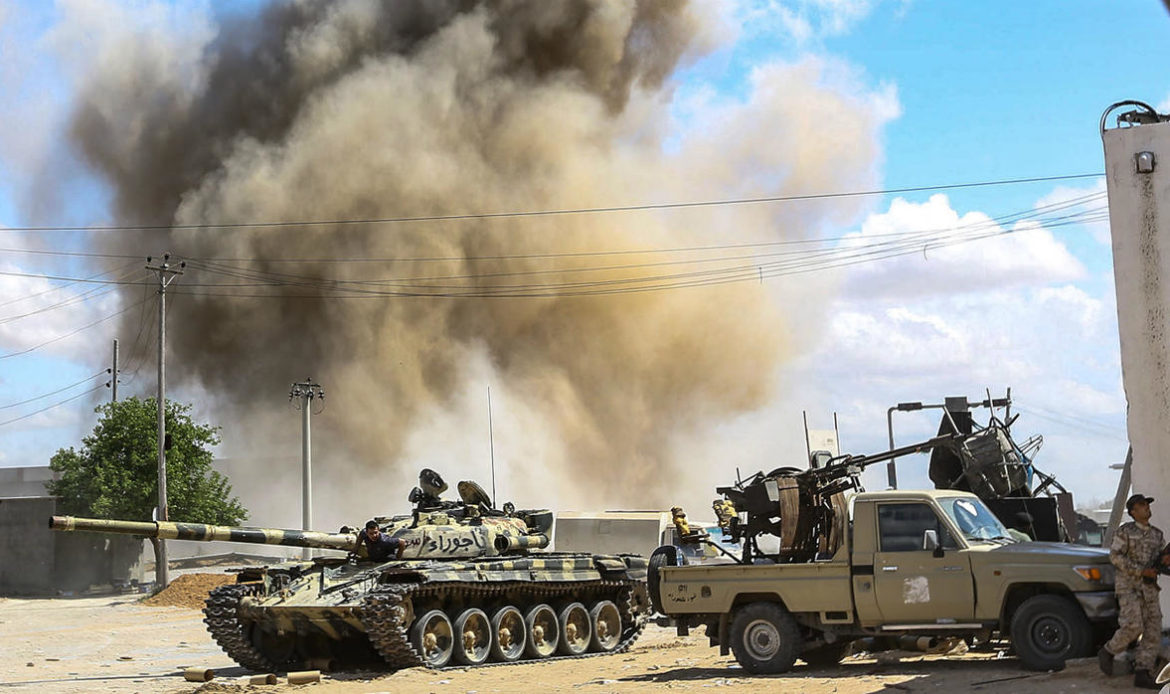 Sixteen members of the Turkish armed forces and more than 100 Syrian mercenaries have died fighting in the Libyan capital of Tripoli, the Sky News Arabia TV channel reported on Sunday, citing sources in the Libyan National Army (LNA).

According to the channel’s Twitter, 16 Turkish soldiers and over 100 Syrian mercenaries have died in Tripoli clashes.

Earlier in the week, the LNA commander, Khalifa Haftar, said that the rival Government of National Accord (GNA) had used the current ceasefire to deploy Syrian mercenaries to Libya. Meanwhile, the Turkish forces arrived in Libya earlier this year under an agreement between the GNA and Ankara.

In January, the international conference on Libya took place in the German capital, counting Russia, the United States, the European Union, Turkey and Egypt among its participants. The sides agreed on a ceasefire and the non-involvement of third parties in the conflict.

After the ouster and assassination of Libyan leader Muammar Gaddafi in 2011, the country was plunged into a brutal civil war. Today, Libya is divided between two centres of power the LNA and the GNA. On 12 December, Haftar announced the beginning of a decisive battle in his campaign to capture Tripoli, which has been underway since last April and has resulted in vicious fighting in the city’s outskirts.