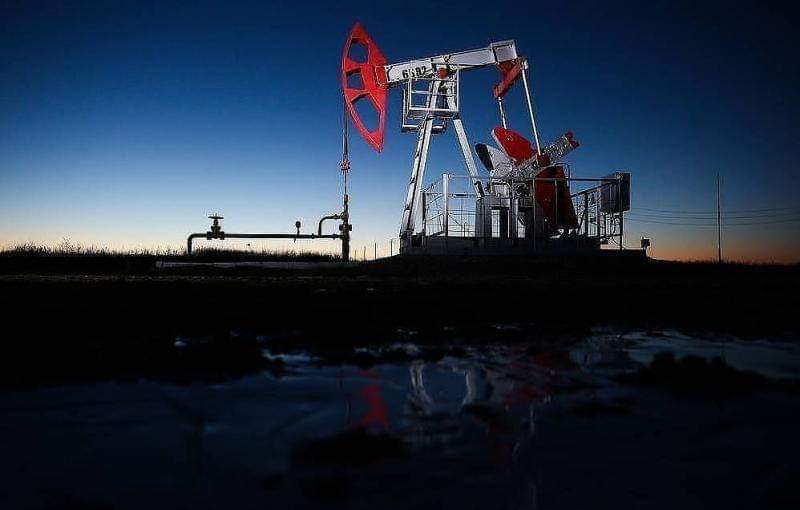 On March 23rd, Politico published a piece looking into the crashing prices of oil, and specifically the US West Texas Intermediate benchmark.

In it, it described the way US President Donald Trump initially praised oil and natural gas as “our gold.”

“That’s our gold,” Trump declared. “That’s gold underneath our feet.”

He did so during the ceremony when Shell Oil was beginning to build new natural gas processing facility, and celebrated the nation’s shale boom.

The collapse of energy prices, due to the Saudi-initiated price war with Russia, has led to the cancelling of that project.

The crash is also estimated to knock out about half of all shale producers, according to analysts at Raymond James Inc., if prices remain at between $20 and $30 per barrel.

There is no sugar coating it, U.S. oilfield activity will collapse with oil prices well below $30,” on the WTI benchmark, said analyst Praveen Narra of Raymond James in a market update published on March 23. “The pace of rig count declines is likely to occur at a pace we have not seen before.”

In addition, Trump either fails to recognize or doesn’t want to address it.

Good for the consumer, gasoline prices coming down!127K4:36 PM – Mar 9, 2020Twitter Ads info and privacy43.5K people are talking about this

Notably, Politico suggested that Riyadh was carrying out its oil price war against Russia, and even ramping up pressure with a direct approval from the US, at least based on the testimonies of two unnamed sources.

Two people with knowledge of the call told POLITICO that Trump told the Saudi leader that he was fine with the kingdom’s plans to produce more oil to try to squeeze Russia out of certain markets. He only asked that the coming flood of oil wouldn’t drive prices down far enough to hurt U.S. producers.

“Keep [prices] low, but keep it viable” for U.S. drillers to remain in business, was Trump’s message, according to a former senior administration official who was briefed on the call. “It wasn’t a difficult conversation. It was just, ‘Hey, want to make sure we’re on the same page here.’ Saudi said, ‘We gotcha.’”

Thus, it would appear that even MSM is admitting that, maybe, it wasn’t Russia initiating the campaign to “ruin” the US economy, but it was rather Saudi Arabia carrying out this undertaking to flood the oil market, as it has done similarly in the past.

According to Ryan Sitton, the state oil regulator in Texas, tens of thousands of Texans are being laid off at the Perm oil shale fields in West Texas as companies stop drilling. Abbreviation messages began to appear. Last week, Canary LLC service and drilling company cut 43 workers.

And the oil pipe manufacturer Tenaris SA is sacking 223 people from the Houston plant. But the biggest “blowout” so far came from Halliburton Co., the world’s largest provider of fracking services, who laid off 3,500 workers at its headquarters in Houston.

The cuts follow a sharp drop in prices for West Texas Intermediate, the benchmark oil brand in the United States. Futures in New York fell more than 60% this year, and they had the worst week since 1991.

While workers in almost every industry are at risk of slowing economic growth, few are at greater risk than those in the oil sector.

According to a report from the Brookings Institution, the Midlands-Odessa region of West Texas, dominated by Occidental Petroleum Corp. and Parsley Energy Inc., may be completely busted.

According to Sitton, more than 40% of the workforce in Midland is engaged in industries with a high degree of risk, mainly oil and gas, which is the highest rate among all regions of the United States.

According to Moody’s Corp., the next four years will be crucial for the oilfield services sector, as North American service companies owed $32 billion in debt by 2024.

The lack of pricing reserves for service companies begins to appear at a time when their customers are looking for discounts.

“I urge you, as a respected supplier, to review your prices in accordance with this mission and inform us of your adjustments at your earliest convenience,” wrote Parsley Energy Chief Operating Officer David Dell’Osso in a letter with which he managed Check out Bloomberg News. “In 2020, we focus on a mission to develop our assets in a safe, efficient and environmentally responsible way while reducing costs by at least 25%.”

This week, Vicki Hollub warned, without revealing details, of her employees at Occidental Petroleum about the “aggressive steps” that the geological company will take.

“In the coming days we plan to provide you with more detailed information,” Hollub wrote in an email sent to employees on Tuesday. “Some of the measures we take will be temporary during this crisis, while others may be permanent.”

In short: the lobbyists are suffering, at least the energy sector ones. This cannot stand, and MSM needs to counter these adverse movements and return to the status quo and the good profit margins, even at the expense at people’s “grandparents.”

Meanwhile, the oil industry is expected to keep filling oil storage with crude in the weeks and months ahead as the pandemic’s economic contagion spreads through the rest of the world, cutting demand for natural resources including oil.

The global oil price fell to lows of $25 a barrel, from more than $65 at the start of the year, and remains below $30 a barrel. Credit ratings agency S&P has warned the industry that the oil price may fall to $10 a barrel this year.

The hunt for affordable oil storage will be made more difficult after Saudi Arabia’s “vessel booking spree”, which has pushed freight rates “through the roof” in the past three weeks, the analysts said.