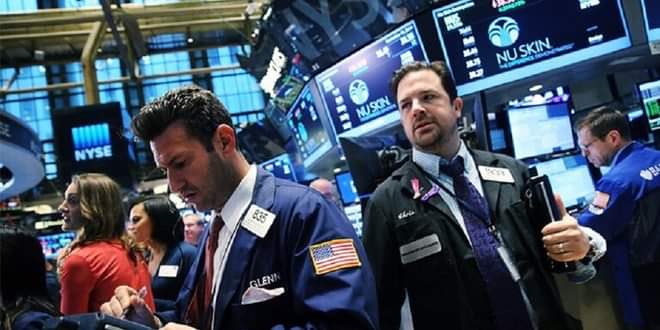 A lightning-quick rally in US equities is showing cracks, as investors face mounting evidence that the economy’s coronavirus-fueled woes may be far longer-lasting than many had anticipated.

For weeks, hopes that massive stimulus from the Federal Reserve and U.S. government would set the stage for a recovery later in the year fueled a blistering rebound in stocks even as the worst drop-off in jobs since the Great Depression slammed the economy.

But recent comments from top officials have undercut the case for a speedy economic recovery even as states ease lockdown restrictions, forcing investors to factor in a protracted downturn that would likely weigh on stocks while fueling flows to bonds and other safe-haven assets.

After surging over 30% in just over a month, the S&P 500 .SPX benchmark stock index has edged down about 4% since late April. Equity-focused funds have seen three straight weeks of outflows totaling around $30 billion, analysts at Deutsche Bank said in a report. In contrast, bond funds have notched inflows for four consecutive weeks, drawing nearly $47 billion, the bank said.

“There’s still a lot of uncertainty out there,” said Nela Richardson, investment strategist with Edward Jones. “There’s corporate earnings uncertainty, there’s economic uncertainty, and then there’s just the behavioral adjustment of consumers … facing down a health risk and trying to restart their lives.”

Federal Reserve Chairman Jerome Powell warned on Wednesday of an “extended period” of weak economic growth, citing concerns over how well future outbreaks of the virus can be controlled and how quickly a vaccine or therapy can be developed.

Those comments came a day after the nation’s top infectious disease expert, Dr. Anthony Fauci, told Congress that US states lifting sweeping lockdowns could touch off new outbreaks of COVID-19, the respiratory disease caused by the coronavirus, which has killed over 80,000 Americans.

“Skepticism abounds regarding the likelihood the rally will continue,” analysts at Goldman Sachs said in a recent note to clients. “A single catalyst may not spark a pullback, but concerns exist that we believe … investors are dismissing.”

Concerns include $103 billion in expected bank loan losses over the next four quarters, a lack of stock buybacks and domestic and global political uncertainty, the bank said.

Several big-name investors have warned in recent days about the rally in equities becoming overextended. David Tepper of hedge fund Appaloosa Management told CNBC on Wednesday that the current market was the second most overvalued he has ever seen.

Famed hedge fund manager Stanley Druckenmiller told the Economic Club of New York here on Tuesday that the risk-reward here in today’s market was “maybe as bad as I’ve seen it in my career.”

The concentration of the market’s gains in a small group of technology and internet stocks, obscuring the underperformance of other areas, is also sending a cautionary note.

The average stock in the S&P 500 is down 8.7% since April 29, more than double the index’s losses since that date, according to an analysis by Bespoke Investment Group.

An extended resurgence of stock market volatility could accelerate flows into fixed-income assets, which have recently drawn investors seeking to benefit from the Fed’s expanded bond-buying program.

“The stock market is indicating that we are going to continue to move toward recovery whereas the bond market is just kind of sitting there,” said Walter Todd, chief investment officer at Greenwood Capital.

The yield on the benchmark 10-year Treasury note has stayed in a tight range in recent weeks after falling sharply in late March. Bond yields move inversely to prices.

The rally in stocks may have left equities more vulnerable to bad news, including problems that US states may encounter as they move to reopen their economies in coming weeks, said Sameer Samana, senior global market strategist at Wells Fargo Investment Institute.

“There is probably more downside in equity prices than there is in bond yields,” Samana said. “The bond market is already fairly cautious in its positioning in terms of the view of the world that it has.”