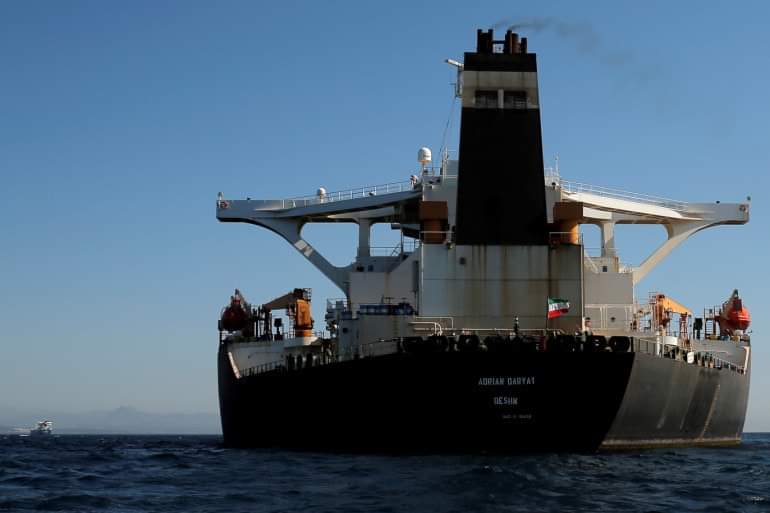 On Thursday, Kremlin spokesman Dmitry Peskov reiterated that Russia’s attitude toward US sanctions against the Nord Stream 2 gas pipeline project remains unchanged, and that Moscow considers any restrictions to be a manifestation of unfair competition and a violation of international law.

The Akademik Cherskiy pipelaying ship left the Nord Stream 2 logistics facility in the German port of Mukran on Thursday morning, data from the Marine Traffic and Myshiptracking portals has confirmed.

Two hours after departing, the vessel inexplicably dropped anchor about 6.5 km southeast of the port.

It’s not immediately clear what motivated the ship to change locations. Mukran is known to contain the pipes used for Nord Stream 2’s construction. The ship arrived at the port on May 8 after spending several days in the port of Baltiysk, Russia. There, the ship reportedly replenished its supplies and took additional crew members onboard.

The Akademik Cherskiy pipelayer became Marine Traffic’s most searched for vessel this month as it made its long journey from the Pacific, past the Cape of Good Hope, through the English Channel and Danish Straits and into the Baltic Sea in a journey which lasted nearly three months.

The ship first gained international media attention in December after it was revealed to be one of the vessels that could complete Nord Stream 2 after Swiss-based contractor AllSeas dropped out amid threats of US sanctions. In the months that followed, the ship changed direction and its final destination several times, zig-zagging its way into the Baltic.

It’s unclear what the Akademik Cherskiy’s next move will be.  Just 160 km of the 2,400 km-long, 9.5 billion euro pipeline is left to build. When completed, Nord Stream 2 will be able to ship up to 55 billion cubic meters of gas per year from Russia to Germany, doubling the capacity of the existing Nord Stream network, and turning Germany into a major regional gas hub.

On Thursday, Kremlin spokesman Dmitry Peskov said Russia considers sanctions toward Nord Stream 2 as something “extremely negative.” According to the spokesman, the sanctions constitute a US attempt at unfair competition. Peskov’s comments came in the wake of remarks by outgoing US ambassador to Germany Richard Grenell on Tuesday warning that Congress could pass more sanctions against the project with ease.

The US slapped sanctions on Nord Stream 2 in December, after years of lobbying to stop the energy project from moving forward and promoting its own, more expensive liquefied natural gas supplies to the European market instead. In February, German media reported that Washington was considering additional restrictions targeting either European energy companies involved in the project, or the transited gas’s possible buyers.

Russia has vowed to complete the project come what may, expecting to finish the pipeline by the first quarter of 2021 at the very latest.