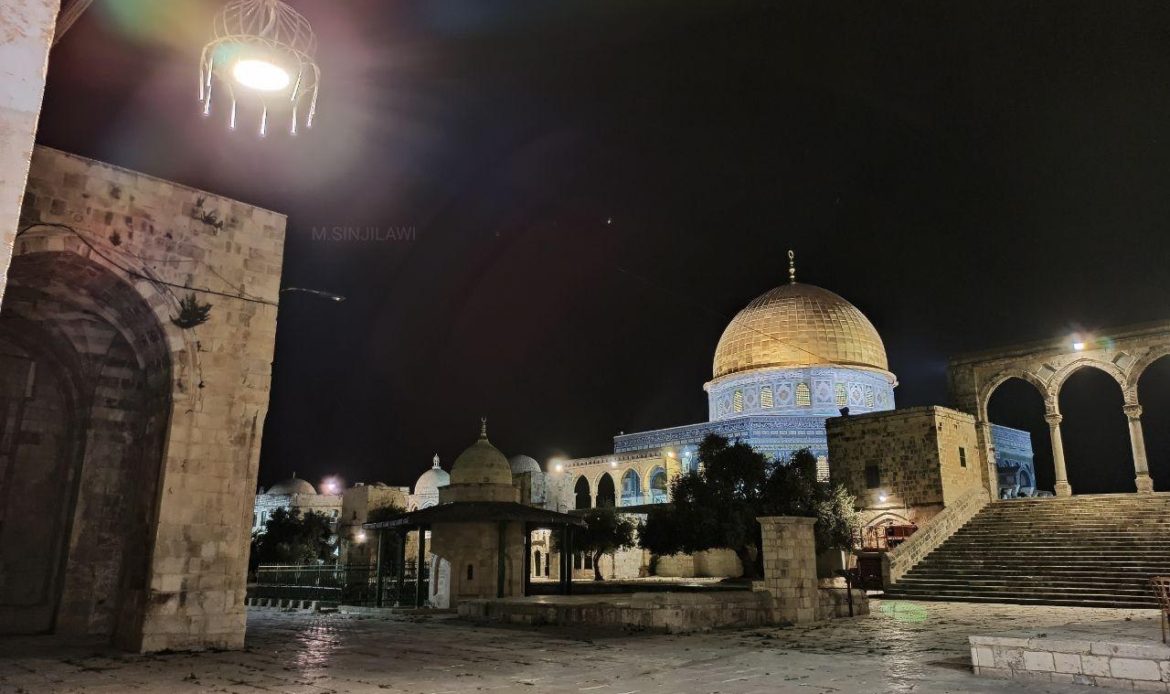 Although Sheikh Abu Khalil Al Tamimi, an influential religious figure from the West Bank, strives for a two-state solution, he says he realises it is impractical, and therefore calls on the Israeli authorities to establish one state, where Palestinians and Israelis would share equal rights and responsibilities.

Israel’s civil administration is gearing up for the possibility of conducting a population census for Palestinians living in Area C of the West Bank to determine their exact number and avoid a situation where the extension of the Jewish state’s sovereignty, planned for early July, would attract an influx of new residents, who would move to the region in an attempt to receive Israeli citizenship and all the social benefits it might entail.

The Jewish state’s concerns are grounded in the fact that over the years the number of Palestinians who have applied for Israeli citizenship has gone up. In the early 2000s, Israeli authorities were receiving up to a thousand applications per year. By 2019, however, this number had more than doubled, reaching the all-time high of 2,561 requests.

One-State Solution as the Only Way Forward?

For Sheikh Abu Khalil Al Tamimi, a peace activist and a spiritual leader of the Islamic fundamentalist Salafist sect in the Palestinian territories, the Palestinians’ desire to obtain Israeli citizenship makes perfect sense.

Israeli documents will not only grant Palestinians such state benefits as healthcare and social security but will also let them move freely without the need for special permits they are required to produce right now.

“Palestinians still think that it is their land but they want to improve their living conditions, even if that means becoming Israeli citizens. Naturally, the majority wants a two-state solution but if that’s not an option, many would settle for one-state solution, where Palestinians would be given equal rights,” said Al Tamimi, reflecting the words of David Elhayani, the mayor of the Jordan Valley Regional Council, who also said that many Palestinians would rather live under Israel’s control.

However, a poll conducted in 2018, long before the annexation bill was put on the table, revealed that only 9 percent of Palestinians in the West Bank and 10 percent in Gaza supported a one-state solution that would grant its citizens equal rights.

Al Tamimi rejects these findings, saying he speaks in the name of “90 percent of all Palestinians”. The remaining ten percent don’t share his views, he says, preferring to take a violent approach to the resolution of the Israeli-Palestinian conflict including resorting to an armed struggle.

Although it lost its appeal in the past couple of years, the notion of an armed struggle has become increasingly popular among Palestinians following the revelation of the “deal of the century” peace plan introduced by US President Donald Trump in late January. In February, a survey found that 64 percent of Palestinians viewed armed resistance as a way to resolve the conflict, an increase from the previous 47 percent registered prior to Washington’s peace initiative.

No Side Wants Peace?

Explaining the surge in numbers, Al Tamimi says the situation was exacerbated because of politicians’ irresponsible actions. On the Palestinian side, officials have stepped up their accusations against Israel, while extremist factions like Hamas and the Islamic Jihad that are operational in Gaza have vowed to push for a third Intifada as a response to Israel’s planned annexation of what they consider Palestinian land.

On the Israeli side, conservative politicians have spoken out extensively against the implementation of the Trump initiative, fearing it would pave the way for the creation of an independent Palestinian state that would put Israel’s security at risk.

“Israel already controls every centimetre of the West Bank so talks about annexation are just a show aimed at infuriating the masses and killing any rays of hope for a peaceful solution. This approach will backfire, leading to Tel Aviv’s isolation in the region and the global arena,” warned Al Tamimi.

The first signs of what might turn into a larger movement have already been given by Jordan, whose king hinted several weeks ago that his country might cancel the historic peace treaty of 1994 if Israel pushed ahead with its annexation plans.

More recently, it was UAE’s ambassador to Washington who said that the Jewish state’s position in the Arab world might be hampered if it didn’t ditch its intention to expand its sovereignty over large swaths of land in the West Bank.

For now, these warnings haven’t been able to change Prime Minister Benjamin Netanyahu’s course, as he seems to be determined to stick to his original plan, albeit reports suggesting that he might choose to limit the areas bound to be annexed in order to appease the international community.

But Al Tamimi does not count on the Israeli government, nor does he believe that the Europeans will be able to put enough pressure on the Jewish state to make it backtrack from its annexation plans.

That’s why he prefers to hold a direct dialogue with ordinary Israelis and representatives of the Jewish communities dispersed around the world. Only recently, he visited Washington as well as a number of European states where he put forward his idea to end the decades’ long conflict, emphasising the need for economic prosperity and equality. But he aims much higher than just ending the Israeli-Palestinian conflict.

“Palestinians enjoy from a strong position in the Arab world but we also maintain good ties with Iran and we can use our connections with Tehran to mediate between the Islamic Republic, Israel and the US. I know it looks remote now but I am sure one day we will succeed,” Al Tamimi said.