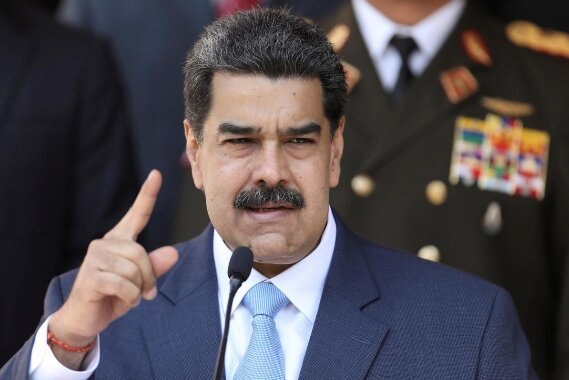 US President Donald Trump took to Twitter to reiterate his administration’s objection to what he described as the “oppressive Maduro regime”.

This comes shortly after Trump said in an interview with Axios news website that he has had second thoughts about his decision to recognise Juan Guaido as Venezuela’s legitimate leader and said he might consider having a meeting with President Nicolas Maduro.

Trump said that he was not very supportive of his administration’s decision to back Venezuelan opposition leader Juan Guaido, who tried to oust Maduro amid protests that erupted in Venezuela after the 2018 election when Maduro was re-elected for a second six-year term.

In January 2019, opposition leader Juan Guaido, who headed Venezuela’s National Assembly, proclaimed himself interim president in a bid to oust Maduro from power. The United States and several other western countries have sided with Guaido, while Russia, China, and Turkey, among other nations, have been supporting Maduro, recognizing him as the only legitimate leader of Venezuela.

Washington has repeatedly imposed economic sanctions on Venezuela in recent years. In its latest move to escalate its campaign against Maduro, the US indicted the Venezuelan president for his part in an alleged international cocaine trafficking conspiracy in which Maduro supposedly ran a drug cartel even after he became a high-ranking governmental official. The State Department also announced a $15 million reward for information leading to Maduro’s arrest.

The Venezuelan government denounced the indictment. Maduro took to Twitter to accuse the US and Colombia of plotting violence in Venezuela and pledged a response