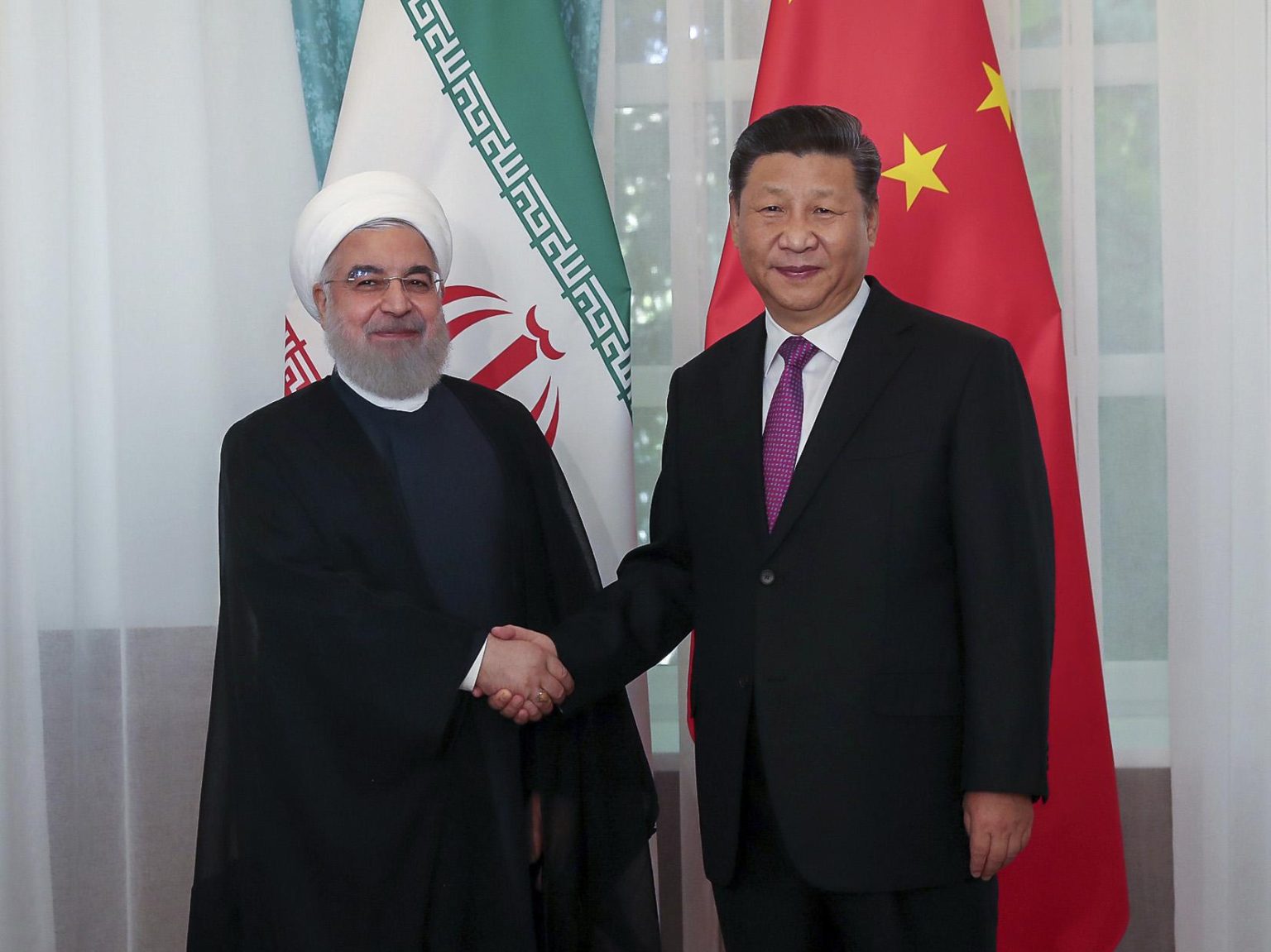 A draft of an economic and security deal between the People’s Republic of China and the Islamic Republic of Iran previously leaked by The New York Times is continuing to reverberate in the international media. Iranian political analyst Mahan Abedin has explained the fuss over the accords and shed light on Iran’s strategic shift towards the East.

The 18-page Persian-language document envisages multi-billion-dollar Chinese investments in the Iranian economy as well as considerable oil discounts for the People’s Republic. The agreement also includes security cooperation, intelligence sharing, and joint military drills. Commenting on the leak, Iran’s Foreign Minister Mohammad Javad Zarif admitted that his country had indeed been negotiating a 25-year strategic partnership with China, adding, however, that the accords have yet to be passed by the Iranian parliament. The authenticity of the document in question has not been confirmed by Tehran so far.

Why Western States are Raising the Alarm

The prospect of a long-term Sino-Iranian collaboration has prompted mixed reactions from international observers: thus, Foreign Policy claimed that the deal is “bad news for the West”, foreseeing a geopolitical reshuffle in the Middle East and Asia, with China boosting its foothold in strategically important locations. For its part, War on Rocks threw the accords into question, claiming that although “real and harmful dangers of Chinese-Iranian cooperation remain”, the leaked grand design does not seem to be a workable idea anyway.

On 2 August, US Secretary of State Mike Pompeo joined the chorus of alarmists, asserting on Fox News that China’s entry into Iran “will destabilise the Middle East” and put Israel, Saudi Arabia, and the UAE “at risk”.

There’s nothing particularly surprising about Western mainstream media and Western governments’ opposition to the Sino-Iranian pact, which symbolises a decisive shift towards the East by Iran, elaborates Mahan Abedin, a veteran journalist and analyst of Iranian and Middle Eastern politics.

“For more than 150 years Iran has looked to the West – and especially Europe – for trade, investment, education and general engagement”, he says. “Even the Islamic Revolution of 1979 did not stop this process and over the past four decades lively debates have raged inside Iranian policy circles as to the utility (or otherwise) of deeper engagement with the West. But the failure of the nuclear deal (JCPOA), coupled with European impotence in the face of US bullying, has resulted in a loss of faith in the West in Iran”.

The analyst points out that although the agreement may not be signed yet, “there is no doubt that both sides, Iran and China, are in the final stages of formalising a long-term pact, most likely of quarter-century duration”.

Both Tehran and Beijing appear interested in intensifying security cooperation, Abedin notes, rubbishing Western mass media assumptions that the People’s Republic would station military forces on Iranian islands in the Persian Gulf: “For a variety of constitutional, historical, political and ideological reasons Iran will never accept foreign forces on its soil”, he stresses.

Responding to sceptics who doubt the seriousness of the intentions of Tehran and Beijing, as well as China’s apparent fear of alienating the UAE and Saudi Arabia by teaming up with the Islamic Republic, the Middle East expert draws attention to the fact that “Iran is important to China’s Belt and Road Initiative in so far as it would allow the latter to secure its West Asian flank”.

“Iran is vital for overland access to Europe and in general Iran’s highly strategic location (with close proximity to Central Asia, the Arabian Sea, Europe and even Russia) makes the country very attractive for Chinese investors”, he highlights, adding that the People’s Republic is unlikely to drag its heels about Sino-Iranian collaboration over the threat of US sanctions or potential discontent from Riyadh and Abu Dhabi.

For its part, Tehran is likely to accommodate China’s needs as it “needs foreign investment to boost its infrastructure in a wide range of sectors and Chinese finance (and potentially know-how) can be helpful”, according to Abedin.

“Iran and China are two authentic Asian powers, arguably the two most important powers which dominate the Asian continent at both ends”, the political analyst says. “There is deep mutual respect between the two countries and it is only fitting for them to align more closely at the economic, political and potentially even military levels”.

Touching upon Washington’s unilateral sanctions regime against the Islamic Republic, the Iranian journalist emphasises that the Trump administration’s policy of “maximum pressure” has clearly not worked.

“Iran is a resilient country with an expansive foreign policy”, Abedin observes. “Moreover, Iran has been used to sanctions for four decades and so it has developed the know-how to circumvent and defeat sanctions. Furthermore, the Iranian economy is more complex and self-sufficient than most realise and this economic resilience means Iran can continue to function – indeed to thrive – in the absence of selling crude oil”.

Moreover, Tehran openly defied US unilateral restrictions and threats by stretching out a helping hand to Venezuela, a Latin American state suffering from Washington’s embargo. Last summer, the Islamic Republic provided Caracas with half a dozen cargo ships’ worth of fuel, food, medical supplies, and spare parts for its oil industry. In July, Iranians opened a new grocery store, Megasis, in eastern Caracas featuring over 2,000 products from the Middle Eastern country.

On top of this, an August United Nations’ vote gave a bloody nose to the US by rejecting the White House’s resolution to indefinitely extend a weapons embargo on Iran envisioned in the 2015 Iran nuclear deal ahead of its expiration on 18 October. Out of the 15 UN Security Council member states, the resolution was hailed only by the US and the Dominicans, and objected to by Russia and China, while 11 countries abstained.

According to Abedin, the Sino-Iranian pact “will have a larger impact on Iran’s global policy in so far as Iran will feel less constrained and menaced by American pressure”.

“Certainly, if the Sino-Iranian pact develops into a formal alliance in due course (and that’s a BIG if), then Iran will feel more confident in playing a more active global role, for instance by investing more heavily in Latin America”, he suggests.

At the same time, the accords are unlikely to change the fundamentals of Iran’s regional policy, the political analyst highlights: “Iran deploys the Axis of Resistance, a political-ideological construct with strategic effect, to advance its policies across the region, notably in relation to flashpoints such as Yemen, Syria, Iraq and Lebanon”, he says. “The Sino-Iranian pact is not going to change this”.

The bottom line of the unfolding Sino-Iranian strategic partnership is that it is consistent with the Islamic Republic’s national interests and will help safeguard the country’s national security, Abedin concludes