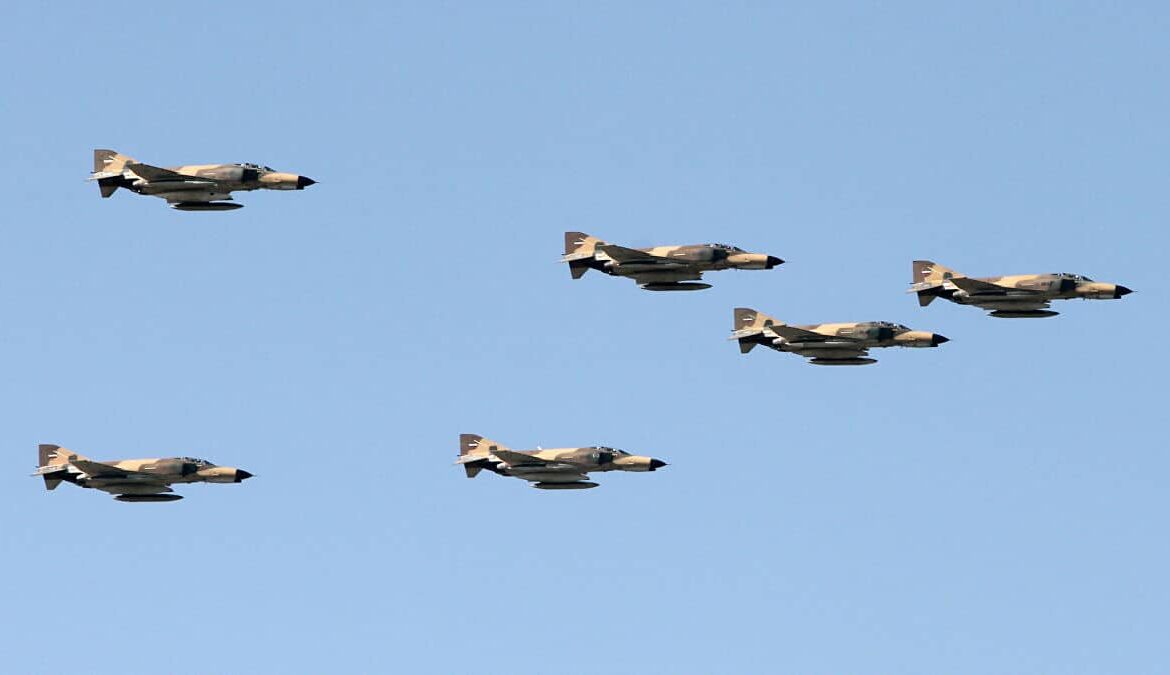 Iran can strike 54 US military bases across the Middle East: retired Lebanese general

Retired Brigadier General Amin Muhammad Hoteit of the Lebanese Armed Forces said that Iran has the ability to access 54 military bases scattered in the region and threaten the security of 65,000 American soldiers.

In an interview with the Tasnim Agency of Iran, Hoteit said that the Iranian attack on the US forces at the Ain Al-Assad Airbase in Iraq showed that the Islamic Republic is capable of targeting up to 54 bases across the Middle East.

The university professor explained his point of view, saying: “Because Iran, when it proves its ability to reach a military base of this size and with these defensive capabilities, suggests by striking it that it has the ability to reach 54 military bases scattered in the region, and it can threaten the security of 65,000 American soldiers.”

He pointed out that Iran’s ability to achieve this through it can reach “the major economic strategic goals of America’s allies, followers, and tools in the region.”

Hoteit claimed that the Ain Al-Assad Airbase attack “instilled in the American mind the fear of response because he was not satisfied with his own military capabilities that would enable him to prevent Iran from responding and thus there was a mutual fear of slipping.”

The retired brigadier general specified what he described as the three angles through which the Iranian missile attack on the American Ain Al-Assad base should be approached, saying that it is the strategic angle, the political angle, and the purely military angle.

He explained that the strategic angle is the decision to bomb Al-Qaeda with missiles launched from Iran, stressing that the announcement of this includes a major strategic change because it is directly related to breaking American prestige.

Hoteit said: “When Iran took the decision to bomb Ain al-Assad, he broke this prestige and surpassed it and opened the door to a new era of confronting the United States.”

Regarding the political angle, he stressed that it relates to Trump’s promises of security after the killing of Qassem Soleimani, which the Ain Al-Assad strike proved completely opposite.

As for the military angle, Hoteit confirmed that the strike proved that Iran possesses the military capabilities that enable it to accurately hit any American target despite America’s air defense systems.