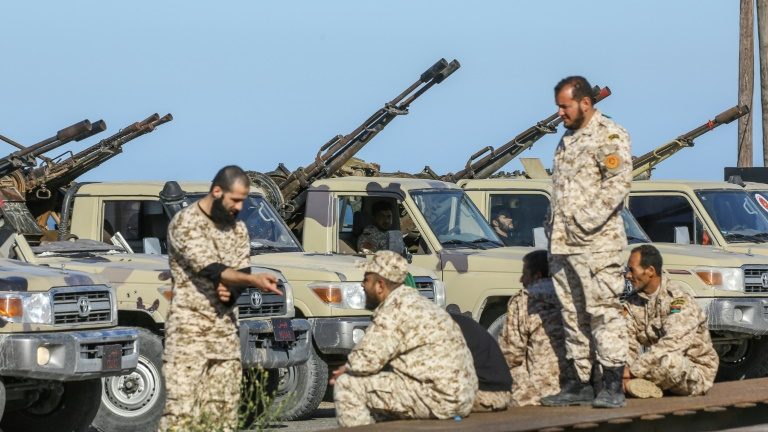 The relative settlement between the Government of National Accord (GNA) and the Libyan National Army (LNA) of Khalifa Haftar and subsequent cessation of hostilities in Libya could have been seen as a positive sign for a long-term truce in the country. However, experts are now raising an alarm as a new terrorist hub is forming on Libya’s southern borders. In the western part of the country, many factions have been left without a livelihood. They are no longer being paid for the war so the militants are shifting to the south, where the largest oil reserves are located.

A row of groups under the Zintan Military Council, headed by Osama al-Juwaili, brigades from Misrata, and formations of al-Zawiya are involved in the movement to the south as well. Units of the head of the former Qaddafi regime general Ali Kana provide support to these illegal forces intending to raid through the south of Libya.

A de facto state border at the south of Libya doesn`t exist – there is only one on the map. The Arabs, Tuaregs, and Toubou people living in southern Libya are closely connected with the Arabs, Tuaregs, and Toubou people of Chad, northern Mali, Niger, Algeria, Sudan – all the countries where terrorist and criminal networks are highly developed. Terrorist groups – including offshoots of ISIS (Daesh) and Al Qaeda – are increasingly active in the Sahel region.

After the assassination of Chadian President Idriss Déby in a military clash with the Libya-based group FACT in April, the situation in Chad itself had become even more complicated. Chad had been the main force that had successfully fought terrorists in the Sahel. As a result, terrorists and radicals from North Africa, West Africa, Sudan, and the Sahel are flocking to the area of Lake Chad – and then to the Libyan border. Islamists from the Central African Republic, defeated by the CAR army supported by Russia, are also fleeing to them.

It is noteworthy to keep in mind who can be possible beneficiaries of such a tense situation. The USA is, for instance, well-known for its geopolitical interests in Africa – and for quite questionable methods of maintaining these interests.  It is not unlikely that the US authorities might increase their influence in Africa under the pretext of fighting terrorism – while basically by supporting and feeding the militants. In addition, the USA can create zones of instability in the region where Russia and China are actively seeking to participate. Europe, as a natural rival to the US, might face negative consequences with increased migration and terrorist pressure.

Some experts believe that the example of US politics in Sudan is especially apparent in existing circumstances. In Sudan, since the overthrow of Omar Bashir, the army and security services had been purged. As a result, thousands of former military personnel joined terrorist gangs –to survive in the clutch of an unstable economy and severe poverty.

France may also be involved in this strategy. Its units in the region seem to have no interest in fighting against terrorism. Instead, they are fighting against French competitors in the CAR.

However, the rise of the terrorist threat in the region is not only an African problem. Through Libyan territories, Islamists might have access to the Mediterranean: they can move on to Syria and by such a migration create a big threat for Lebanon. Not to mention an utterly negative aftereffect for the whole Middle East – and for Europe that suffers now both from the coronavirus pandemic and the migration crisis.

The global war on terror should be about rooting out all terrorists where they attempt to establish.  However, some western nations have long been manipulating terrorists to western political benefit in various parts of the world.  A middle-eastern leader warned the west about feeding a monster, such as a terrorist because the monster can turn on its master and bite them. Western nations have experienced terrorist attacks by followers of Radical Islam, notably France.   Africa is now the scene of western democracies manipulating terrorists for their political agenda.  With boatloads of migrants from Africa landing in Europe almost daily, the consequences for the security of Europeans hang in the balance.