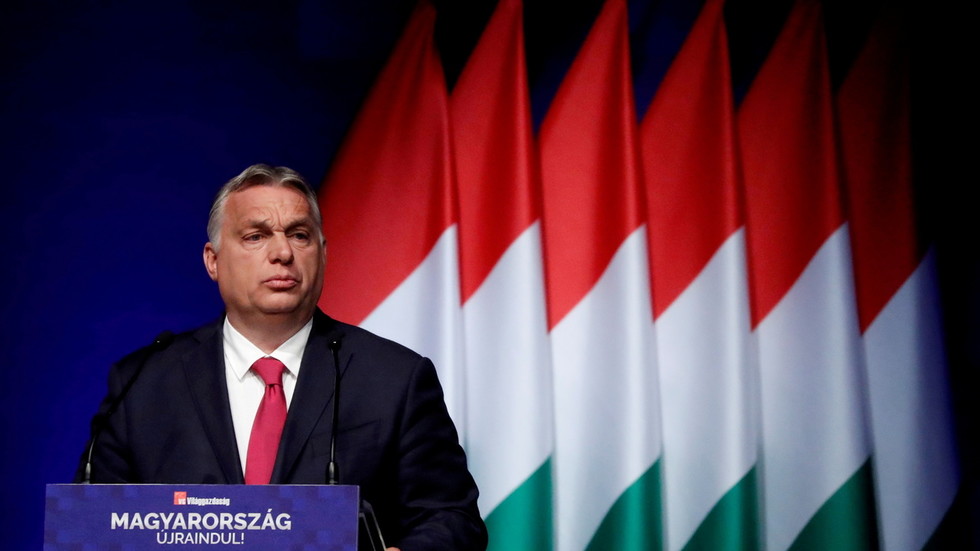 Hungarian PM Viktor Orban said his country is a target for criticism from the US and its Western European allies because the leftist ruling elite can’t tolerate living proof that a conservative, Christian nation can thrive.

“The problem is the success,” Orban told Fox News host Tucker Carlson, in an interview that aired on Thursday night. “It’s a real challenge for the liberal thinkers that what is going on in central Europe . . . is building up a society which is very successful economically, politically, culturally, even in demography.”

Orban said the success of Hungary and other central-European nations is based on fundamentals that are “totally different” than the political ideology that dominates most Western countries.

The Western liberals cannot accept that inside the Western civilization, there is a conservative national alternative which is more successful at everyday life, at the level of them – the liberal ones.

“That’s the reason why they criticize us,” Orban added. “They are fighting for themselves, not against us.” He said, too, that Hungary is showing how a country based on traditional values, national identity and Christianity can be more successful than one based on “leftist-liberal government.”

The outspoken nationalist has clashed with European Union leaders and lost a staunch ally in Washington with Donald Trump’s loss to Joe Biden in last November’s US presidential election. Biden has portrayed Hungary and Poland as examples of “the rise of totalitarian regimes” and Orban as one of the “thugs” whom Trump supported. The EU has threatened legal action over Hungarian legislation that prohibits teaching of LGBTQ lifestyles to children, and the bloc has accused both Hungary and Poland of infringing democratic standards.

Orban emphasized in the Fox interview that Hungary and other central European countries are being governed based on the democratic will of their people. He said citizens across Europe broadly prefer governments that put the interests and security of their own people first. In fact, he said Hungary has already seen a trickle of inward migration from European Christians who prefer governance that better reflects their values, and he predicted that the trend may accelerate.

“We can’t exclude the future of the European history when there will be a new migration, from west to east – the Christians and the conservatives try to find a better home,” Orban said, adding: “We can’t exclude” that possibility.

One example of how the conflicting ideologies have played out is the European migrant crisis, which began in 2015. The Orban government refused to accept asylum seekers from non-EU countries, defying Brussels on “burden-sharing” demands as millions of migrants flooded into the region.

“This is not a human right to come here, no way, because it’s our land,” Orban told Carlson. “It’s a nation, it’s a community, families, history, tradition, language.”

Orban said western-European countries decided to begin a “post-Christian, post-national” new society, while Hungary chose to avoid the risks associated with such a transformation. Asked to assess how the former approach has panned out for Germany, which accepted millions of migrants, Orban declined to characterize the outcome, saying, “It was their decision, they took the risk, and now they got what they deserve. That’s their life.”

The international political landscape around Hungary has changed significantly this year, with Trump’s exit from the White House and the ouster in June of another pro-Orban ally, Israel’s Benjamin Netanyahu. “This is a totally new circumstance around Hungary,” Orban said. “For me as a politician, it’s a strong challenge.”

Among his concerns is that Western governments and NGOs will interfere in Hungary’s election next April. Orban said he considers it a certainty that there will be international interference.

“Obviously, the international left will do everything that they can do, probably even more, to change the government here in Hungary,” he said. “We are aware of that, and we are prepared for how to take the fight and fight back.”

The PM also expressed optimism that the US State Department wouldn’t be among the foreign entities that try to interfere, saying “sooner or later, Americans will realize that issues in Hungary should be decided by the Hungarians,” and Washington would be better off with a “not-loved, stable partner” than with a destabilized Hungary.

Orban’s Fidesz party faces a coalition that includes the Jobbik party, which has been accused of anti-Semitism, as well as the Socialists and four other parties. Carlson noted that American liberals and neo-conservatives are “rooting for” a coalition of “former communists and anti-Semites,” which is ironic in light of the fact that Orban was embraced three decades ago, when he helped lead opposition to the Soviet occupation of Hungary.

The Hungarian leader said he’s surprised that Western officials have accepted the “anti-Semite right” and ex-communists in Hungary, even as those parties run against a “pro-Israeli, pro-American, pro-NATO, Western-oriented government.” He added, “Especially the behavior of America is [a] totally new experience for me.”